CLICK HERE to see plant tour of new Lordstown Motors Corp. Lordstown Motors Corp, home of the soon-to-be-released Endurance, electric pickup truck, has released an in-depth video tour of the plant in Lordstown. The tour, guided by CEO Steve Burns, offers a first look inside the future home of ...

The National Weather Service confirmed that damage in the Brookfield area was caused by an EF-1 tornado on Sunday, June 16, 2019.

CLICK HERE to see video of collision Thursday night at the intersection of Parkman Road and West Market Street: WARREN - The first officer on scene of a deadly crash late Thursday told Trumbull County 911 dispatch, "start a squad, it's gonna be pretty bad." Provided by Warren police, a ...

SLIDESHOW: GM-Lordstown end of the line

A compilation of Tribune Chronicle photos taken outside the Lordstown General Motors complex on Wednesday, March 6, 2019, when the last Chevy Cruze was built and the plant was idled - perhaps forever. To purchase these images, go to cu.tribtoday.com .

The EF-1 tornado was described as 75 yards wide with wind speeds of between 95 to 100 mph, according to Paul Wetzl, meteorologist with Tribune Chronicle news partner WKBN 27, adding it traveled about 4.5 miles from Champion into Cortland. It hit the ground at about 10:25 a.m. Tuesday

A compilation of Tribune Chronicle images from the visit of "The Wall That Heals," a mobile Vietnam Memorial replica exhibit set up in Warren's Packard Park Aug. 15 to 19, 2018. Photos by R. Michael Semple, Bob Coupland and Burton Cole.

Here is a compilation of Tribune Chronicle photos of the 2018 Trumbull County Fair. (Photos by R. Michael Semple)

SLIDESHOW: Remembering MLK and his fight for equality

Here is a compilation of Associated Press images from the Martin Luther King Jr.-era, depicting America's unrest and civil disobedience in the fight for equality among people of all races.

The XXIII Winter Olympics are under way in Pyeongchang, South Korea, running until Feb. 25. Associated Press images from the Feb. 9 opening ceremony are available here. CLICK HERE for slide show.

NEW ORLEANS (AP) — A Louisiana school board's office went on temporary lockdown after getting death threats from around the world in response to widely viewed video of a teacher screaming while being handcuffed at a school board meeting. The threats have come from as far away as South ...

WARREN — Shock washed over Sarah Ryser’s face when her name was announced Tuesday as winner of the 2017 Twenty Under 20 award. “I really was not expecting this,” the Girard High School senior said. She indicated to the other 19 honorees and said, “Each and every one of you guys is so ... 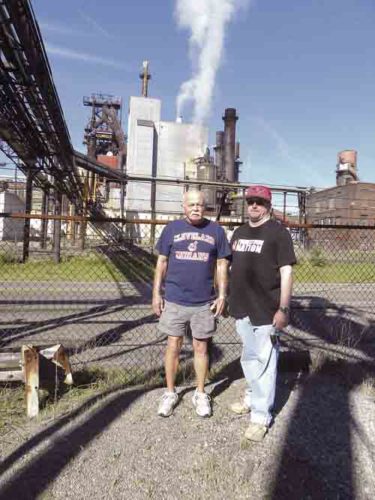 WARREN — Terry Thorpe said he feels a bit cheated that he was not given the opportunity to see the area’s last remaining blast furnace brought down Sunday afternoon. CLICK HERE FOR VIDEO FOOTAGE OF BLAST FURNACE RAZING: BLAST FURNACE “It’s disappointing,” said Thorpe, who spent 43 ...

Photos by Tribune Chronicle photographer R. Michael Semple and reporter Guy Vogrin reflect on the final goodbyes by family, law enforcement and community following his death in the line of the duy on Oct. 21, 2017.