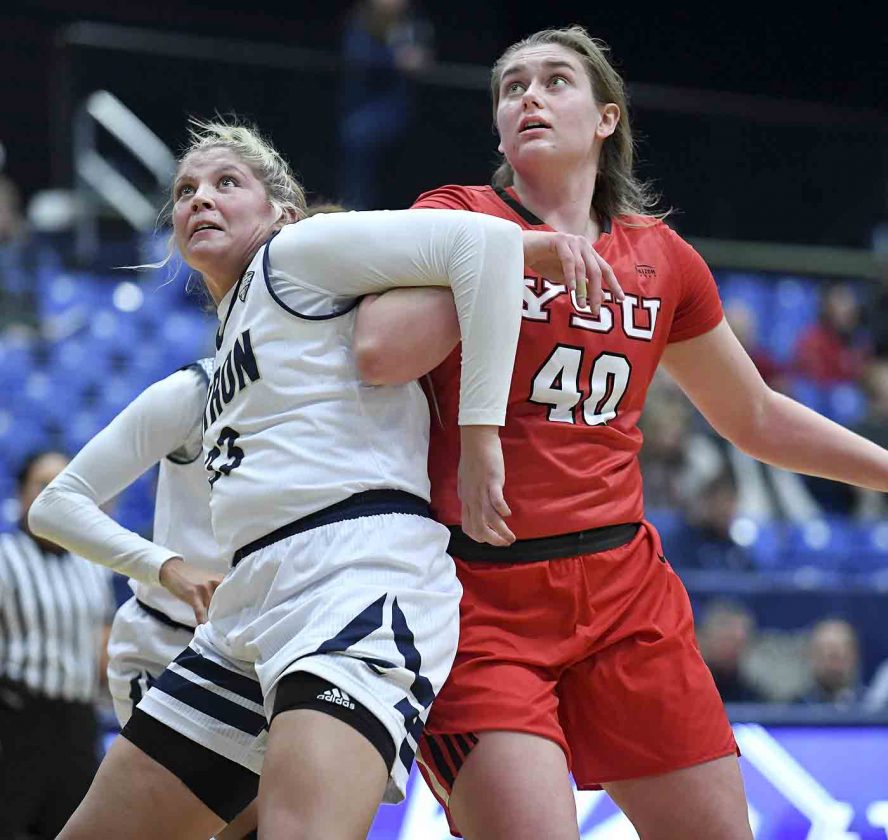 AKRON — If recent history shows anything, it’s that the James A. Rhodes Arena in Akron is not a place where the Youngstown State women’s basketball team has much success.

The Penguins haven’t won a contest at Akron since November 2011, and Wednesday night was no different as the Zips routed YSU by a score of 91-62.

“I thought we just struggled taking care of it,” YSU coach John Barnes said. “You know, if the first half it was 15 turnovers. I mean, shoot, 15 is too many for the whole game. We were a little shell-shocked not having Mary (Dunn) in there, she had 30 last game and now she’s not here.

“It felt like we finally figured out who we were and what we were about, and the newcomers kind of figured it out, how to get the ball inside. Then move from there, and then we come and we don’t have that presence in there, and then Emma (VanZanten) hurts her foot. It was kind of a bad deal all the way around.”

Dunn, the Penguins’ lone senior and a presence in the paint at 6-foot-3, wasn’t available for the contest due to an injury. 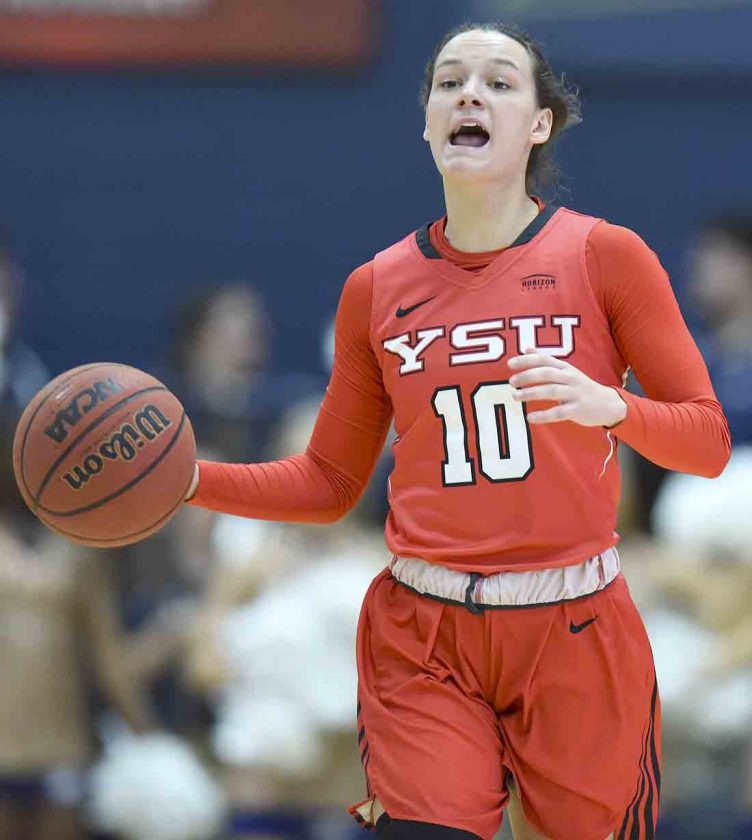 Correspondent photo / Robert Hayes Taylor Petit of YSU barks out orders while taking the ball up court during YSU’s 91-62 loss to the Zips at the James A. Rhodes Arena in Akron.

VanZanten, a 6-4 junior transfer from Western Michigan, suffered an apparent foot injury during the second quarter. Barnes said the team will have an update on her status next week.

Akron (3-1) started the game by taking a 13-2 lead n the first five minutes. YSU clawed back to make it a 19-14 game by the end of the first quarter, but that’s as close as YSU would get.

Akron shot 46% from the field and 38% from beyond the 3-point line, but its solid play on the defensive end of the floor forced 20 YSU turnovers. 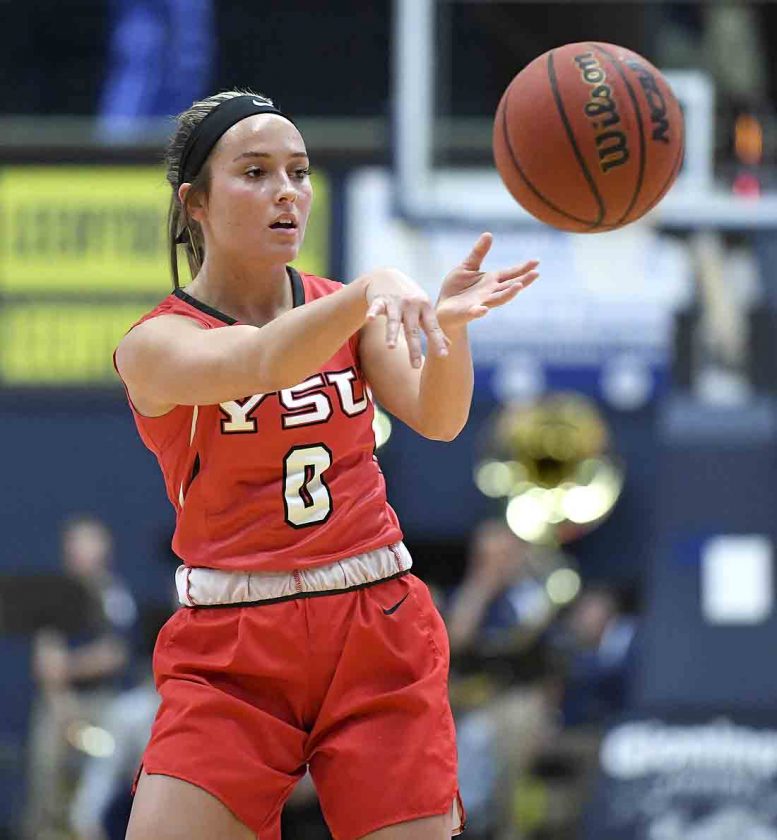 Correspondent photo / Robert Hayes Mady Aulbach passes the ball to one of her teammates during the first half. The freshman ended with a career high 11 points.

“We missed a lot of layups, I don’t think if we make all our layups that’s the difference in the game, but (it would have been) certainly a lot closer,” Barnes said.

“Again, we’re trying to put in a new offense during the game, you can’t do that. We’ve got guards guarding their 6-2 centers, and they got 14 offensive rebounds. It’s hard to ask a 5-5 guard to box out a 6-2 center, but that’s what we had to do in the second half.”

Junior McKennah Peters led the Penguins with 13 points. She said Akron fed off of YSU’s miscues

“I think they just fed off of our turnovers.” she said. “We turned the ball over 15 times (in the first half) so, when the opposing team turns the ball over, travels, or they take a charge on you, that’s definitely like a momentum booster for them. I just think they took that to heart and kept pushing and pushing and pushed the lead to 15 at the half.”

“Just go back, watch the film, learn from our mistakes and just see what we can do to improve,” she said.

The Penguins return to the court Saturday when they host the Wagner Seahawks (3-2) with tip-off set for 5 pm.