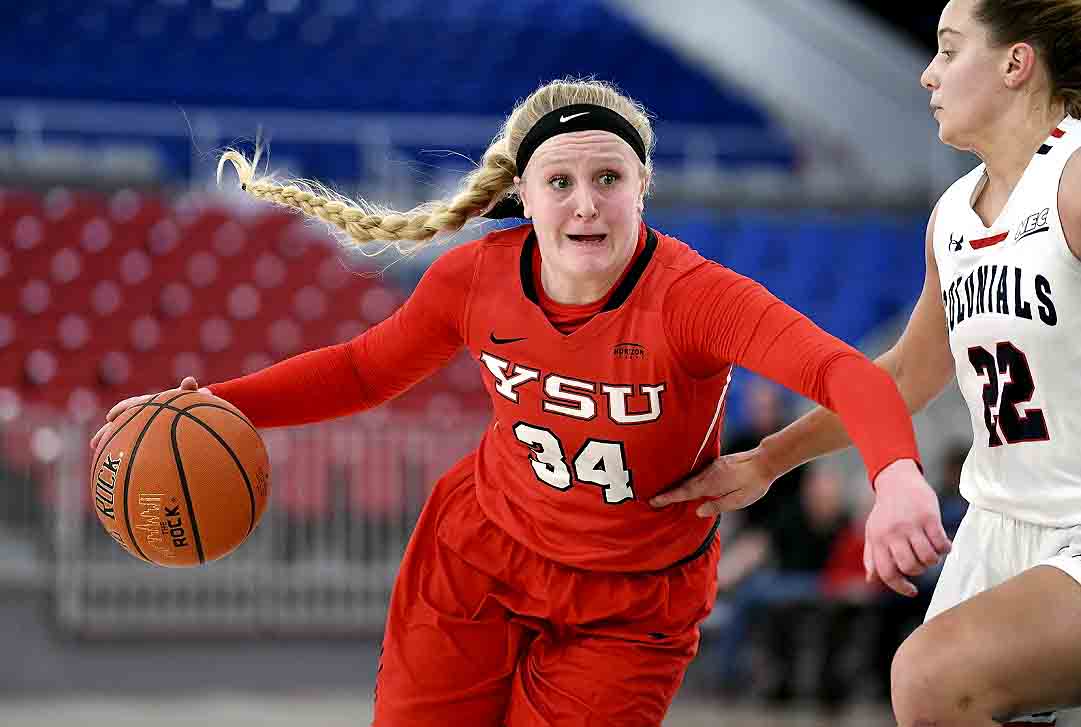 Correspondent / Robert Hayes Youngstown State’s McKenah Peters, left, drives toward the basket during the second half while being defended by Robert Morris’ Esther Castedo.

Correspondent / Robert Hayes Youngstown State’s McKenah Peters, left, drives toward the basket during the second half while being defended by Robert Morris’ Esther Castedo.

MOON TOWNSHIP, Pa. — The UPMC Events Center hosted its first women’s basketball game Wednesday on the campus of Robert Morris University and the Colonials christened the new facility with a dominating 58-43 victory over Youngstown State.

Turnovers and poor play on the offensive end of the floor doomed YSU, which coughed the ball up 25 times and shot only 29.4 percent from the field.

“Well, I felt their defensive pressure and physical play denying the wings created all kinds of problems for us.” Penguins coach John Barnes said. “I mean we’ve got to be more careful with the basketball.”

“We’ve got to make better decisions. We can’t pass it if the player isn’t open and we do that a lot. They’re not really open and we throw it anyway and it’s a turnover. We just kind of made just some poor decisions. We’ve got to work harder to get open so that the passes aren’t as difficult and it’s tough to when you’re not scoring the basketball. That kind of puts way more pressure on everything else so (opponents) can gamble a little more. They can deny a little more because we weren’t making many shots.”

The only time YSU held a lead was in the first quarter. The Penguins’ last lead of the game was 12-11 after Mady Aulbach hit a 3-pointer at the end of the period. 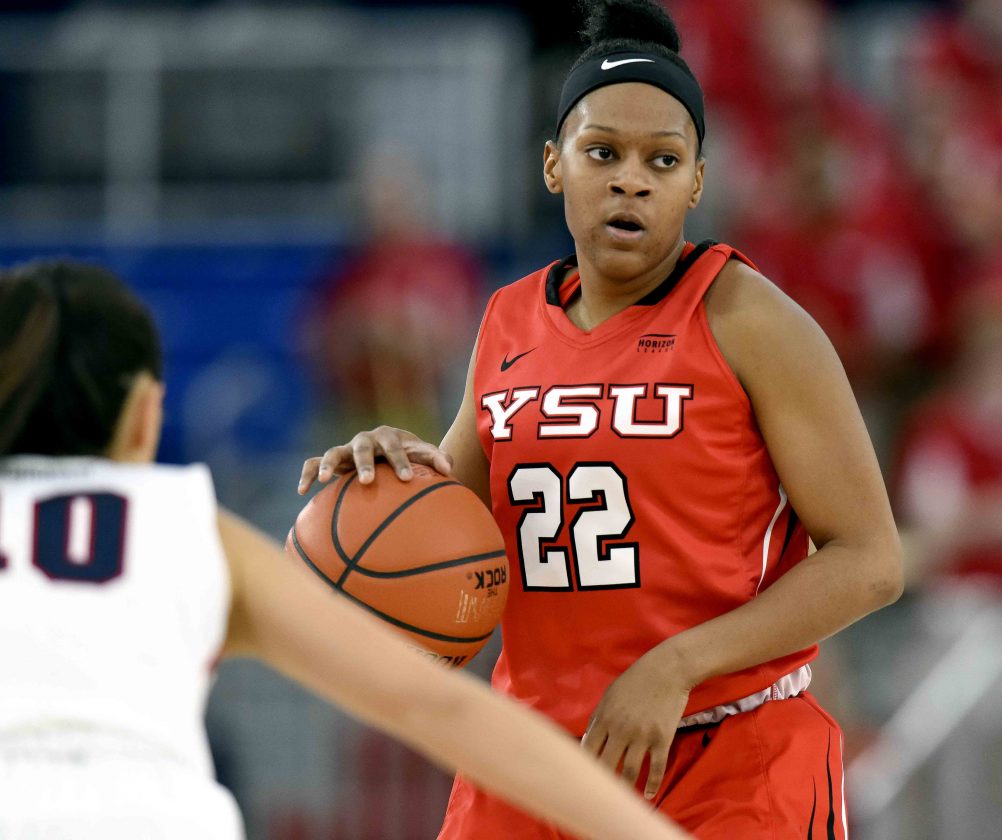 Robert Morris (2-1) regained the lead with 9:21 left in the second quarter and didn’t look back. The Penguins trailed just 24-19 at halftime, but a strong third quarter helped jump the Colonials’ lead to 41-28 entering the fourth quarter.

Senior Mary Dunn, who led the Penguins with 12 points, took responsibility for the loss.

“I think we were just playing soft, like we really need to pick it up,” she said. “I mean, I take this loss on me. I’m the senior, I’m the captain, I need to step up.

“I need to be making my layups so that our guards are getting assists and getting that feeling that, OK, we got to keep this up. So I think the biggest thing is that they just outplayed us on offense and defense.”

YSU (1-2) has dropped its last two contests with 47 combined turnovers, which is something that Dunn finds unacceptable.

“We had 25 turnovers and that’s so unacceptable,” he said. “We should have 25 turnovers in three games combined. The biggest thing is that we just need to buckle down and take care of the ball. I know it sounds simple, but that’s what we have to do.”

The season is still early, but Barnes thinks that his team’s non-conference schedule will eventually help his team’s growth.

“Robert Morris is probably an NCAA tournament team,” he said. “Kent State (YSU’s opponent on Nov. 9) is one of the best teams in the MAC. I mean our schedule is tough.

“With nine newcomers and a lot of players that haven’t played in two years trying to figure things out, I knew there would be some tough times, some ups and downs. I mean everybody wants us to win every game and so do I, but I knew that we’re going to take our bruises to get ready for conference season.”

YSU will play host to Eastern Michigan (1-1) on Saturday, with tipoff set for 11 a.m.