Defense the focus for upstart YSU 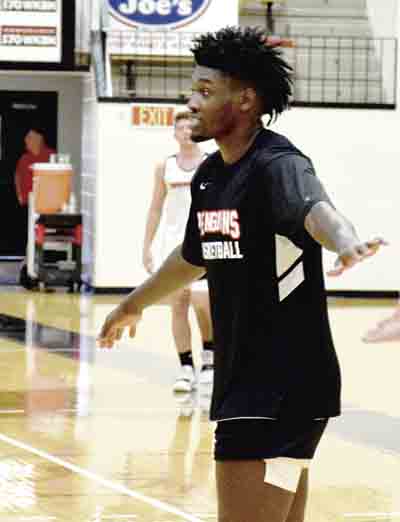 He remembers a Feb. 14 victory against IUPUI, trying to win possession. A Jaguars player’s shoulder stood between him and the ball.

The shoulder won, but Covington didn’t want to leave the game. A minute later, he wandered to the other side of the court and collapsed. The current 6-foot-5 junior guard had a concussion, one of a couple he has experienced throughout his playing career.

He’s cleared and back to his usual aggressive self, something the Penguins want to dramatically improve on this season. Giving up almost 79 points per game is not acceptable to YSU. The top two teams in the Horizon League last season, Northern Kentucky and Wright State, gave up about 10 less a contest.

“Emphasize that defense is the most important thing,” Covington said. “We have a lot of scorers. We know that. If we can lock in and play defense for a whole game, we’ll be deadly. Defense is the main goal.”

The standard Covington sets for the rest of the Penguins on the roster is something coach Jerrod Calhoun enjoys watching.

“Obviously his defense by example is really good,” Calhoun said. “He plays really hard. He’s a good on-the-ball defender. Also, he’s taken it upon himself to really help communicate our defense with his teammates. He’s got to be a catalyst for us on the defensive side of the ball.

“When he received the award on the all defensive team, he absolutely earned that. He takes great pride in his defense. We need four other guys on the court with him making sure they’re taking as much pride as he does.”

Defense will help YSU take an aggressive approach to improve on a 12-20 mark last year. Covington was one of the Penguins’ best with 33 steals and five blocked shots last season.

“The whole summer we’ve pretty much emphasized defense,” he said. “Our practices are defensive based for the most part. I think now it’s in our DNA. OK, let’s get stops, then we can score. That’s going to help us throughout the season.”

The only thing Covington needs help on is cutting guacamole. He cut his hand during the summer as he had to sit out some practices and wear a wrap to let it heal.

“Just a little slice of the hand,” Covington said.

This year, the Penguins hope to cut through some offenses.