Trip to Virgin Island was benefit to Penguins

YOUNGSTOWN — Coach Jerrod Calhoun had some extra looks at his team. It comes once every four years for NCAA basketball teams.

Youngstown State’s men’s basketball team had 10 extra practices this summer. The Penguins started to implement things offensively and defensively — something Calhoun and his staff started to see mature as the Penguins played three games during a mid-August trip to the Virgin Islands. Three games in three days against someone else, not just another intrasquad scrimmage.

It was the head start to the 2019-20 season the Penguins wanted and needed.

“I thought our defense made great strides,” he said.

Players are looking healthier and stronger this season.

“Guys in the weight room have bought in to the weight room,” Calhoun said. “Todd Burkey and Nick Calhoun has done a great job with guys putting on weight. They’re moving better.”

OUT OF ACTION: Sophomore forward Olamide Pedersen and senior guard Devin Morgan did not make the Virgin Islands trip.

Pedersen broke his left, non-shooting hand, earlier this summer. The 6-foot-8 post player has to get up to speed as he learns how to adjust his game.

“I did it when I played. I had the same injury,” said Calhoun, who played at Villa Angela-St. Joseph High School and Cleveland State University. “It didn’t require surgery. Put it in a cast. He’s moving it much better. We expect him to be fine.” 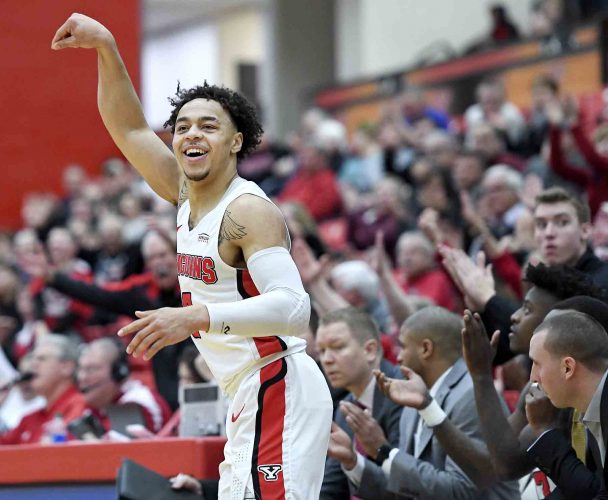