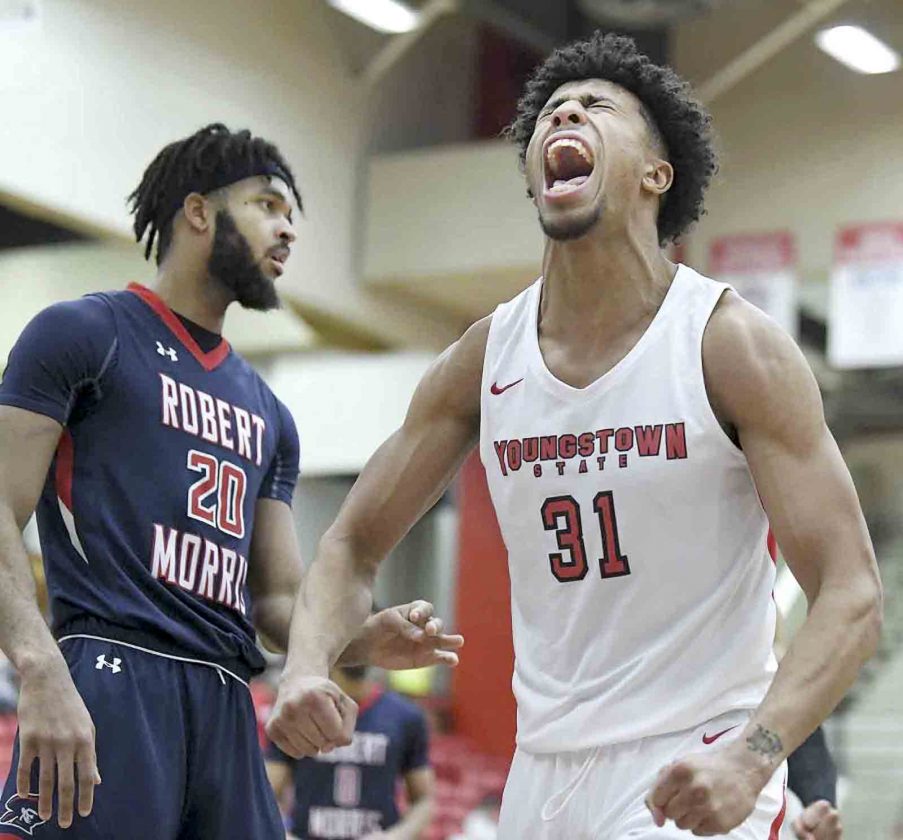 Robert Morris, the university located near Pittsburgh International Airport, was rumored for the past couple of years to be coming to the Horizon League.

CBS Sports’ Jon Rothstein tweeted out on Thursday that members of the Northeastern Conference were expecting Robert Morris to officially join the Horizon League for the 2020-21 season.

A text to Youngstown State University Director of Athletics Ron Strollo confirmed the move, and he said the official announcement could come as early as next week.

The Robert Morris men’s basketball team has won at least 16 games the past three seasons and won the NEC postseason title in 2020, but didn’t go the NCAA Tournament because of the COVID-19 pandemic. Robert Morris was 20-14 last season.

Adding a team like the Colonials to the Horizon League is nothing but a positive, YSU men’s basketball coach Jerrod Calhoun said. RMU is the first Horizon League team east of Youngstown since the Penguins joined in 2001, giving the Penguins two schools (Cleveland State is the other) within an hour of the YSU campus.

Robert Morris was scheduled to play YSU, 18-15 last season, in a non-conference game on Dec. 2, but the Penguins and all other Horizon League teams will play the Colonials twice — giving each league team 22 games on their schedule. League games would start in December.

“You’re seeing that with the Big Ten and the other Power Fives,” Calhoun said. “I think people love conference play. People are interested in league, more than non-league play.

“I would be in favor of 22 league games. With Robert Morris and Cleveland State being an hour away, your fans have access to get to those games on the road. I love it.”

Calhoun said he anticipates the Penguins adding another non-Division I opponent to the schedule. He said the Horizon League is encouraging its members to get more home non-conference games — 55 to 60 percent.

“One, it’s so late,” he said. “Number two, with the COVID stuff, it would be smarter to schedule a home game. Third, you don’t have a home and home. You don’t have the return game the following year.”

Purdue-Fort Wayne has 14 sports: baseball and softball, along with men’s and women’s basketball, cross country, track &d field, volleyball and soccer. PFW is the only Horizon League team to offer men’s volleyball.

Robert Morris and YSU are the only two football schools in the Horizon League. YSU is part of the Missouri Valley Football Conference, while Robert Morris is seeking a new conference. Alan Saunders of pittsburghsportsnow.com wrote in a June 4 article that Robert Morris could be headed to the Big South Conference which also includes Monmouth, Kennesaw State, Charleston Southern, Campbell, Gardner-Webb, Hampton, Presbyterian and North Alabama.

YSU’s women’s lacrosse team is in the Mid-American Conference with play scheduled to begin in the spring of 2021 with Akron, Central Michigan, Kent State and Detroit Mercy. Robert Morris could likely be a sixth school to join the MAC in that sport.

No racing at Sharon

The Ohio Department of Health has mandated activities to be limited in the state of Ohio due to the continued ...

CLEVELAND — The spotlight for change is shining on the Cleveland Indians. Now that the NFL’s Washington ...

The Pittsburgh Penguins opened training camp Monday after voluntarily sidelining nine players who may have had ...

16U DuraEdge 4, Avalanche 0 – Caleb Jones had two hits, including one double, and scored once, Braden Gebhardt ...