Struthers star Ryan is right at home as Penguin 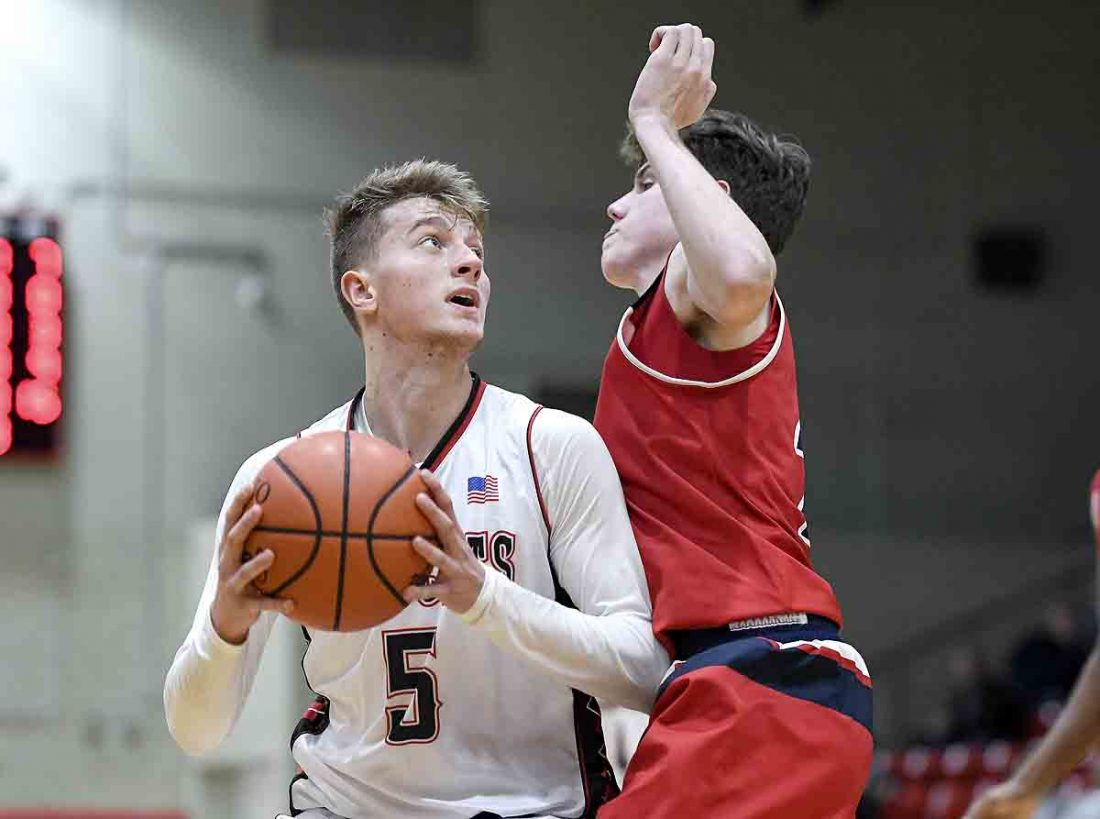 The last three years Carson Ryan has been a fixture on the Youngstown State University campus, even though he’s been attending Struthers High School.

The 6-foot-6, 185-pound Wildcat guard spent time getting to know YSU men’s basketball coach Jerrod Calhoun, who will begin his fourth year with the Penguins this fall.

Camps, open gyms, practices — Ryan’s been at them all.

He’s seeing plenty of games inside the Beeghly Center, watching a team he desperately wanted to join.

Ryan, who will be a business major, wanted to be a part of the growth in downtown Youngstown. Late Friday night he announced on Twitter his decision to commit to YSU as a preferred non-scholarship player.

Putting on that Penguins uniform, it’ll mean more to him than anything.

“It’s going to mean everything,” he said. “It’s something I’ve been dreaming about since I was a little kid. Having the Y on my chest is going to be a great feeling.

“I think it’ll push me to work harder and do more things with that, too.”

Struthers coach Mike Wernicki, who spent 12 seasons as a YSU assistant with former coach Jerry Slocum, said Ryan is much different than other players because of his potential physically.

Ryan averaged 15 points, 7.5 rebounds and 3.1 assists per game for the 21-4 Wildcats, who made it to the Division II Boardman District title game.

“It’s going to take him a little while,” Wernicki said. “This isn’t a six-month or 10-month type of deal. This is going to be over two, three years as his body gets stronger from top to bottom. He’s only going to get better as a player. That’s a great thing for him, especially to have a redshirt year next year. That’s going to be huge.

“When you look down the road as a redshirt sophomore, kind of a third-year college player, he’s going to look a lot different than he does today. That’s a good thing for him.”

Ryan is going to be ready to take on any challenges YSU throws at him from day one. He’s remaining prepared with workouts and meditations.

Wernicki said going to the Penguins was the best fit for Ryan, especially with the coronavirus pandemic. There’s so much uncertainty about the future.

Ryan had offers from Virginia Military Institute and Fairmont State.

Wernicki said under normal circumstances Ryan would be playing AAU basketball right now. College coaches would be seeing a player with a lot of physical potential and someone who carries a 3.7 GPA.

Wernicki added that playing right now on the AAU circuit might have garnered another three to four Division I offers.

In this current atmosphere of pandemic, the ability to stay close to home is the right decision, said the Struthers coach.

“I’m happy for him and the decision that he made,” Wernicki said. “It’s a win-win for both parties. YSU gets a great kid from a great family, very high academic. A lot of the things that he does well kind of fit with the style that they like to play.

“His three best attributes are that he competes, how he rebounds and his ability to shoot the ball. You put that in a system like we played this year, there’s a lot of floor spacing and stuff like that, I think that’s a good place for him to go and develop. I know how much he really wanted to be there. That’s a big deal, too.”

So what’s the best advice for Ryan heading into YSU?

“Attack practices next year as if they are his game days,” Wernicki said. “Embrace the situation. Work as hard as he can in the weight room. That’s my advice.

“I’m going to sit down with him and his family on what to expect from all this.”

Wernicki said Ryan is going to be like a piece of clay Calhoun and his staff can mold into what they need him to be as a player.

“A lot of times you take kids and you’re their best option,” Wernicki said. “Carson has made no bones about it. He wanted to go there from day one. They’re going to get somebody who is going to be all in for what they’re doing and who they are. That’s the big thing. That’s a big advantage to not only growing into the best player he can be, but the best ambassador for the school and the best teammate he can be. It’s a good situation all the way around.”

Ryan knows about the grit, the persona of this YSU team coming off an 18-15 mark — ready to fight for the Horizon League title next season.

“I’m going to bring a lot of that to the team,” Ryan said. “I already know the team has a great atmosphere. I think bringing my unselfishness and my hard-working abilities will help.”