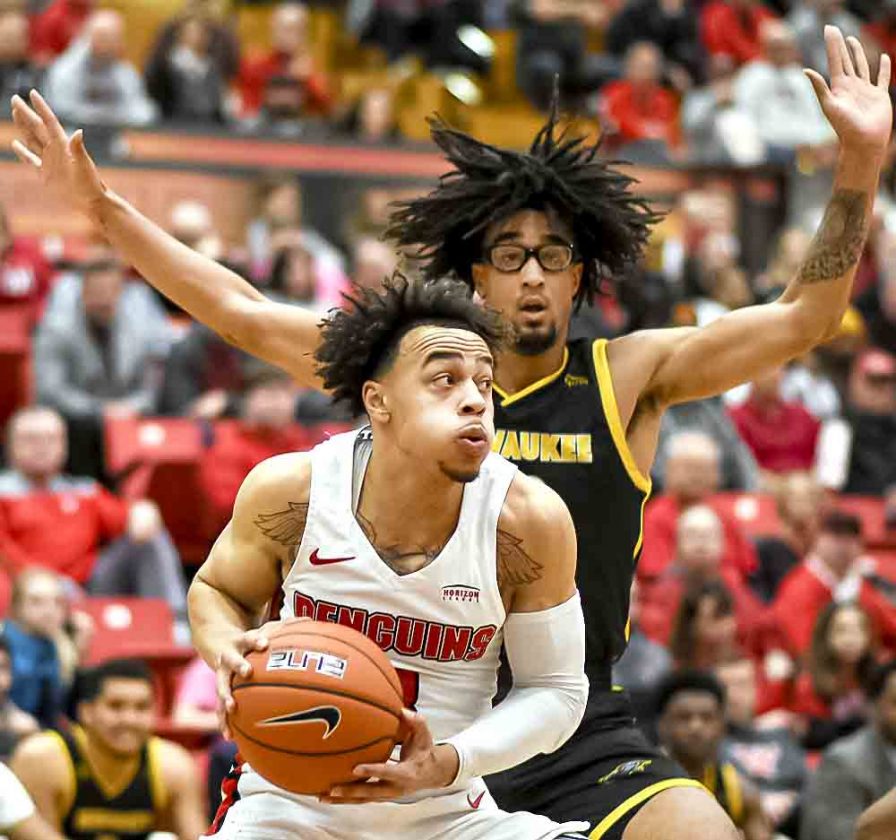 The notification goes off on Darius Quisenberry’s phone.

They cannot get together, shoot around in the Beeghly Center in Youngstown. Their interaction is limited to a long distance chat from Quisenberry’s home in Springfield, Ohio, to Bohannon in Lorain.

The coronavirus (COVID-19) pandemic has wrecked the sporting world. Social distancing is the new normal as baseball fields, basketball courts and other athletic venues are eerily empty.

Athletes like these two Youngstown State University men’s basketball players are practicing on their own with Gov. DeWine’s stay-at-home order. All Quisenberry and Bohannon can do is talk to each other and their teammates and coaches, along with keeping themselves as fresh as possible — ready for when offseason training finally resumes.

Quisenberry is fortunate. His father, Richard, knows someone who has a gym behind his house near their home, so Darius can get in some workouts.

His thoughts are always about getting better, even though the 6-foot-1 sophomore guard had averages of 16.6 points, 3.6 rebounds, 4.2 assists and 1.5 steals per game in the 2019-20 season. He ranked fifth in the Horizon League in scoring and assists per game, fourth in assist-to-turnover ratio (1.5), sixth in field-goal percentage (.422), steals per game and free-throw percentage (.792), and 13th with 1.5 3-pointers made per game.

He also averaged 18.2 points, 3.8 rebounds and 4.8 assists per game against Horizon League opponents.

Quisenberry is 10 points away from 1,000 in his YSU career, a feat which would have been achieved had the Penguins played in the CollegeInsider.com Tournament. That, like other sporting events, evaporated just like crowds all over the United States.

“I feel bad for Zoomi (Donel Cathcart III) and Dev (Devin Morgan) because they don’t get another game. For us coming back, it makes us more hungry,” Quisenberry said.

Quisenberry was honored as a first-team Horizon League player. Last week, he was named to the National Association of Basketball Coaches All-District 12 second team. He is the first YSU sophomore to receive this honor. Former YSU players Kendrick Perry and Cameron Morse also were named to those teams.

“It’s a great honor to get the award and things like that,” Quisenberry said. “Obviously I’m not satisfied with second team. I’ll take it. There’s a lot of good players who got it. I’m not going to knock the award. For me, personally, I’d rather have first team. I’m only a sophomore. There’s more chances.”

The team’s main focus is winning the 2020-21 Horizon League championship and advancing YSU to its first NCAA Division I tournament.

“Most definitely looking forward to a record-breaking season,” Quisenberry said. “We can only get better. We worry about each other. We’re going to understand each other more.

“I think toward the end of the season we started to gel pretty well. Just find out more about each other, understand each other more on the floor — what guys can do, what guys can’t do, who needs more help on defense and things like that. Just playing hard and playing for all 40 minutes.”

He is confident the Penguins will learn from this past season and be a legitimate contender in the Horizon League.

“We know what it takes to win a league championship. We let some games slip away that we should’ve had. We learned from it,” he said. “I think that’s what the fans have to look forward to because of that. We’re going to come back stronger, better. I think we’re looking forward to being 2020-21 league champions in Youngstown.”

For now, Quisenberry, his teammates and coaches are looking at last year’s games, trying to learn from them. They’re breaking down the offensive and defensive moves from the 18-15 season.

“We all stay in touch and things like that,” he said. “We’re bored. There’s not much else to do. We’ll call each other and talk on the phone a lot.”

It’s what they can do until things get back to a sense of normal.