Links to Valley found in Arizona

My idea of paradise is to get away for a few days, head for the sun of the southwest and take in a few spring training baseball games.

The experience last week at the Goodyear, Arizona, training camps of the Cleveland Indians and Cincinnati Reds, plus side trips to Las Vegas and Prescott, Arizona, turned up a few former Mahoning Valley residents and former players from the Valley’s minor-league baseball team.

¯ John Brown, son of Warren at-large Councilman John Brown and former assistant athletic director at Youngstown State University, is now business development director for the city of Goodyear’s ballpark, which is the spring home of the Reds and Indians. The ballpark has a spring training game each day of the six-week Cactus League schedule and Brown usually puts in 10 to 12 hour days.

The city of Goodyear has experienced extensive growth in the last decade. Currently, Brown says, on average 300 people move into town each week. The jobs are plentiful as the expansive city about 20 miles west of central Phoenix off busy Interstate 10 boasts dozens of warehouses and distribution centers.

Brown’s main job is to keep the Reds and Indians organizations happy during their stay in Goodyear. The teams now have dormitories on campus to house the scores of minor leaguers. This spring, some 153 minor leaguers from the Cleveland system have come down to Goodyear to train, including many former Mahoning Valley Scrappers.

¯ One of the many coaches helping hit fungoes to the young prospects is Dennis Malave, a member of the original Scapper team of 1999 who played three seasons at then-Cafaro (now Eastwood) Field. Malave, who has spent the last 15 years coaching in the Indians organization, made his managerial debut last season with the Scrappers. Previously he had been the Scrappers’ hitting coach in 2010.

This season Malave said he will be managing at the Indians’ Class A Lynchburg franchise.

¯ Two former Mahoning Valley Scrappers who will be moving up to Lynchburg with Malave this season are shortstops Brayan Rocchio and Aaron Bracho, who are among the 153 in Goodyear camp. The pair recognized my Tribune Chronicle credential and came up to us in between infield and batting practice to tell us how much they enjoyed their time in the Mahoning Valley. The two farmhands, plus Malave, also asked us to give good wishes to all the Scrapper fans.

¯ Those going to Goodyear this year should look at the covered seats down the third base line. About three rows from the top, behind the beer stand, are the seats of Greg Rosenbaum and his wife Marti. The Rosenbaums make it to about 150 major league games per year and they are daily visitors to Goodyear Ballpark. Greg Rosenbaum is a managing partner of the Mahoning Valley Scrappers and full owner of the Dayton Dragons minor-league affiliate.

Rosenbaum said his fellow minor league owners are in the midst of getting some U.S. mayors to write to the editors of newspapers urging Major League Baseball to not contract minor league teams, including the Scrappers, after the 2020 season.

Rosenbaum said he can’t say much now about the situation, hoping the negotiations will go well and the Scrappers will survive into 2021. Those Mahoning Valley baseball fans hoping to Save the Scrappers can also join the letter-writing campaign. 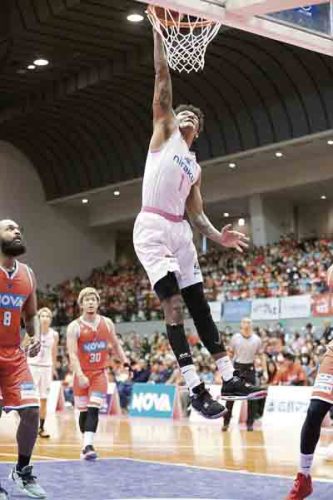 There are no catcalls from vendors, enticing customers with their goods; or baseballs smacking into the leather of ...