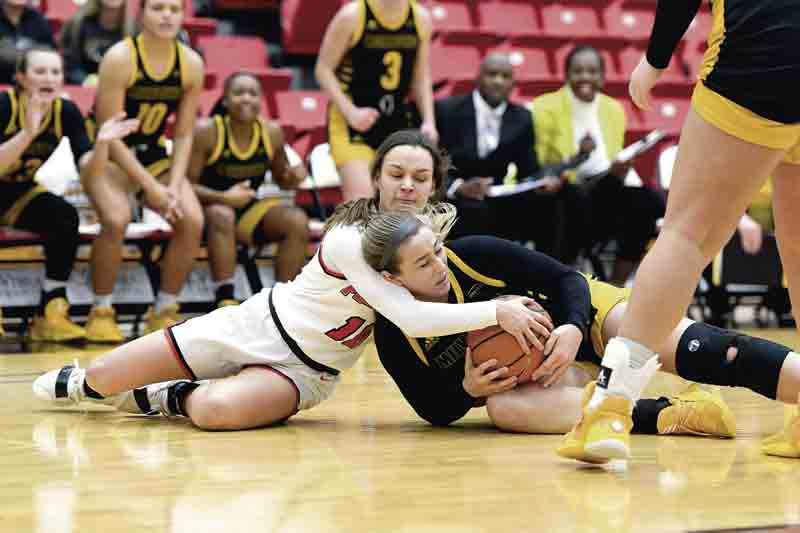 YOUNGSTOWN — John Barnes felt something was amiss Sunday afternoon, in the early moments of the Youngstown State University women’s basketball game against Milwaukee.

YSU lost a hard-fought, double-overtime game to the Horizon League’s usual suspect for a conference championship — Green Bay — a few days ago.

The Penguins had five freshmen on the floor at one time against Milwaukee, only playing with nine active players. The rest were in street clothes. Barnes doesn’t have answers when McKenah Peters, Mary Dunn, Emma VanZanten or Amara Chikwe are all out with injuries. Lexi Wagner is already out for the season with an ACL tear. The narrative hasn’t changed for the ailing Penguins.

They’ve fought throughout the shorthanded process, winning two last weekend at Oakland and Detroit Mercy. Sunday was different as they suffered a 74-62 loss to the Panthers at the Beeghly Center.

“A lot of that had to do with what Milwaukee did,” Barnes said. 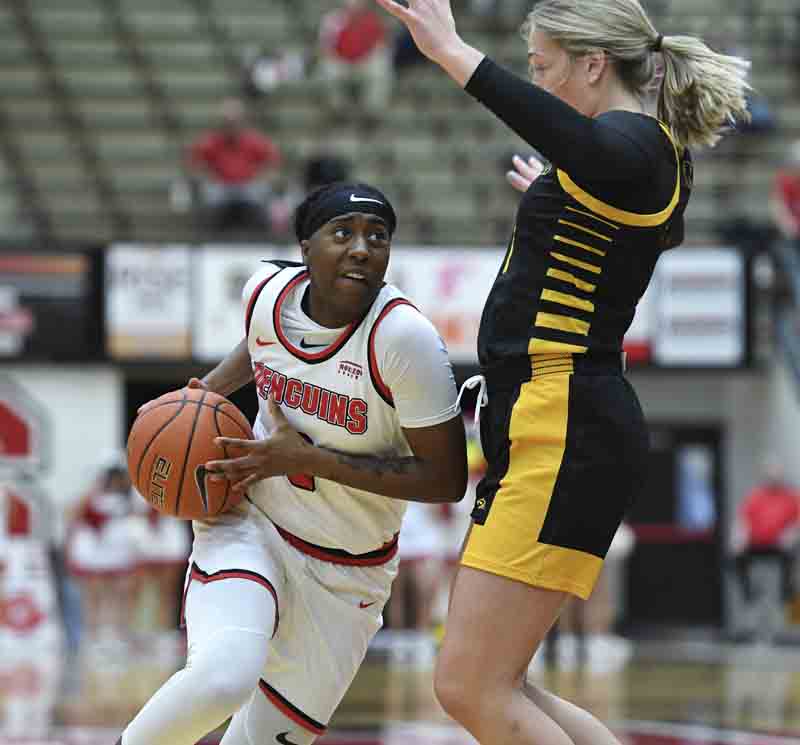 Milwaukee’s game at Cleveland State was on a Friday morning, while YSU’s double-overtime loss to Green Bay was a night game.

YSU (11-9, 4-5 Horizon League) whittled down a 16-point, second-quarter Milwaukee lead to one when Ny’Dajah Jackson made a jumper with 3 minutes remaining in the third quarter. The Penguins got no closer as the Panthers’ advantage became double figures again with about 3 minutes left in the game.

Between that span, Twitter started to trend quickly on the death of former NBA superstar Kobe Bryant, who died in a helicopter crash in California on Sunday. Saturday night, Los Angeles Lakers LeBron James moved past Lakers legend Bryant in career points.

Bryant’s death reached all facets of the game.

Barnes took a pause following the game, saying how Bryant’s influence changed the game of basketball.

“It’s devastating for the basketball world,” he said. “I pray for his family, the Laker family, everyone involved — the millions all over the world of hurting people right now.”

Bryant wasn’t just influencing the men’s game but the women’s game as well. His 13-year-old daughter, Gianna, also passed away in the crash. Bryant was active and influential in his daughter’s basketball comings and goings.

Petit said her game has been based off the teachings of Bryant. Her father, Nick, came down during the post-game at the Beeghly Center and told her about Bryant’s passing.

“I didn’t believe him at first,” she said.

Twitter had plenty of skeptics at first as well.

“I based my mentality off of him, known for his Kobe mentality,” Petit said. “I play how he played, just give it all. It’s really sad.”

Thursday, YSU is at UIC, starting at 8 p.m., where the Penguins hope to give a better effort.

“We have to go in day in and day out, fight as hard as we can,” Petit said. “You have to put a bunch of heart into it, put all that in there. We came close, but at the end of the day we didn’t execute down the stretch. We’d didn’t stop their players. It sucks, but it’s a learning experience.”