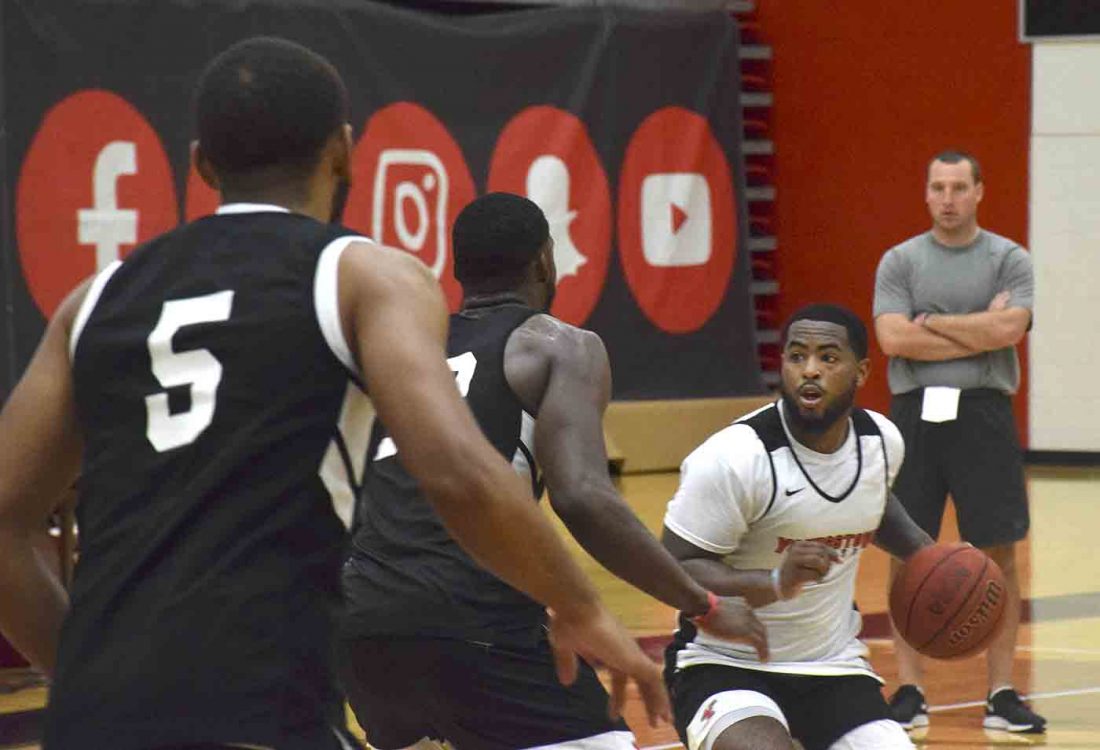 YOUNGSTOWN — Devin Morgan was driving down a two-lane road near his hometown of Chester, Virginia, just south of Richmond.

The Youngstown State University senior guard had both hands on the wheel, focused on the road.

But something wasn’t right, his muscle memory failed. Morgan’s eyes remained affixed on the road, but he saw a body of water nearby while driving this past summer.

He froze. Morgan had a mini-seizure and the car fortunately rested in a ditch, a drainage area. He was lucky.

“I literally watched it happen, and that’s what the scariest part about it,” Morgan said. “My eyes are open. I was shaking in the car. I couldn’t move the wheel. I drifted off the road into a ditch. Luckily there was drainage there that stopped my car from going right into water.”

The incident stemmed from Morgan’s bout with sleep apnea in which breathing repeatedly stops and starts, resulting in limited rest patterns — two to three hours of slumber if he was lucky.

The problems started last season, getting progressively worse as the days progressed. His energy levels were low, not good for someone who went to bed at 2 to 3 in the morning and got up at 6 a.m. — not by choice.

Physically, he was exhausted before practice sessions, struggling to stay awake as the lights went dim during film sessions.

In the second semester, things were in a free fall — he wasn’t making it to class. Morgan reached out to his professors. By mid-March, doctors confirmed the problem. He scored a 59¢ on a sleep apnea scale to 60. He also had narcolepsy.

Morgan spent this past summer in Virginia, trying to find a solution.

“This is something if you get in an accident you could kill yourself or someone else,” he said. “It was something I had to hit head on. That’s why I missed a lot of activites during the summer. I had to do 24-hour brain scans, sleep study scans and things like that.”

YSU coach Jerrod Calhoun noticed the progress his senior has made.

“His energy level has been so much better since being diagnosed with that condition,” Calhoun said.

Morgan monitors his sleep with a machine, which allows the Virginia native to get seven to eight hours of sleep. His energy level is high throughout the day, progressively getting better. He goes to a sleep doctor every six to eight weeks to maintain his health.

His teammates, coaches and the support staff of the YSU team have been his lifeblood away from home.

Professors let him make up work as he’s finally on the mend.

“It was something that was a main concern,” Morgan said. “Playing basketball, our games are at nighttime. If I’m used to taking naps in the evening, I have to make sure my energy level is high.

“I just don’t want to let my teammates down. As far as being on the road, I’m a danger to myself and others.”

EVANSTON, Ill. — D.J. Carton was disappointed with his play. He wanted to deliver for his teammates on slumping ...