Season in the sun 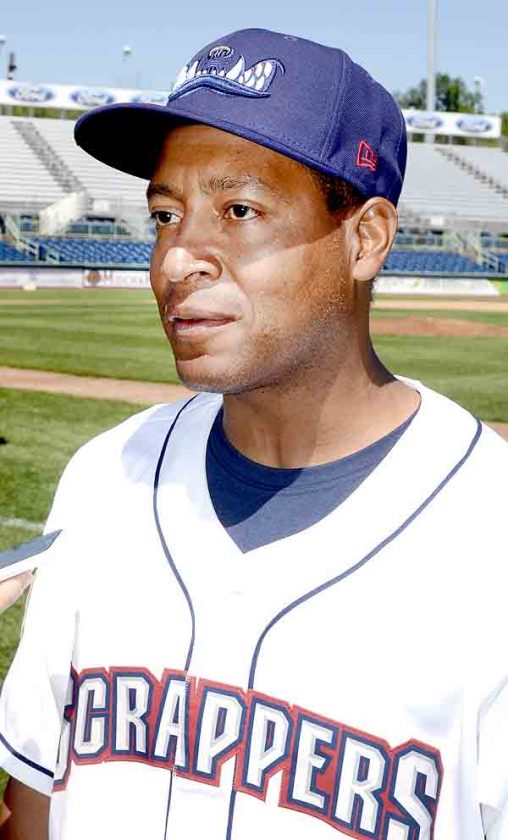 NILES — For the Mahoning Valley Scrappers, the 2019 season ended just the way it began — with a win over West Virginia.

The Scrappers on Monday concluded their season with a 2-0 victory over West Virginia in front of a Labor Day crowd of 1,423 fans at Eastwood Field. Back on June 14, the Scrappers began their 21st season of baseball with a 5-4 win at West Virginia.

“That’s a nice way to end the season. It’s nice to head into the next phase of our careers on a positive note,” said Scrappers first baseman Michael Cooper. “You always wish you could have done more. You wish, as a team, we would have won more games, but finishing the season with a victory will be something nice to remember about this summer and about playing in the Mahoning Valley.”

After winning the Pinkney Division of the New York-Penn League in both 2017 and 2018, the Scrappers (37-39) played the role of spoiler in the finale. West Virginia (40-36) would have clinched the division title with a victory on Monday. Instead, the crown goes to Batavia while the Black Bears will head home.

Cooper collected two of the Scrappers’ eight hits. The lone runs of the game came in the sixth inning when a Johnathan Rodriguez double scored Aaron Bracho and Cooper.

Carlos Vargas (6-4) worked five innings, giving up just one hit to pick up the win. Jerson Ramirez (0.73 ERA) pitched a perfect ninth to record his team-high seventh save.

“We were hoping for a playoff run, which we didn’t get, but these players really grew up and they learned along the way and that’s the important part of this process,” Scrappers manager Dennis Malave said. “Record-wise we had our ups and downs this summer. We hit a rough spot in July but then turned things around.”

After a strong start, the Scrappers lost nine straight at one point to drop to 22-29. They then won 11 of 14 games to briefly climb back into the playoff race.

“Eastwood Field will always be a home to me, these fans are wonderful and I love everything about the Mahoning Valley,” Malave said.

Daniel Espino was the youngest player on the Scrappers’ final-day roster. Earlier this summer the 18-year-old was selected by the Indians in the first round (24th overall pick) of the MLB Draft. He was selected out of Georgia Premier Academy High School.

Espino began his summer in the Arizona League then made his MV debut on Aug. 17. Espino pitched in three games with the Scrappers. He worked 10 innings, allowing seven earned runs (6.30 ERA) while recording 18 strikeouts.

“I just have to continue to work on my tempo and my mechanics,” Espino said. “It’s my dream and my goal to one day be the face of (the Indians’) organization.

“I’m very blessed with this arm. God has given me a talent. I always say that when I’m on the mound it’s not me out there, it’s Him.”

“You always hear about the long bus rides and how tough they can be, but it goes way beyond that,” Holland said. “I mean, you’re changing an entire lifestyle in many ways. You’re changing your eating habits, your sleeping habits. You’re on a set schedule from the time you get up until the time you go to bed.”

“I think that first year in pro ball is as much about learning to adapt to the routines as it is learning the game itself.”

Holland was drafted in the 14th round of the 2018 MLB Draft out of Langham Creek High School near Houston. He spent last summer in the Arizona League.

While Holland noted that playing every day “can be a bit of a grind,” he was also quick to point out that the Indians’ organization gives its players every opportunity to succeed.

“The resources here are unbelievable,” Holland said. “Everything from the video capabilities to the coaching and training staffs, all the tools are provided. And really, what’s not to love about playing baseball every day.”

Lavastida played in 58 games with the Scrappers this summer before being promoted to Lake County on Sunday.

“It’s been quite a ride, I’ve just been trying to stay focused and approach each day and each game as a new learning opportunity,” Lavastida said prior to his departure from the Scrappers. “In this game, you can’t get too high during a good streak and you can’t get too down during a slump. Baseball is an extremely difficult game and you have to take things in stride and move on.”

Lavastida was drafted in the 15th round of the 2018 MLB Draft out of Hillsborough Community College. He was an infielder his entire career until the Indians transitioned him into a catcher last summer.

“I just trusted in the decision of the organization and things have worked out so far,” Lavastida said. “Learning the role of a catcher is pretty intense. There’s a lot to learn, a lot that I’m still trying to learn.”

The Scrappers’ 2020 schedule has already been released. The Scrappers open the ’20 campaign on June 18 at West Virginia, then will play their home-opener on June 24 against Auburn.

For the first time since 2011, the Scrappers will not host a game on July 4. The slate includes a rare seven-game homestand in mid-July.

The Scrappers welcomed 98,833 fans to Eastwood Field this summer, an average of 2,745 fans per game. Last year the franchise averaged 2,700 fans per home game. … Reliever Tim Herrin appeared in 11 games and did not allow an earned run in 17 innings of work. He recorded six saves. … Of the 29 players listed on the Scrappers’ opening day roster, 15 were still with the club on the final day of the season. Fourteen players were moved during the course of the season, while 12 new faces appeared on the final roster. … Despite appearing in just 46 games, George Valera led the Scrappers with eight home runs.