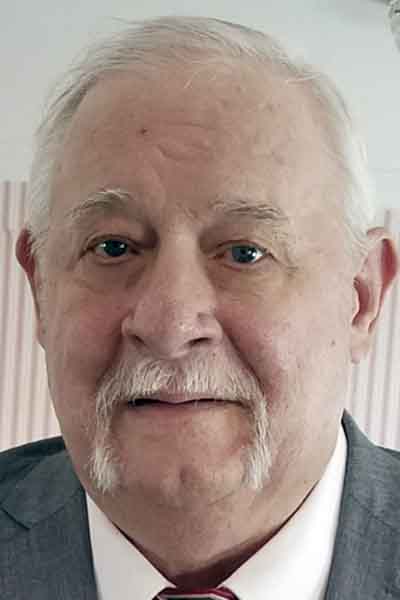 BURNSVILLE, Va. — James Edward Smith, 71, passed peacefully from this life the evening of Monday, July 13, 2020, after an extended illness. He was surrounded and cared for by his wife, children and grandchildren during the last days of his life.

Jim was preceded in death by his parents, Homer E. Smith and Margaret Fortner Smith; his father-in-law, Robert D. Metheny; and his first springer spaniel, Jake, whom he insisted be cremated so their ashes could be mixed together someday.

To Jim, family was everything. Most vacations were spent visiting family, near and far, and he loved family reunions. When his declining health prevented most travel, he kept the phone lines busy.

Another interest was sporting clays. He shot competitively for many years and won many awards in Ohio, Pennsylvania, Georgia, Virginia and West Virginia. His favorite award was from the Homestead, in Hot Springs, Va.

During the Vietnam War, in 1972, Jim took a leave from General Motors and joined the Army, spending two years as a combat infantry in Korea. He then joined the Ohio National Guard and spent another eight years as an MPI. He was a member of the Newton Falls American Legion for at least 46 of his 71 years. He was also active in the Masonic Lodge, Scottish Rite, VFW, AMVETS and Army-Navy.

After 30 years at General Motors-Fisher Body in Lordstown, Jim retired with his wife, Carolyn, to the mountains of Western Virginia, where he could hunt and fish at will. He joined the Burnsville Rescue Squad, becoming an EMP / first responder, and the Burnsville Fire Department, spending two years as vice president, and was a Burnsville Civic Center board member.

Jim loved working as an electrician and after 10 years of retirement, he joined the IBEW and worked another seven years at numerous power plants in Virginia, West Virginia and Maryland.

Jim was a real people person, who never met a stranger. He could talk at length to anyone on a wide variety of subjects and didn’t mind giving you his opinion on anything. He started every morning reading three or four newspapers on his phone.

Growing up in Ohio, he never lost his love for the Cleveland Browns or the Ohio State Buckeyes and wore his Ohio State jacket and hat almost everywhere he went.

Jim and Jake’s ashes will be sprinkled atop Grandfather Mountain and Stone Mountain next summer.

Arrangements are being handled by McLaughlin and Young Funeral Home. Online condolences may be made to mclaughlinandyoung.com.