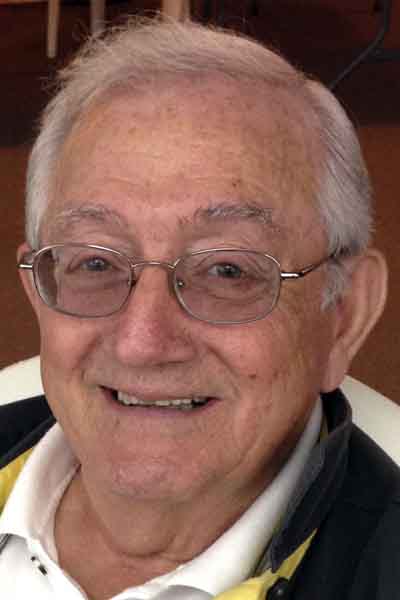 Michael enlisted in the U.S. Navy and served during the Korean War. He was assigned to the Commander Service Squadron Four out of boot camp and attained the rank of signalman third class. While in the Navy, he served aboard the USS Vulcan, A.R.5, USS Truckee, A.O.147, USS Surgochi A.E.-21, and attained an honorable discharge in 1962. During his service on the USS Surgochi, he crossed the Arctic Circle and was inducted in The Royal Order of the “Blue Nose,” on Sept. 25, 1957.

Michael began his 34-year teaching career at Leavittsburg Local Schools, followed by four years at Turner Junior High and then at Warren Western Reserve High School in 1966. His last teaching assignment was as an occupational work coordinator. He joined the administrative staff as coordinator of industrial arts and driver educator. Michael developed the Driver Educator Program with the $200,000 grant he wrote for the Multiple-Car Driving Range for the Warren City Schools, which was the one and only grant awarded in the State of Ohio.

In 2005, Michael was awarded the Kent State University School of Technology Award and was inducted as a member of the Distinguished Alumni on April 30, 2005.

Michael was devoted father and grandfather. He adored his granddaughters, Alex and Sam, and loved attending their sporting events, school events and traveling the world with them. Michael loved his Greek heritage, working with his hands and debating politics.

Survivors include his children, Lee Michael of Warren and Trina (Atty. Gregory) Manios-Baldwin of Erie, Pa.; his grandchildren, Alexandra Sonia Baldwin and Samantha Carolyn Baldwin, both of Erie; brother, Frankin (Mary) Manios; nieces and nephews, Irene (Patsy) Buccino, Lee (Judy) Franklin, Juanita, and their children, Danny, Frankie, David and Maria, all of Warren; and by his loving companion, Rachel Downing.

He was preceded in death by his parents; his beloved wife, Sonia Mandolpoulos Manios in July 1994; his father- and mother-in-law, Matthew and Aphrodite Mandolpoulos; his half-brother, Emanuel Manios, his half-sister, Irene Stavraks; and his former wife, Jean Felos Manios.

Due to COVID-19 restrictions, church services will be private and limited to immediate family and will take place Tuesday, June 30, 2020, at St. Demetrios Greek Orthodox Church, with the Rev.Constantine Valantasis officiating.

Family and friends may visit www.peterrossiandsonfh.com to view this obituary, sign the guestbook and send condolences to Michael’s family.