Board deal splits money with village

LORDSTOWN — The Lordstown Board of Education will submit to village officials a proposal regarding sharing of the income tax from the General Motors battery-cell plant now under construction.

Earlier this year, village officials asked the Lordstown Board of Education to waive receiving income tax from any tax abatement request by GM for the battery plant. The Lordstown board in February tabled the motion on waiving income-tax sharing with the village, although the board did give approval to a community reinvestment agreement between the village and GM.

At Wednesday’s board meeting, members voted to send a proposal to the village on what percentage of income tax to share over the next 15 years, which is the life of the abatement.

Mayor Arno Hill and village officials previously asked the school district not to take any income tax even though the district is entitled to it. Anytime the village is involved in a tax abatement request of more than 50 percent, it is required to enter into an income tax-sharing agreement with the schools. The abatement is for 75 percent.

Board of education President Cheryl Kistler said projected income tax amounts of $400,000 to $450,000 annually would be shared with the village.

“We want to make a good-faith effort for the village with this offer,” she said.

Board member Jackie Woodward said a representative from the board should be invited to sit with council for any future negotiations for abatements so the schools have some say on them.

Hill said he has not seen the proposal yet.

“Once we see it, council will review it and will probably have an executive session at our next meeting to discuss this,” Hill said.

Hill said on Thursday that both the battery plant and TJX HomeGoods complex are under construction.

“It is awesome. People would not believe how the projects are moving forward,” he said. 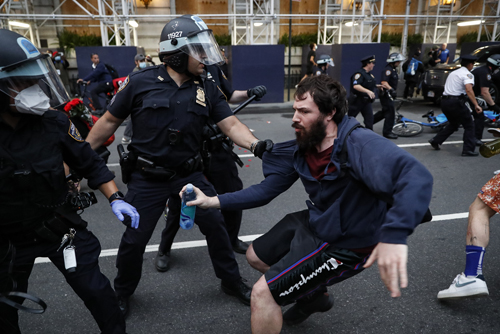