Trumbull County Assistant Prosecutor Michael A. Burnett said he talked to relatives of the two victims of the crash and got different responses about what punishment they thought Munson deserved.

“The family of the deceased called for leniency, but the family of the injured woman wanted a serious prison sentence,” Burnett told McKay. “I am going to ask for some sort of prison term.”

According to the accident report by the Ohio State Highway Patrol, Munson was driving a 2007 Mitsubishi pickup and crossed the center line on North River Road near Commonwealth Avenue. The truck collided head on with a 2014 Chevrolet Cruze driven by Betty Geiwitz, 75, of Durst Colebrook Road, North Bloomfield.

Geiwitz’s passenger, Annette Maraczi, 68, of Edgewater Drive, Mecca, was taken to University Hospital in Cleveland where she died April 24. She was a retiree of Packard Electric.

Geiwitz, who is Maraczi’s sister, was hospitalized with multiple fractures, cuts and bruises.

The report states Munson, who was not injured in the crash, failed physical sobriety tests conducted by the patrol and his blood-alcohol content was .166, over twice the legal limit of .08.

Munson told troopers he got off work at 11 a.m. the day of the accident and then went to a friend’s house before the crash, which took place after 2 p.m. He told them he had one drink before the accident, the report states, with troopers reporting the pickup driver was slurring his words and had bloodshot and glassy eyes.

No sentencing date was set for Munson. 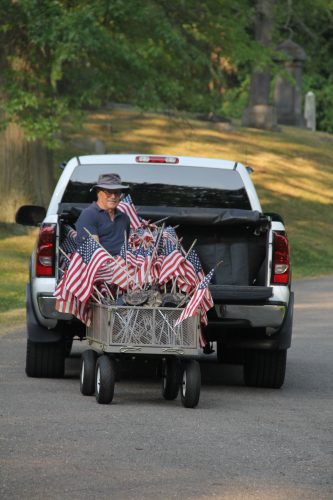