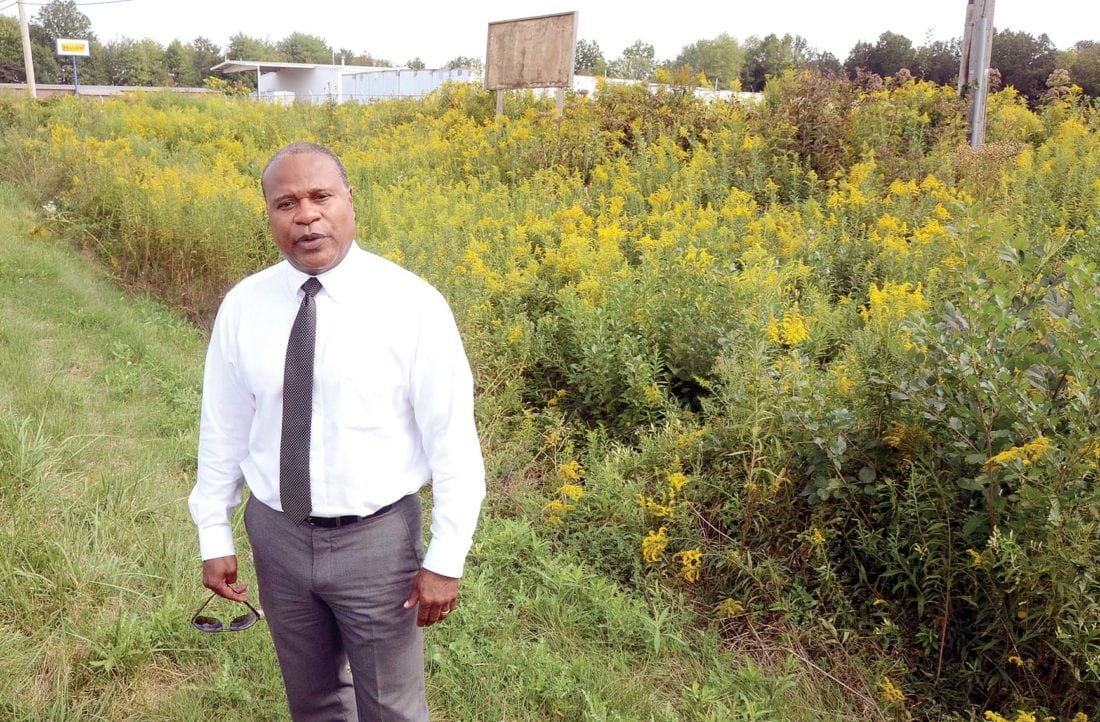 HUBBARD TOWNSHIP — Residents working to fend off a proposal to place a wastewater injection well along Hubbard Masury Road said this fight is about more than just their community.

One trustee thinks it sends the wrong message about the entire state of Ohio.

Data from the Ohio Department of Natural Resources shows from 2012 to so far in 2018, more than 91 million barrels of brine from the hydraulic fracturing, or fracking, industry in Ohio have been injected into class II injection wells in Ohio. That equates to more than 3.8 billion gallons of brine — a salt / water mix used to extract natural gas from below ground shale formations.

ODNR numbers also show that more than 85 million barrels — 3.5 billion gallons — of brine produced outside the state have been injected into Ohio’s injection wells between 2012 and so far this year.

Steve Irwin, ODNR spokesman, said the regulatory environments in Ohio and Pennsylvania may lead drilling companies to choose to inject their waste in Ohio.

Irwin said ODNR has “primacy” to regulate the state’s oil and gas industry, meaning companies that want to establish injection wells in Ohio can apply for permits directly from ODNR.

State Rep. Glenn Holmes, D-Girard, has introduced House Bill 723 that would cap the number of injection well permits the chief of ODNR’s Division of Oil and Gas Resources Management can issue at 23 per county.

Ohio has 216 active injection wells, according to ODNR. Trumbull and Ashtabula counties top the list with 17 active wells apiece. Next are nearby Portage and Stark counties with 16 each followed by Meigs County in southeast Ohio with 14.

Holmes said he arrived at the No. 23 by using Trumbull County as the base — it has 17 active wells with five more under construction and one that has been permitted, but has yet to be constructed.

The message behind the legislation is clear, he said.

“The goal is to stop these wells in Trumbull County,” said Holmes. “We’ve had enough.”

There is concern among local officials and residents about the risk of mishandling surface fluid and the contamination of drinking water, Holmes said.

“The bottom line is, the community doesn’t want them,” said Holmes. “If you’re going to force it on us, limit them.”

The legislation also would mandate the division chief to notify relevant state legislators whenever a request for a well permit is made. It’s expected the bill will be assigned to a committee when the General Assembly returns from its summer recess.

One local legislator believes those fees should be sent back to local governments.

State Rep. Michael J. O’Brien, D-Warren, introduced House Bill 578 in March. The measure would require 37.5 percent of the 20-cent out-of-state injection well fee be sent back to the local jurisdiction where the injection well is located.

“It’s just patently unfair that Trumbull, Mahoning and Portage counties are the recipients of this waste,” said O’Brien. “People affected the most need to be compensated the most.”

Gary Taneri, engineer and surveyor for Bobcat Hubbard LLC, the company that wants to locate a well in Hubbard Township, said local residents have a right to protest the proposed well, but added the company is abiding by the requirements and guidelines established by ODNR.

Despite assurances that Bobcat Hubbard LLC is abiding by state law, Jane Spies, co-founder of Frackfree America National Coalition, said she questions the safety of the brine injection process altogether.

“Our geology is just not suited for dumping fracking waste because we are earthquake prone and have abandoned mines,” said Spies. “Even if they say it’s the best way, that doesn’t make it safe.”

Mike Chadsey, director of public relations for the Ohio Oil and Gas Assocation, said seismicity concerns have been addressed.

“The law has changed,” said Chadsey. “We can no longer drill to that depth.”

Chadsey added Ohio is a more attractive destination for brine because its geological formation is more porous than in Pennsylvania.