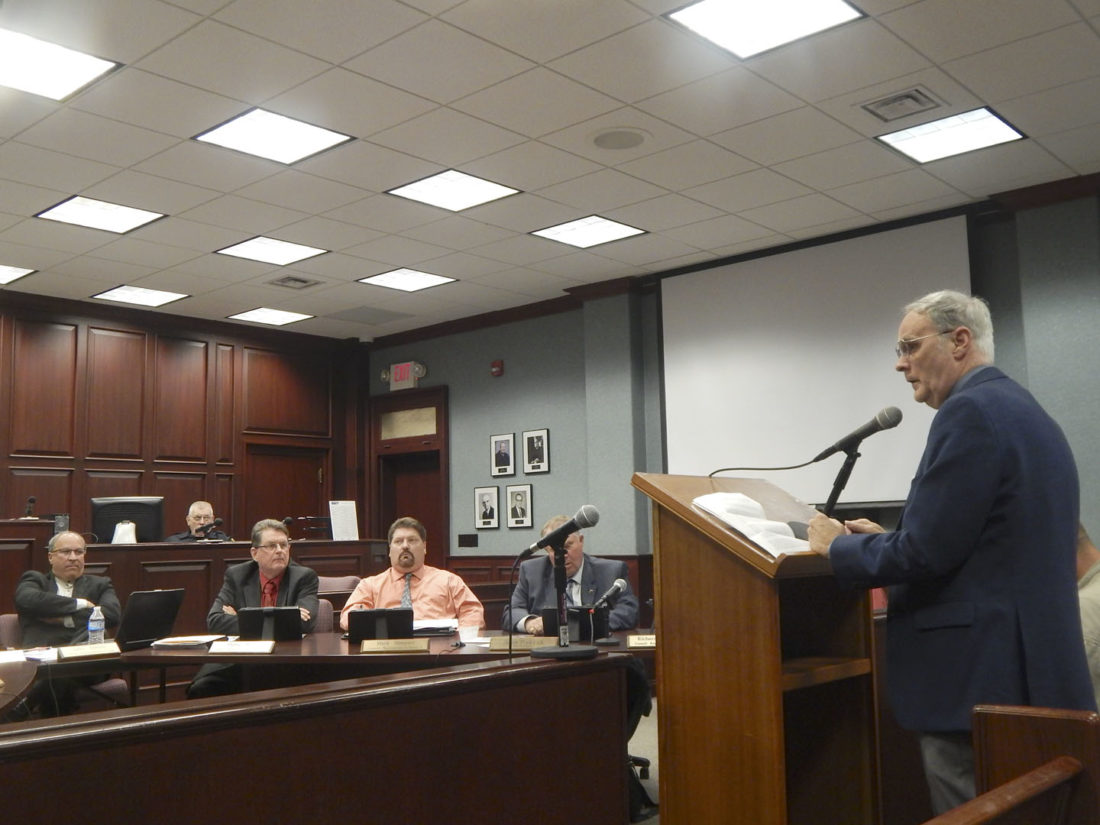 NEWTON FALLS — Village council by a 4-1 vote Monday approved forming a committee to spend the next three months working with the Newton Falls Historic Preservation Foundation to determine what work needs done at the community center and how much that will cost.

Fourth Ward Councilman Phillip Beer, who cast the “no” vote, said he has no problem with the committee, but he would rather see if it is possible to lease, sell or give the center to the foundation

“I would prefer to give the building to the foundation and not have the city involved. I do not want the city putting money into the building,” Beer said.

Patrick Layshock of the foundation said the committee will gather information and then report back in three months about what can be done for the center and what grants and federal funds may be available.

The village’s parks and recreation board in March recommended to council to demolish the center, built in 1942, and to place a levy on November’s ballot to raise money to construct a new center.

”These are rare buildings. Your building is the only USO Type A building left in Ohio … The future of the that legacy is in your hands,” Smith said.

Connie Talcott of the foundation said the group will seek grants and federal funds for any repairs and work at the center. “The foundation is not asking for any taxpayer money for the project. We want to save this historically significant treasure,” Talcott said.

She said the foundation would like to have professional engineers, building inspectors, and architects to inspect the center.

Mayor Lyle Waddell said the problem for the center is “we do not have funds to restore it,” adding a new facility for recreational use is needed, and should be an option.

“Funding is a challenge. You can’t refurbish a building without funding,” said at-large Councilman Tarry Alberini

Second Ward Councilman John Baryak said because of the village’s size of about 5,000 people, it is difficult to get grants. “I voted for the ad hoc committee, but I will not vote for one dollar of taxpayer money for the center,” Baryak said.

Village Manager Jack Haney said before the center closed, he spoke with state representatives to see what funds would be available for it and was told there were few for such a project. Haney said the center was closed because it was a nonessential service the village could not afford.

“If we had the money to run the center, we would have kept it open,” he said.