WARREN — The circumstances surrounding the shooting death of a Warren father in July and the arrest of his then-14-year-old daughter on a charge of aggravated murder has generated attention across the globe.

Media coverage of the case spanned the U.S. on television shows like Dr. Drew and Democracy Now!  and was featured in publications like The Huffington Post, People, BET, Jezebel, The Root, Slate, the Washington Post, Madame Noire and Ebony.

Even the United Kingdom’s The Independent featured articles on the ongoing case.

Bresha Meadows, 15, was 14 when she was arrested on a charge of aggravated murder in connection to the July 28 death of Jonathan Meadows in their Hunter Street SW home.

The girl’s mother called police after the 3:20 a.m. shooting and reported her daughter shot her husband in the head, according to a 911 call. The girl could be heard screaming in the background.

The story isn’t just grabbing the attention of news reporters and producers, it is reaching the ears of the international community, said her defense attorney, Ian Friedman.

The unique circumstances of the case and the nature of Friedman’s explanation for the girl’s actions — he said he intends to prove Meadows and her family members lived with a domestic abuser and she shot her father to end it — is the primary factor behind support that ranges from thousands of dollars to coloring books mailed to her in the Trumbull County Juvenile Justice Center, Friedman said.

“The facts are extremely interesting, even when you look at it objectively,” Friedman said. “People feel an emotional draw to the case because a father shot by a 14-year-old daughter is not something you hear about everyday. Issues of abuse in the home and domestic violence are issues that are prevalent, but it doesn’t surface like this often.”

One man who donated $100 wrote, “The system is reluctant to prosecute abusers but it’s enthusiastic to prosecute women and children who defend themselves from abusers. I wish you all the best in turning around the injustice in Bresha Meadows’ case.”

Lena Cooper of Tennessee said she often visited the family in Warren, and was there for Mother’s Day this year and was planning to return in September to celebrate Bresha Meadows’ 15th birthday a bit late.

Cooper provided pictures of the girl smiling next to her father, with her cousins and other family members from the get together and other recent family gatherings. She said there were no signs of abuse and there were opportunities for her to speak up.

“My niece needs help and she is going to need help, probably for the rest of her life, but it isn’t because of domestic violence,” Cooper said.

Because of things Brandi Meadows — Bresha’s mother — told her right after the shooting, Cooper said she believes Bresha Meadows took her father’s gun, thought about killing herself and accidentally shot her father when he stirred in his sleep.

Cooper said Brandi Meadows told her the girl had been depressed because her father took away her phone when she got into trouble while hanging out with older kids in her gifted classes. The depression hadn’t abated even with hospital stays, Cooper said.

Allegations of domestic abuse didn’t surface until the day of her brother’s calling hours when Cooper said she heard Brandi Meadows on television describing a domestic abuser and a daughter she described as a “hero” for shooting him, Cooper said.

“I know Brandi is just trying to save her daughter’s life, I understand that, but it isn’t right to do that while tearing my brother down. He supported those kids, he loved those kids,” Cooper said.

When Bresha Meadows ran away to her mother’s family in Cleveland earlier this year, Trumbull County Children Services opened a case that was soon closed. Executive director Tim Schaffner said the agency doesn’t close cases and leave children in the custody of her parents if they suspect unsafe conditions.

Friedman said the case is going to focus on testimony and reports from mental health experts working with the defense and prosecution. The case will be tried in Trumbull County Family Court, prosecutors decided last week, taking life in prison off the table.

Cooper said she hopes her niece gets the help she needs and in the meantime will have to endure headlines like “Will the system fail Bresha Meadows, a teen who killed her allegedly abusive father?” and “‘Hero’ Ohio girl, 14, allegedly killed abusive father to protect mom and siblings: attorney” and “Teen girl accused of killing abusive father flooded with letters of support.”

Friedman said the letters of support, petitions with more than 25,000 signatures to free her, nationwide vigils and gifts pouring in from people all over the United States and from Europe, South America and Australia, are keeping the girl going, by letting her know people understand the situation she was in and support her.

YOUNGSTOWN - Country superstar Luke Bryan will be the headliner for the 2020 Y Live concert at Stambaugh Stadium on ...

GM to speak to public on battery plant

LORDSTOWN — General Motors is giving the public the opportunity to engage on a proposed multibillion battery-cell ... 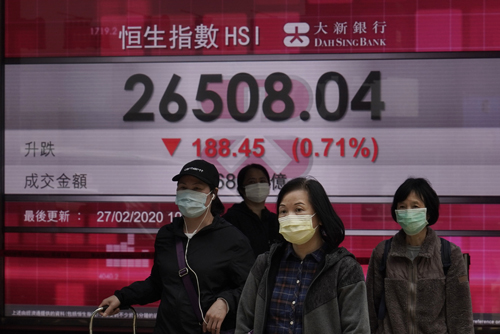 Southington schools closed due to illness

SOUTHINGTON — Southington schools will be closed today because many students and staff are ill with the ...

LIBERTY — A driver who crashed into Blue Ribbon Cleaners on Logan Way around 3:30 p.m. Thursday fled the scene, ...

Southington schools closed due to illness

Sherrod Brown is blunt about Biden