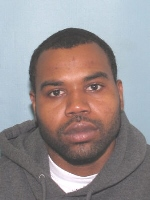 YOUNGSTOWN — The suspect in Sunday’s early-morning triple homicide at Brothers of Power Classic Cars Club has been arrested, according to a release from the U.S. Marshal’s Service.

Robert Shelton, 44, was arrested shortly before 1:15 p.m. today in the 1400 block of Townsend Drive in Liberty after U.S. Marshals received a tip from a community member.

The Northern Ohio Violent Fugitive Task Force arrested Shelton without incident, and also arrested a woman at the scene for active warrants and for obstruction of justice.

The U.S. Marshals Service was offering a $5,000 reward for information leading to his arrest.

Shelton is accused of shooting to death Dymond D. Ortello, 34, his brother, Daniel Ortello, 31, and Charles Pullen Sunday morning at the establishment on Logan Avenue. Two others were also injured in the gunfight.

See tomorrow’s newspaper for more of the story.