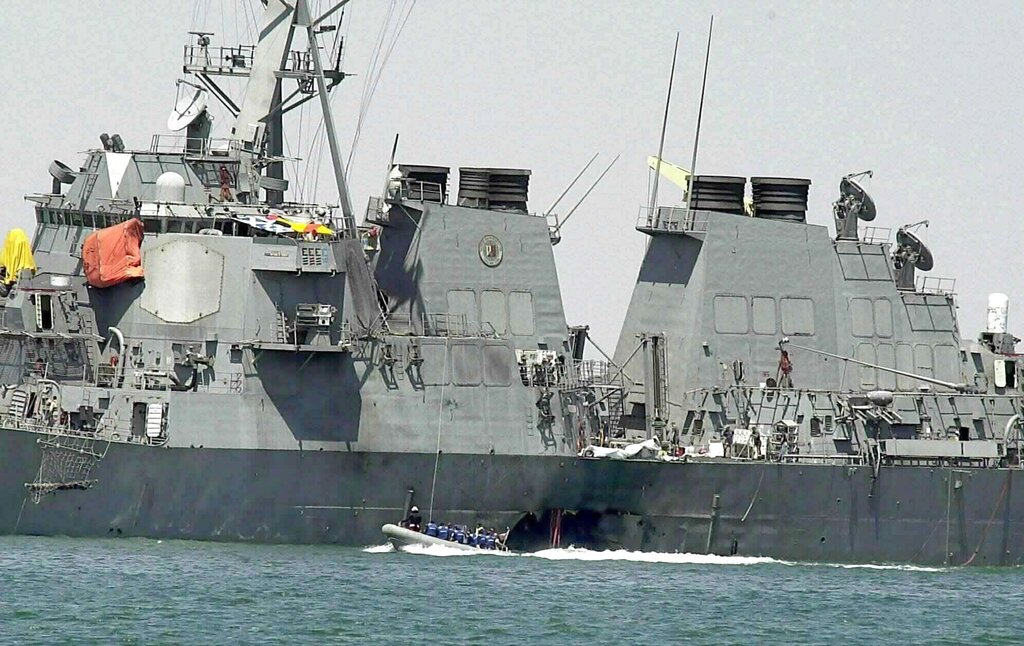 In this Oct. 15, 2000, file photo, experts in a speed boat examine the damaged hull of the USS Cole at the Yemeni port of Aden after an al-Qaida attack that killed 17 sailors. Sudan's transitional government said it's reached a settlement with families of the victims of the 2000 attack on USS Cole in Yemen, in a bid to have the African country taken off the U.S. terrorism list. (AP Photo/Dimitri Messinis, File)

CAIRO (AP) — Sudan’s transitional government said today it has reached a settlement with families of the victims of the 2000 attack on USS Cole in Yemen, in a bid to have the African country taken off the U.S. terrorism list and improve relations with the West.

The settlement is the latest step from Khartoum to end its international pariah status. Earlier this week, Sudan’s provisional rulers said they had agreed to hand over longtime autocrat Omar al-Bashir to the International Criminal Court to face trial on charges of war crimes and genocide during the fighting in the western Darfur region.

Also, Sudan’s interim leader, Gen. Abdel-Fattah Burhan, earlier this month met in Uganda with Israeli Prime Minister Benjamin Netanyahu, who announced that Israel and Sudan would normalize relations after decades of enmity. Observers and Sudanese officials have said that the settlement with the USS Cole victims was among the last hurdles faced by Sudan on its path to being removed from the U.S. list of state sponsors of terror.

At the time of the Oct. 12, 2000 attack in the Yemeni port of Aden that killed 17 sailors and wounded more than three dozen others, Sudan was accused of providing support to al-Qaida, which claimed responsibility for the attack.

Today, Sudan’s interim authorities are desperate to have its listing by the U.S. as a state sponsor of terror lifted, in order to receive an injection of badly needed funds from international lending institutions. Sudan’s justice ministry said that the agreement was signed with the victims’ families last Friday but its statement gave no details of the settlement.

Sudan’s information minister and interim government spokesman, Faisal Saleh, told The Associated Press over the phone that Justice Minister Nasr-Eddin Abdul-Bari had traveled last week to Washington to sign the deal, which included compensations for both those wounded and the families of those killed in the attack.

He said the figures could not be disclosed because the Sudanese government is still in negotiations to reach a similar settlements with families of victims of the 1998 bombings of U.S. embassies in Kenya and Tanzania. More than 200 people were killed in the attacks and more than 1,000 were wounded.

Saleh said, however, that the American side is free to disclose the amount if it wishes to do so.

The initial figures on the table had been in the billions, he said, but Sudan’s interim government had “inherited an empty treasury.” He said he hoped the international community would be sympathetic to the country’s situation.

“We expect the United States and the world to understand and to be supportive instead of imposing more obstacles,” he said.

For Sudan, being removed from the U.S. terror list will end the country’s economic isolation and allow it to attract much-need loans from international financial institutions in order to rebuild the economy after the popular uprising last year that toppled al-Bashir and installed the joint civilian-military sovereign council.

The new Sudanese rulers say they were not responsible for the attack on USS Cole and that they had negotiated the deal out of their desire “to resolve old terror claims inherited from the ousted regime” of al-Bashir.

In the USS Cole attack, two men in a boat detonated explosives alongside the U.S. destroyer as it was refueling in Aden. The victims’ families, along with the wounded sailors, had sued the Sudanese government in U.S. courts demanding compensations.

In 2012, a federal judge issued a judgment of nearly $315 million against Sudan but last March, the U.S. Supreme Court overturned that ruling on the grounds that Sudan had not been properly notified of the lawsuit.

Andrew C. Hall, a lawyer who represents survivors of the attack, said at the time that the victims, though disappointed with the ruling, would continue the case, along with a second related case filed by family members of the 17 sailors who died in the attack.

It wasn’t clear when the 76-year-old al-Bashir could be handed over to the international court in the Netherlands. He faces three counts of genocide, five counts of crimes against humanity and two counts of war crimes for his alleged role in leading the deadly onslaught on civilians in response to a rebel insurgency in Darfur. The indictments were issued in 2009 and 2010, marking the first time the global court had charged a suspect with genocide.

Saleh also told the AP that the U.S. administration has set the overhaul of the country’s security apparatus as another condition to remove Sudan from the terror list.

“The Americans believe the Sudan’s support for terror was carried out through its security apparatus,” Saleh, said. “So they want to be assured that there has been a radical change” in the way it operates. 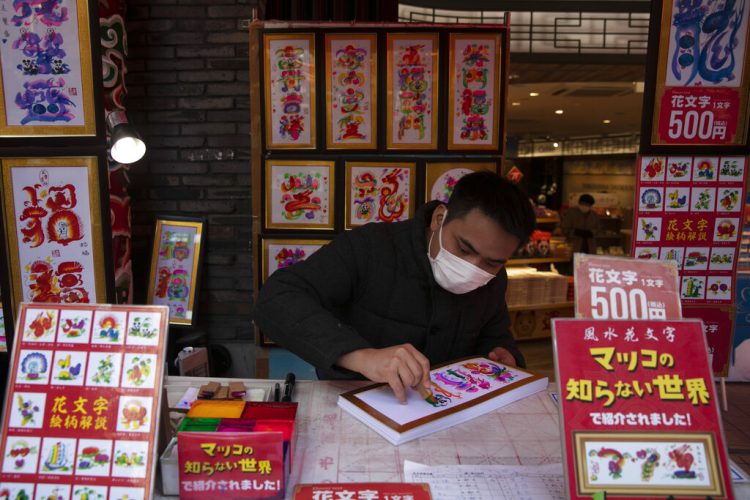 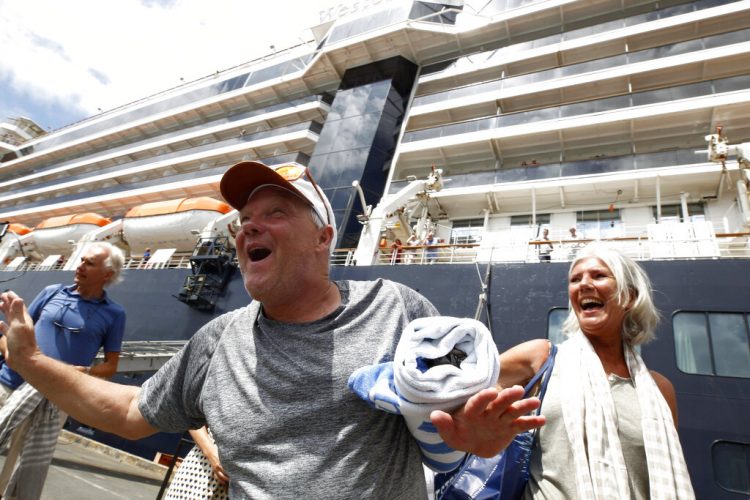 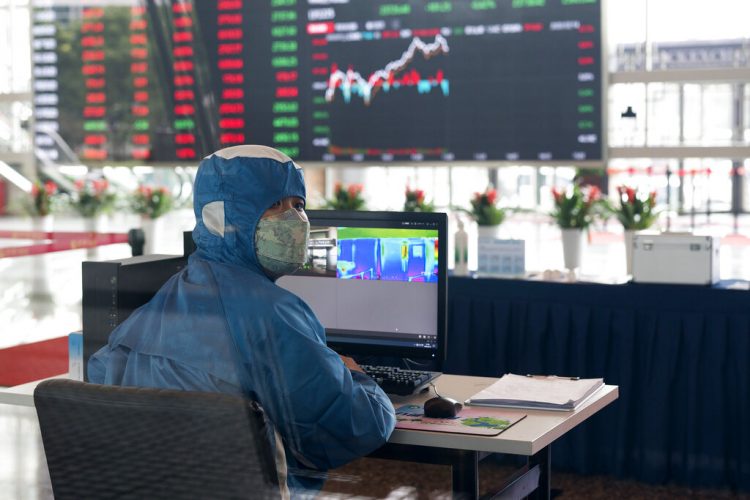