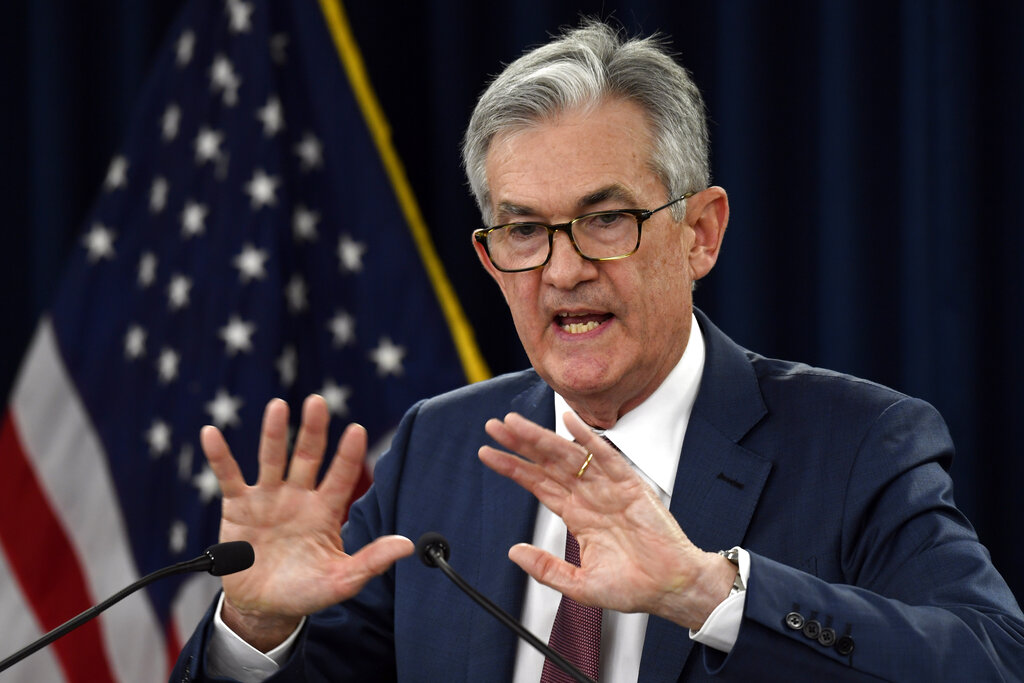 Federal Reserve Chairman Jerome Powell speaks during an Oct. 30 news conference in Washington. Powell is due to testify this morning in Congress about the outlook for the U.S. economy, giving his perspective two weeks after the Fed cut interest rates for a third time this year. (AP Photo/Susan Walsh)

WASHINGTON (AP) — Federal Reserve Chairman Jerome Powell is due to testify at 9:30 a.m. today in Congress about the outlook for the U.S. economy, giving his perspective two weeks after the Fed cut interest rates for a third time this year.

The Fed signaled after its Oct. 29-30 meeting that it would probably hold off on any further cuts as long as the economy stays healthy and inflation moves closer to the central bank’s target of 2 percent.

The three cuts, which lowered the interest rate the Fed controls to a range of 1.5 percent to 1.75 percent, were intended to offset drags from slower global growth and the U.S.-China trade war.

Powell is scheduled to appear today before Congress’ Joint Economic Committee. He and other Fed officials have said they believe the cuts are working, as lower borrowing costs have encouraged more Americans to buy homes and splurge on appliances and electronics.

Broader measures of the economy suggest that growth remains solid if not spectacular. The unemployment rate is near a 50-year low of 3.6 percent and hiring is strong enough to potentially push the rate even lower. Inflation, according to the Fed’s preferred gauge, is just 1.3 percent, though most Fed officials expect it to move higher in the coming months.

Many Fed officials in public comments this month have voiced support for Fed policy and have expressed confidence in the economy.

Neel Kashkari, president of the Federal Reserve Bank of Minneapolis, said in an interview on CNBC last week that “if the economy continues to perform as we expect” than the Fed is likely done cutting rates, “but we need to see.” Kashkari is one of the most dovish officials on the Fed’s 17-member policymaking committee, though he doesn’t have a vote this year.

Most analysts forecast that the Fed will hold rates steady when it meets next month. But some economists expect growth will slow in the coming months and the Fed will likely have to cut again next year.