Book documents Warren through the years

Book documents Warren through the years 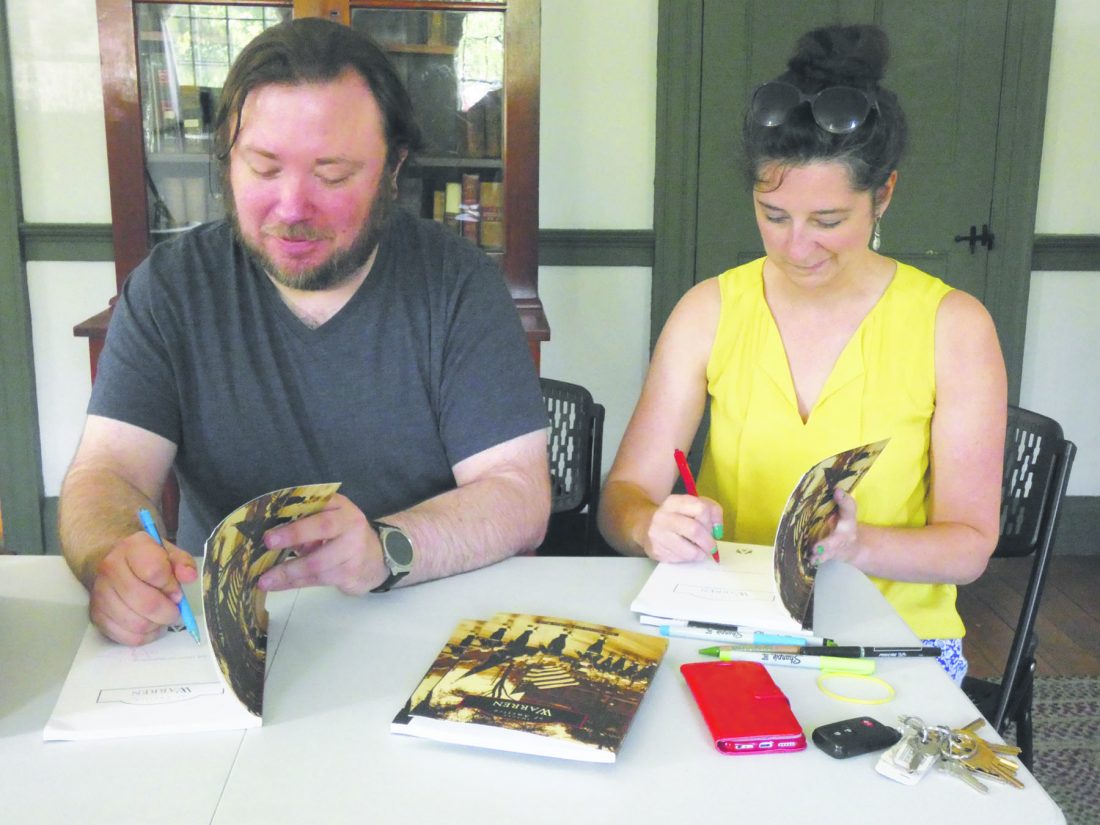 WARREN — Meghan Reed and Josh Nativio share a passion for Warren’s history, but they have different outlooks on its present and future.

Reed is the director of the Trumbull County Historical Society. Nativio founded the Facebook page Places and Things Gone from Warren, Ohio, where about 2,200 followers share images and memories of the city’s past.

Reed and Nativio combined their knowledge and resources to produce “Warren,” a photographic history of the city that will be released Monday by Arcadia Publishing as part of its “Images of America” series.

“Josh and I both came to understand that a book needed to be written individually, and we joined together to make it happen,” Reed said.

“When I started at the historical society five years ago, I very quickly realized there is not a book for our modern-day history, a comprehensive history,” Reed said. “Harriet Taylor Upton’s book published in 1909 has been the canon so far. How do we bring it to the modern age or at least tell some of the history in a comprehensive way?”

Nativio, who works at All-American Cards & Comics downtown, started collecting old photographs after learning about what downtown used to be like.

“I would hear these stories of people around town who collected this stuff, and it was locked away in offices and attics, and there was no access to it,” he said. “I realized a lot of this stuff, when these collectors died, there’s a good chance it would be thrown away and never seen … I just want to put a collection together that was accessible to the public.”

One of the photos shows dozens of employees lined up in front of Sears in 1967, when it was located on South Park Avenue and Sears was one of several major retailers downtown at that time.

“There must have been 300, 400 working just in those department stores,” Nativio said. “There aren’t that many people working downtown (today), certainly not on the square.”

He half-jokingly described his collection as being fueled by “a morose fascination of when things were better.”

Reed, who grew up in Pittsburgh, has heard that kind of pessimism expressed by many in the community since she came here and believes the book can be an antidote to it.

“This is one of the areas where Josh and I differ,” she said. “Giving people a point of pride, a couple nuggets that our community has done these awesome things is a really powerful tool, and I hope this book can be one of those tools.”

“Warren” contains 193 images of the city, some more than 100 years old, and they are divided into five categories — Governance, Churches and Schools; Industry; Recreation, Carousing and Dining; Shopping and Retail; and Neighborhoods and Homes.

Arcadia quickly agreed to the book, but there were some obstacles as Nativio and Reed collected resources. Some photos weren’t large enough or didn’t meet the publisher’s quality standards. Some images they couldn’t acquire publication rights for, like a photograph of Pine Avenue SE after the 1959 flood that Nativio called one of his favorites. It’s not in the book, but he used it for the book release party invitation.

Reed said some of her favorite photographs came from the industrial expositions held in the city.

Despite having a stack of books with their names on it in front of them, Nativio and Reed said it hasn’t quite sunk in that they now are published authors.

“I thought I’d be more impressed with myself,” Nativio said, but they’ve started talking about doing a second, more-specialized book on Warren history.

Reed added, “The more satisfying part of it for me is hearing people talking about the book, seeing people engage with it and appreciate it and have a joyful moment from it, like seeing a picture they haven’t seen before. It’s nice to see people are connecting with it.”

It was 72 years ago, the late winter of 1948. What I remember about the beginning of that year was the cloudy, ...

SCHOOL RETIREES TO MEET: Howland Schools Retirees will meet for lunch and a brief meeting 11 a.m. March 3 at ...

A cool day for a pot of chili

It’s amazing how another week has already gone by, and it’s time for me to pen another column. Son Kevin, 14, ...