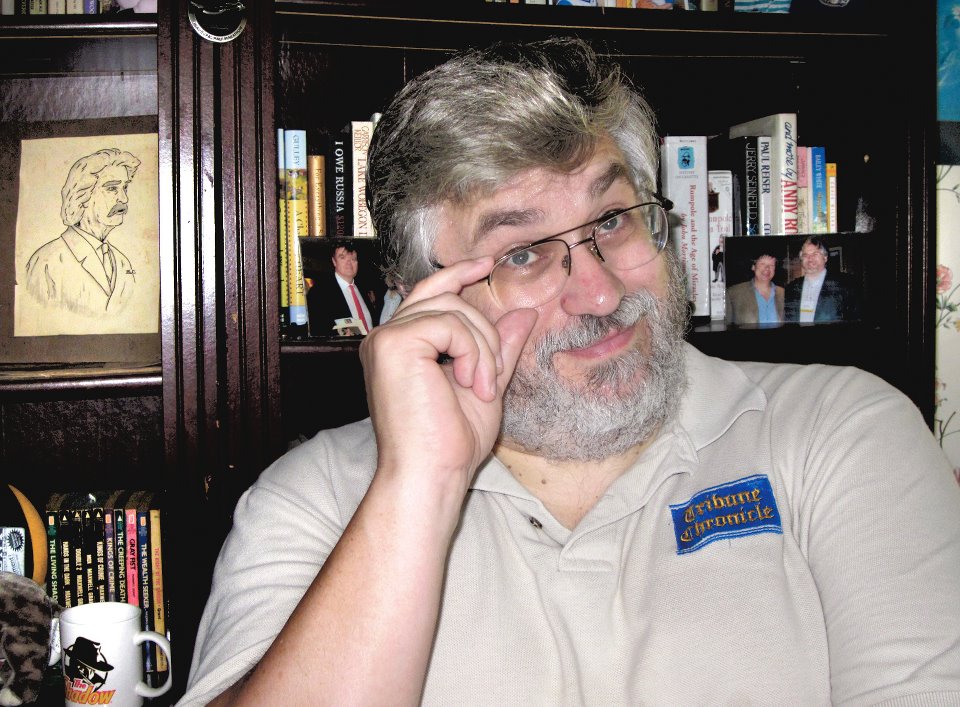 I awoke this morning in the usual way — to the whooping of my alarm.

Or maybe it was to the microwave beeping to let my wife know her mug full of coffee was heated.

I blipped, beeped and blooped my way through the morning routine.

The timer on the oven bip-bip-bipped when the oatmeal was ready.

The Jeep boing-boing-boinged until I snapped my seat belt, and it doing-doing-doinged until I turned off the headlights after I got to work. In between, my cellphone dinged to alert me to messages and donged to remind me of appointments.

Then my workday started, and the clatter of the klaxon calls really kicked in.

Society has segued into a series of alarms. We rush from one jingle to the next jangle.

Pavlov’s dogs have nothing on us. Technology has taught us to sit up, roll over, heel and beg, all at the sounds of beeps, whistles and bells.

“It’s your fault that my project’s late, boss. You didn’t zap me an alert.”

It used to be that life got alarming once in a while. Now alarms are life.

This wouldn’t be such a bad thing if only we had the one buzzer we need the most — the doofus alarm.

The doofus alarm would ring when we we are about to do something stupid.

If I’d had a doofus alarm when I was a bachelor, I wouldn’t have worn pink underwear. (“Bong-bong-bong! Don’t wash those red socks with the whites!”)

One of the greatest benefits of marriage is that now you live with your very own personal doofus alarm:

“Sweetheart, you don’t really want to wear that shirt with those pants.”

“No, you don’t want to buy the extended warranty for paper plates.”

The problem is, human doofus alarms tend to overestimate your common sense. So sometimes, she bleats after I’ve already pulled my stupid stunt:

“I can’t believe you didn’t turn off the breaker first. Well, I’m sure your eyebrows will grow back.”

“I really didn’t think I needed to tell you that a third bowl of Fireball Sam’s chili was a bad idea.”

“You’re 60 — what did you expect would happen if you played basketball with a bunch of 20-year-olds? I’ll get more ice.”

This is why someone needs to invent a technologically advanced doofus alarm, one that would scan your brainwaves. Then it could cling, clang and clong while you were still deciding to do the dumb thing:

“Eee-eee-eee. Don’t attach the kitchen beater to your power drill. You’ll scramble more than the eggs.”

“Skweee, skweee, skweee. No, the water actually IS too high to drive through. Take the detour.”

“Wonk-wonk-wonk. Don’t cram all those glass jars into one plastic bag. You don’t have a mop big enough for the mess that will make.”

“Whoop-whoop-whoop! Don’t ask her when the baby’s due. If it’s just blubber, she’ll give you a fat lip.”

Oops, my computer just bleeped. I’m out of space. Or maybe that was the doofus alarm.

— Ring up Cole at burtseyeview@tribtoday.com, at the Burton W. Cole page on Facebook or @BurtonWCole on Twitter.