Running away: Harden, Elliott win YSU Athletes of the Year 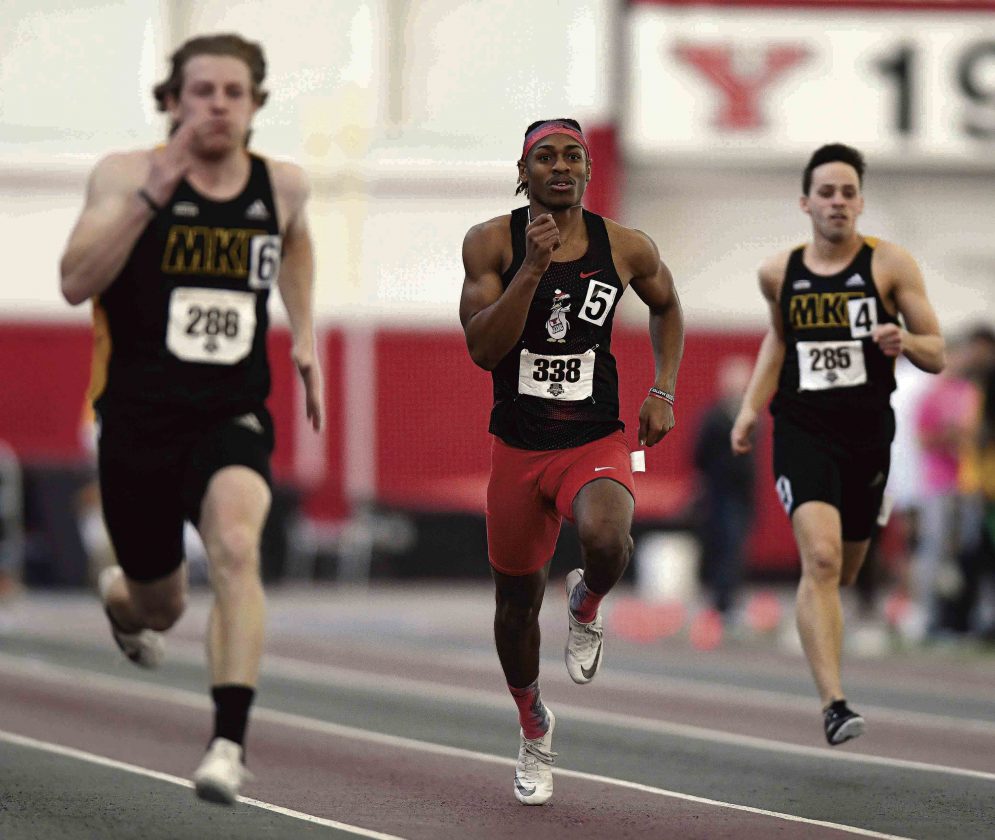 Correspondent file photo / Robert Hayes Collin Harden takes off during the 400-meter dash finals in the second day of the Horizon League meet. Harden won this year’s YSU Male Athlete of the Year.

Correspondent file photo / Robert Hayes Collin Harden takes off during the 400-meter dash finals in the second day of the Horizon League meet. Harden won this year’s YSU Male Athlete of the Year.

Brian Gorby knew about two weeks ago that seniors Collin Harden and Jaliyah Elliott were going to win the Joseph F. Malmisur Youngstown State University Female and Male Athletes of the Year awards.

The annual awards ceremony was canceled because of the COVID-19 pandemic.

He decided to put together a Zoom chat with Harden and Elliott, along with sprint and hurdle coach David Townsend.

Gorby invited former All-American and John F. Kennedy High School graduate Chad Zallow into the chat. Zallow was the YSU Male Athlete of the Year in 2018. 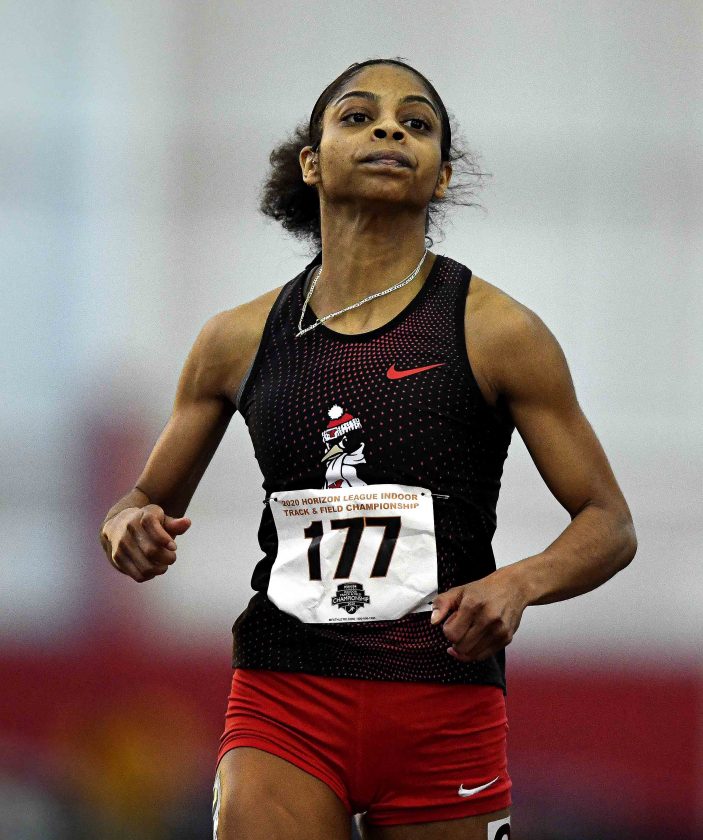 “It’s kind of weird,” Gorby said. “What we’re going through everybody looks at it as a bad thing. It is, but sometimes things come up that you would never have done in years — trying to get the past athletes together. We’re always go, go, go like everything else.”

Zallow surprised his former teammate and Girard High School graduate Harden with the good news in the Zoom chat on Monday.

“He’s probably the best person that could’ve told me the news, just because we’ve been so close over the years,” said Harden of his former hurdling partner at YSU. “It’s so amazing coming from such an amazing guy.”

Sprinters Nina Grambling and Ciara Jarrett, the 2016 and 2014 YSU Female Athletes of the Year, joined the Zoom chat from Pittsburgh and Wisconsin, respectively, to inform Elliott.

“It was really great,” Elliott said. “When Coach Gorby asked me to get on the video call, I was like, ‘Why are we getting on this Zoom thing? Why don’t you FaceTime me?’ It was really weird.

“When I got on, Coach T (Townsend) was on there, also. We talked for a little bit. Then, Ciara and Nina got on. Then, Collin and Chad had got on. It was a really cool conversation to have with everybody who had won the award in one group chat.”

Getting it together was kind of taxing, Gorby said.

“I see what these TV production people are doing,” he said. “We’re making sure it times out right.”

Elliottt was a second-team All-American in the 60-meter dash at the 2019 NCAA Indoor Track and Field Championships.

She set YSU records in the 60 and 200, owning WATTS records in both events — along with top marks in the 100 and 200 at the Penguins’ outdoor track. Elliott won the Horizon League Indoor 60 title for the third straight season and the 200 for the second consecutive year.

She’ll run next year’s indoor season as an unattached runner and with YSU during the outdoor season. The NCAA granted all spring sports athletes an extra year of eligibility because their outdoor track and field season was wiped out because of the pandemic.

Now she’s at her apartment in Youngstown doing some online class work in her major — public health. She graduates in the spring of 2021.

The Beloit, Wisconsin native is continuing to do home exercises, some abdominal work. When the weather is nice, she tries to run outside.

As for Harden, he was an honorable mention All-American last year after making the NCAA Outdoor Championships in 2019 in the 400 hurdles.

Harden is a five-time Horizon League champion — including three outdoor titles in the 400 hurdles. He’s the only Horizon League three-time winner in that event. Harden won the indoor 60 hurdles title this past indoor season.

Coming back next outdoor season is going to mean a lot to Harden.

“I have to come back hard and prove to myself and everybody else I can do it again — not win the award again, but become the better person that I am,” he said. “That’s making nationals and everything.”

Both could end up going to the Olympic Trials to qualify for the Tokyo Olympics in 2021.

“I think I can,” Harden said of qualifying for the Trials.