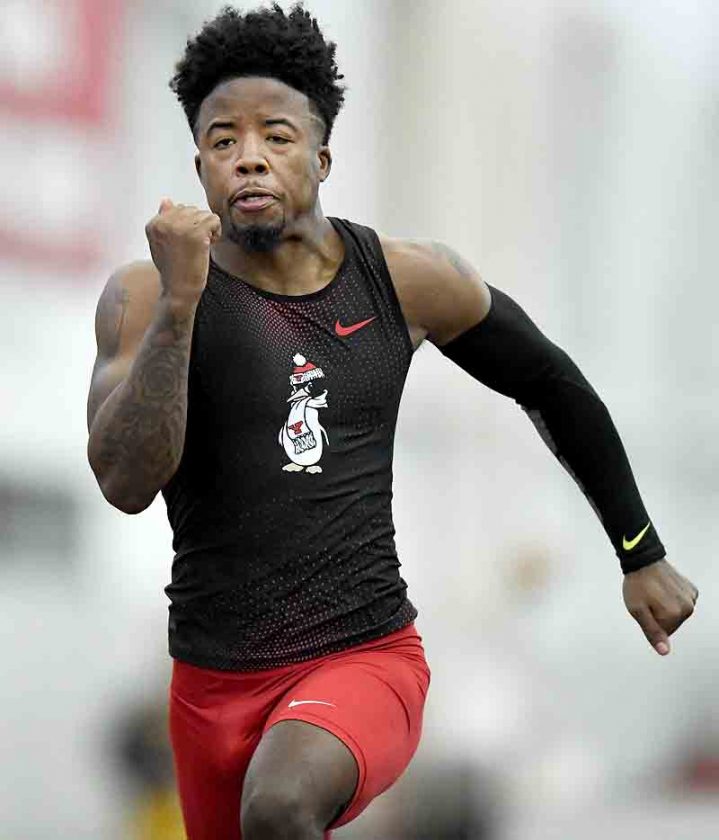 YOUNGSTOWN — There are plenty of reasons why an athlete might pick a specific college.

They might like the campus, or it could be because of the academic prestige. Some athletes just want to leave town after high school and discover another part of the world.

Jamynk Jackson, a graduate of Valley Christian, wanted to stay home because he wanted to be an inspiration for the next generation of kids in the Mahoning Valley.

“I really stayed here just because being from here and going to high school around here, all the younger kids look up to me,” Jackson said. “So I wanted to be local, so I could attend track meets and attend basketball games just to be a great leader.

“There’s not a lot of people that you could say that the little kids could look up to. They’re used to looking up to gang violence, the streets, all the extra stuff like that. There are a few of us (local athletes) actually attending school and doing well, including Chad Zallow (Warren JFK) and Lynn Bowden (Warren G. Harding).”

Jackson was a state champion at Valley Christian in both the 200 and the 4×200 relay. He’s also proven to be a force on the track at YSU, as he finished second in the 200 last year at the Horizon League indoor meet, only finishing .42 seconds behind Zallow. He also had a top three finish in the 60 during the league’s indoor meet.

At the outdoor Horizon League meet, Jackson finished second in both the 100 and 200 dashes, while also running the first leg of the winning 4×100 relay team. Following the three-day event, he was named the Horizon League men’s freshman of the year.

On Friday, he competed at the YSU Collegiate Invitational in the WATTS and posted a personal best in both the 60 with a time of 6.89 seconds and the 200 (21.94), a race in which he finished sixth.

“I did pretty good today,” he said on Friday. “In the 60 I PRd (personal record) in both the prelims and the finals and the 200. Me and all my other teammates, we have a lot of work to do. Because I feel like we’re getting outworked in certain elements, so we’re just back to the drawing board, we’re going to fix it Monday.”

YSU sprinters coach David Townsend, a 1975 graduate of East High School, thinks it’s important for athletes like Jackson be a role model in their community.

“It’s great, it inspires the kids in our community to want to run,” he said. “And let them know, hey, just like Chad Zallow, just like Collin Harden (Girard). You’re seeing Collin on TV last year at the NCAA nationals running. A kid from Girard, OK, he’s from Girard, now he’s in Texas running on TV. That could be me, so my first obligation is our local area.

Jackson already has a pair of Horizon League championship rings, but wants more going through his sophomore season.

“I’m very grateful to be a part of the program. I just want to make the program better,” he said. “Break records, help my teammates strive and get better.”

Towsend said Jackson has a bright future at Youngstown State.

“This year he’s stronger, he’s already ran his fastest time in the 60 which is great for us,” Townsend said “His 200 time will come down as we train, but he’s just gotten stronger, so the barometer for that is that 60 dash.