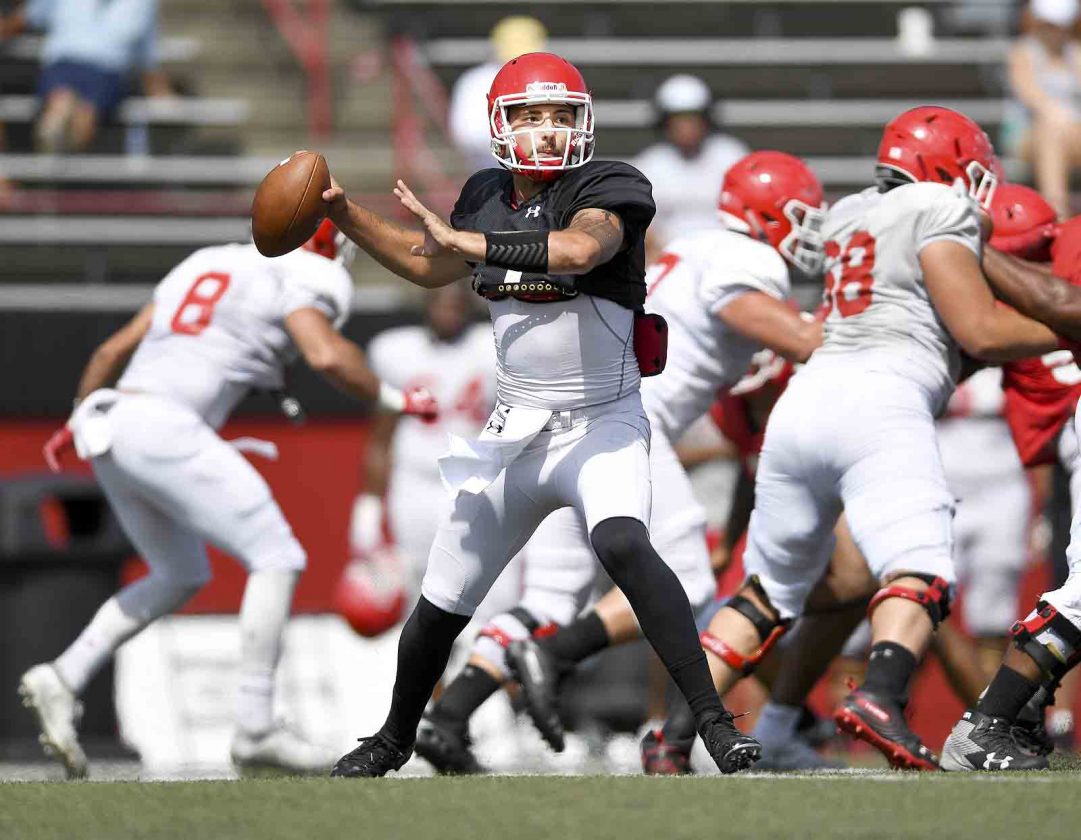 YOUNGSTOWN — It’s nothing new for Youngstown State, but it’s probably not exactly the best situation facing coach Bo Pelini as he enters his fifth season at the Penguins’ helm.

Once again, the Penguins have a quarterback competition brewing deep into camp, and there wasn’t much to separate the two candidates in a scrimmage on Saturday.

Passing-wise, both candidates each left a ittle to be desired as neither Nate Mays nor Joe Craycraft managed to throw for a touchdown. Mays, a senior with six career starts under his belt, and Craycraft, a sophomore who has appeared in just one game in his career, both had a rushing touchdown, but they combined to go 11-for-31 for 126 yards passing. Mays also threw an interception when a pass was tipped and picked off by defensive end Justus Reed.

This is the fourth time in five seasons under Pelini that YSU is going through a QB competition. The 2017 season, when former quarterback Hunter Wells was coming off a strong performance during the Penguins’ run to the national title game, was the only year in which YSU had a clear-cut starter going into Week 1.

Pelini still hasn’t named a starter for the “Week Zero” matchup against Samford, the nationally-televised Guardian Kickoff Classic in Montgomery, Alabama. He has said he might wait until the day of the game — Aug. 24 — to make the announcement. 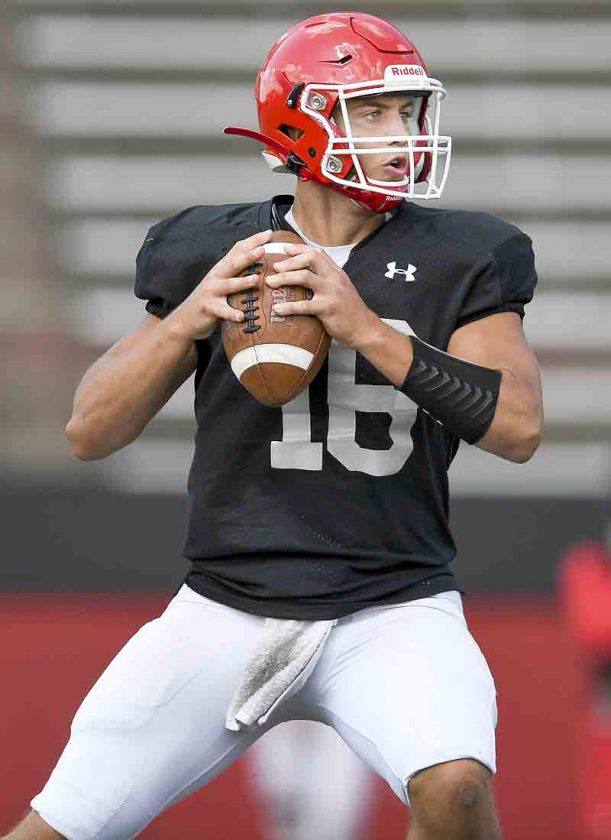 “I have to watch the film, but I thought that they (Mays and Craycraft) both did some good things and they both made some mistakes,” he said. “Did anybody stand out anymore than the other guy? I don’t think so. I think that the competition continues, and I’ll have a better handle on that once I dissect the film.”

Freshman Mark Waid also saw limited playing time as he went 4-for-7 for 70 yards and a 30-yard touchdown pass to sophomore Jake Cummings.

Pelini talked about how Waid, a highly-touted recruit out of Girard High School, is still grasping the many nuances of a college-level offense.

“Waid is doing fine,” he said. “He’s a young kid who’s got a lot on his plate. I mean, it’s a lot mentally, it’s a big jump when you go from high school football to this. Mark has handled it really well. I think he’s playing good football, improving every day, and he’s a tremendous competitor, and I’m seeing some good things out of Mark.”

Cummings saw the offense change from the first half of practice to the second half, and he thought that the team made some good adjustments.

“We started off pretty slow,” he said. “We’ve got to stop shooting ourselves in the foot with penalties, dropped passes, not lining up correctly, but I think the second half of the scrimmage we kinda got into rhythm and kinda got things rolling, and was able to get into the end zone a few times.

“We got three really good quarterbacks, we’re comfortable with all three. Whoever goes out there, the receivers all need to do their job, and (the QBs need to) put the ball where it needs to be. Whoever they choose to be out there Week 1, we’ll be comfortable with.”

Penalties did prove to be a thorn in the Penguins’ side on Saturday as they had eight miscues for 70 yards.

Earlier in the week, former boxing champion Kelly Pavlik came to YSU and spoke to the football team after practice, and Pelini thinks Pavlik had a good talk with the team.

“He had a good message for them, and I thought Kelly did a good job,” Pelini said. “He kind of relayed some things that he went through in his career, and what it takes to be a champion, and I thought it was a good thing for our kids to hear.”

With game day looming ever so close, YSU believes they’ll be ready for the season opener.

“We’re not ready yet, but we’ll get there,” Pelini said. “You’re not supposed to be ready two weeks in, and that’s not what the process calls for, but we’re on track. We have a pretty good understanding about where we are and where we’ve got to get to, and that’s what we got to do.”