Closing in on kickoff 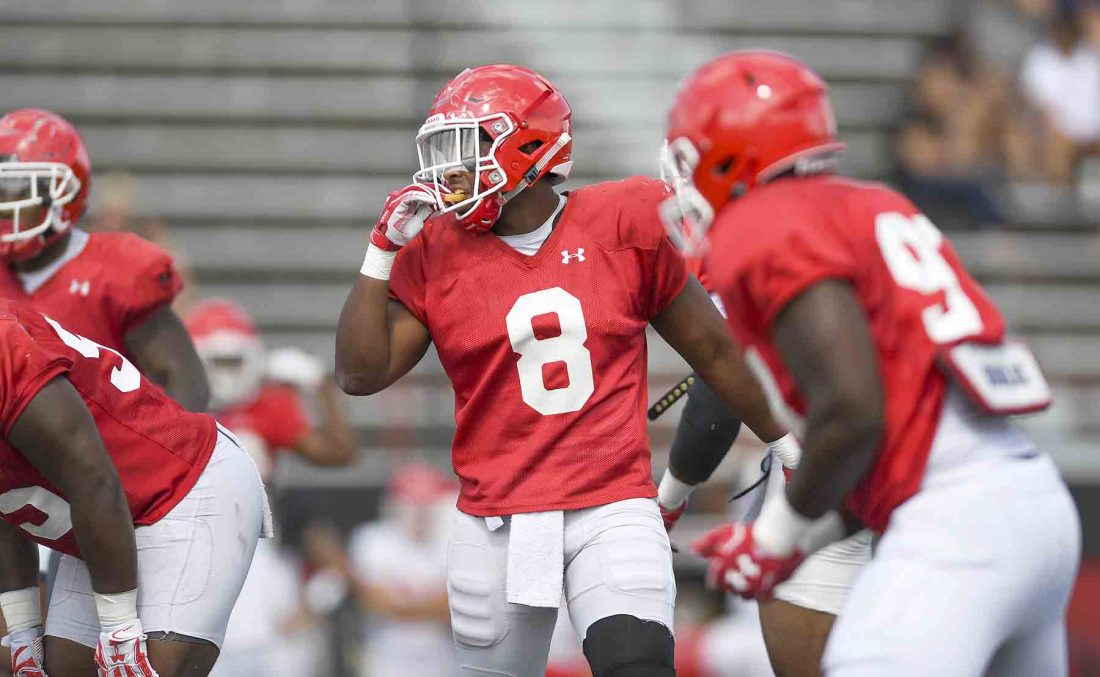 YOUNGSTOWN — Two weeks away from kickoff on national television against the Samford Bulldogs in Montgomery, Alabama, the Youngstown State Penguins took Saturday’s scrimmage as an opportunity to fine tune themselves and work out some bugs leading into the season.

The results were a mixed bag, to say the least.

“We’ll do a little bit more live work next week, but this was a big scrimmage, we had well over 100 plays and we got a lot accomplished, and learned a lot,” coach Bo Pelini said. “I just told the team, we’re not where we need to be yet, and we got weeks to get there, and we got a lot of work ahead of this football team on both sides of the football.

The Penguins’ defense did an excellent job at preventing the offense from creating long drives. During the team’s first possession of the scrimmage, Justus Reed caught an interception thanks to a tipped ball off the hands of safety Kyle Hegedus.

Throughout the afternoon, YSU’s defensive line created pressure, leading to a lot of broken up plays. One of the bigger surprises on the Penguins’ defensive line during camp has been redshirt freshman DeMarko Craig, a Toledo Central Catholic graduate who chalked up six tackles during the scrimmage.

“DeMarko is playing real well,” Pelini said. “Antoine Cook is playing real well. Wes (Thompson) has kinda picked it up lately. I thought he started slow in camp, (but) he’s starting to play into form and play a little bit better football. (Cardinal Mooney product) Vinny Gentile is doing some good things, Dontae Cilenti is doing some good things, so we have some good depth up there, and guys are playing well. I think our defensive line is playing pretty well.”

After practice, Craig talked about how working with Boardman graduate Thompson has helped him during camp.

“He’s an older guy, so he can show me what to do, and what not to do,” Craig said “It (camp) has been all right, we can improve on both sides of the ball.”

The main highlight on the offense was junior London Pearson, who ran for 134 yards and two touchdowns on 15 carries, including a 73-yard touchdown run.

“I think that London is playing pretty good football,” Pelini said. “Our message to him is the consistency aspect and making sure that we can trust him, that he can do it every down. He’s come a long way. He’s playing better football. It’s good to see because he’s a talented kid.”

Pearson, from Pataskala Licking Heights in central Ohio, credited his teammates for his recent success.

“It all comes down to the offensive line,” he said. “I can’t do anything without the OL so they did good today.”

He also talked about the consistency aspect that Pelini mentioned.

“I think that there’s some days where I’m not in it all the way, and I need to fix that and work on that more.”

Pearson could be in the mix to see time at running back if he continues to improve. Junior Christian Turner (Cincinati LaSalle) is likely the starter after playing more of a third-down role the past two seasons, but the Penguins usually deploy more of a running back by committee. Senior Joe Alessi, a South Range High School product, is another candidate to lighten the load for Turner come Aug. 24, when the Penguins take on Samford in the Guardian Kickoff Classic, a nationally televised matchup (ESPN) at 3 p.m. to open the FCS season.

Craig thinks the Penguins will be prepared come Week 1.

“We aren’t ready yet, but in two weeks, I’m pretty sure we’ll be ready to go,” he said. “I trust in our coaches, and believe in them. I feel like they do a good job of preparing us for the game.”