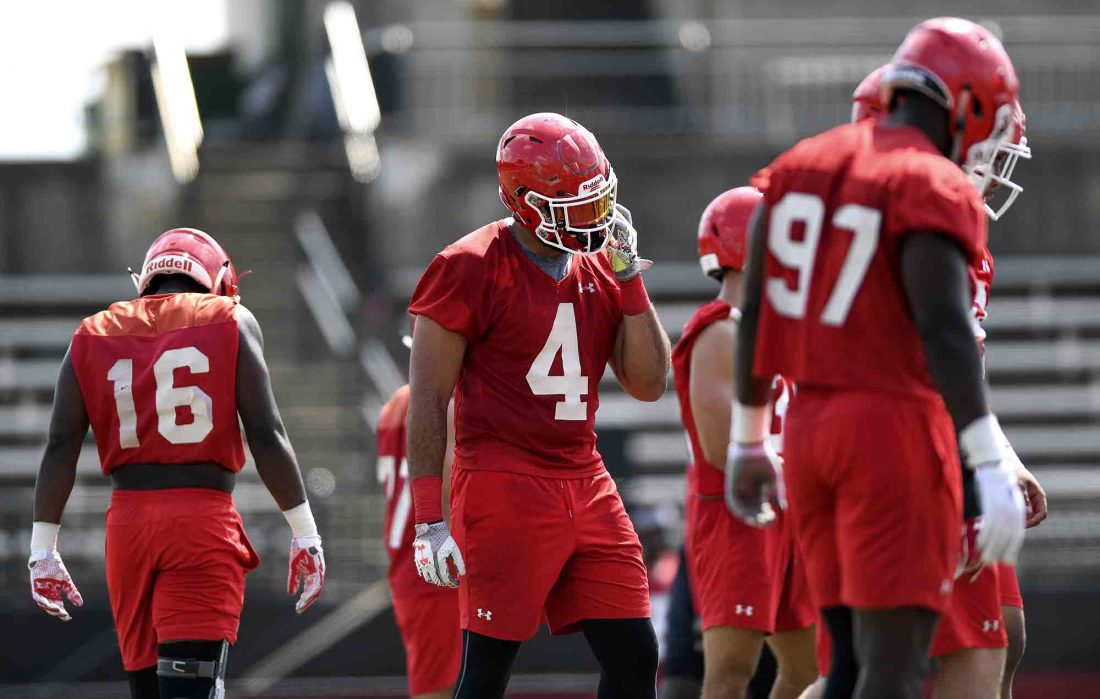 “Pretty much,” he said with a laugh.

The YSU football team is elated its grandpa is back.

The big defensive end practiced with the Penguins for the first time since injuring his Achilles tendon prior to last season. Reed, who transferred from the University of Florida in 2016, was a huge factor in his first year at YSU — with a team-best five sacks in just seven games back in 2017. 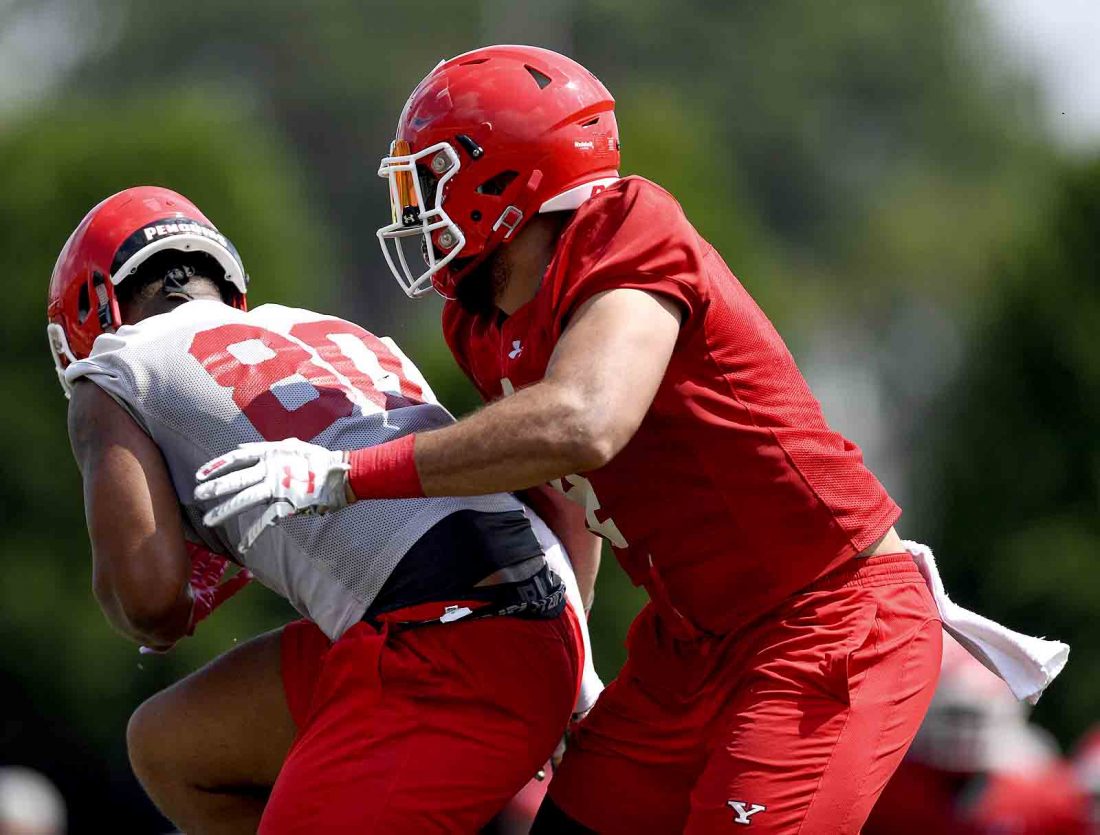 The reason Reed is the elder statesman for YSU is because he spent three years at Florida before transferring, but he missed most of the 2016 season with injuries. Since he missed all of last year as well, the NCAA granted Reed two more years of eligibility. The 23-year-old, now in his third year with YSU, could end up playing seven years of college football.

He still has the energy of a young pup.

The 6-foot-3, 270-pound Reed was a game-changer for the Penguins in 2017. He took over after the losses of NFL prospects Derek Rivers and Avery Moss and was a major threat at defensive end. Aside from the five sacks, he had seven quarterback hurries, forced two fumbles and returned one 21 yards for a touchdown. Again, this came in seven games.

“He looks great out there,” YSU coach Bo Pelini said. “We’re going to limit his reps a little bit early on, but he’s confident. He looks quick, fast, explosive and I’ve liked what I’ve seen out of him the first two days.” 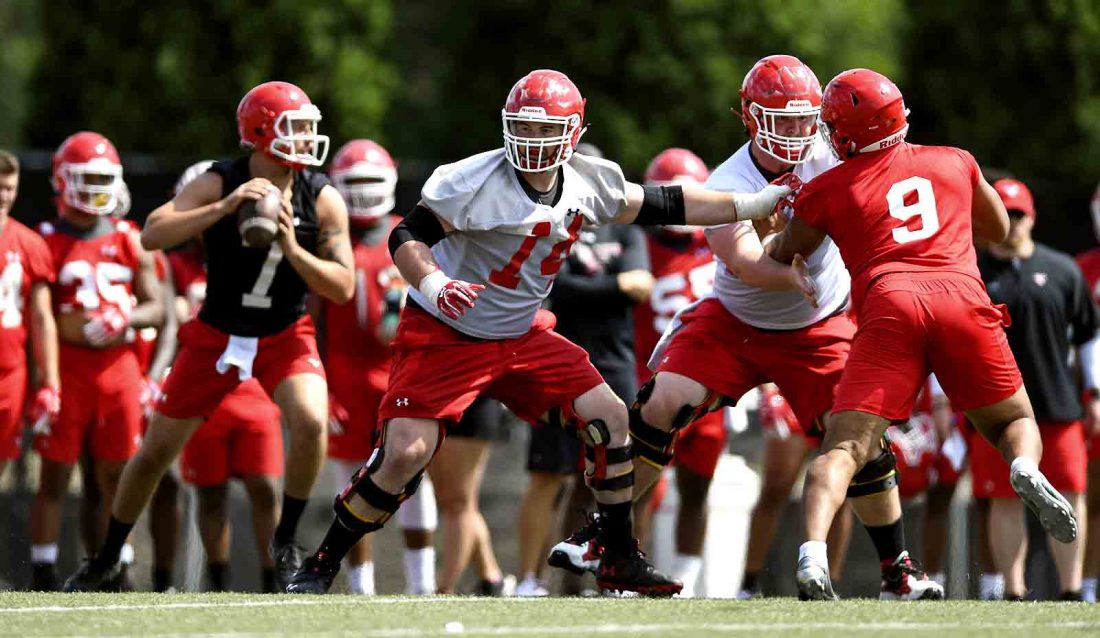 Reed might just put the finishing touches on one of YSU’s strongest areas.

The defensive line was the driving force behind the Penguins’ defense last year. Three of the four starters on the line return in ends Johnson Louigene and Shereif Bynum along with tackle Wes Thompson, a Boardman High School product.

Reed will likely take over at one of the end spots, leading to a deep rotation up front.

Asked to define dirty, Reed laughed and said, “Dirty as in … we’ll be really good.”

The Penguins certainly need to be better in one area.

They finished second to last in the Missouri Valley Football Conference with 17 sacks last year. Savon Smith led the team with six sacks, but the defensive tackle graduated, making the pass-rushing void even bigger. Bynum had the second most sacks with four.

While Reed is excited to play his role and pressure the quarterback, he understands he has to do much more.

Reed had to get himself right first.

He said he feels 100 percent following the blown Achilles. He was worried his career might be over because of the injury, but now the Achilles is not even a thought in his mind.

Reed is grateful he got another chance.

“I was really surprised,” said Reed of the NCAA giving him two more years of eligibility. “I was completely surprised by that, so it was a blessing. I prayed about it, prayed about it with my family and friends and stuff, and I just got lucky I guess.”

He and a young-but-talented defense will likely be the backbone of the Penguins. That’s just fine with Reed. He has full confidence in himself and his teammates being a dominant force.