The trip for Collin Harden has been one with paved with a tireless work ethic, preparation and dedication.

The Youngstown State University junior hurdler won the Division II 300-meter hurdles race at the 2016 state meet for Girard High School. He couldn’t have been more proud. It led to his coming to YSU.

“Coming out of Girard as a state champion meant a lot, but that wasn’t the end of the road for me,” Harden said. “Now that I’m into college, it’s another step I have to prepare for — faster people and faster races.

“Honestly I’m blessed because I worked hard to get to where I am. I’m glad I have the competition I do with my friends and teammates; my coaches pushing and training to put me in position.”

It has led Harden to this year’s NCAA outdoor track and field championships in Austin, Texas.

Harden runs tonight in the second of three heats of the 400-meter hurdles. He comes in with a qualifying time of 50.52 seconds.

He will need to finish in the top two in his heat or have one of the next two fastest times to make Friday’s final, which starts about 10 p.m.

There are three runners in his heat with times below 50 seconds.

“It’s very exciting that I’m part of the nation’s best,” Harden said. “It’s great to be in a position like that. We’ll see tomorrow about the outcome.

He is YSU’s lone representative at nationals, a meet at which senior teammate Chad Zallow competed for the last couple of seasons. Zallow’s eligibility with the Penguins track and field program has expired, but that doesn’t mean the end of the John F. Kennedy graduate’s career, as turning professional is a strong possibility. Zallow didn’t qualify out of the NCAA East Regional.

“It’s sad what happened with Chad’s race,” Harden said. “God has another plan for him. He’ll come back better. He’ll be more focused on being cleaner with more races so he can be better in the future.”

For now, Harden plans to relax in his hotel room and prepare for tonight’s heat.

He’ll watch either Martin or Impractical Jokers, or maybe talk to some friends over his phone. There will be some self-critiquing as well.

“I’ve been watching previous videos of my races where I can pick up and be better,” Harden said. “I haven’t been thinking about it as much so I don’t psych myself out.

“Honestly, I think I’m ready and I couldn’t think of a better time to run.”

He’ll find that out tonight.

“Hopefully the whole thing is a strong race tomorrow,” Harden said on Tuesday. “That’s what I’m hoping for.” 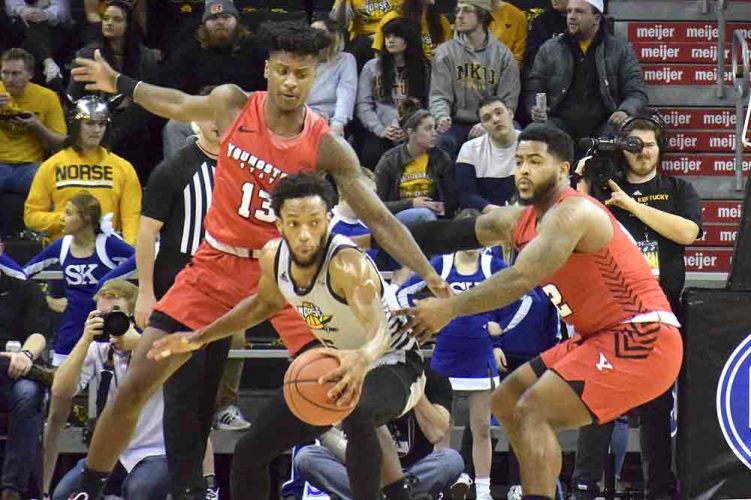