Domitrovich getting noticed at YSU 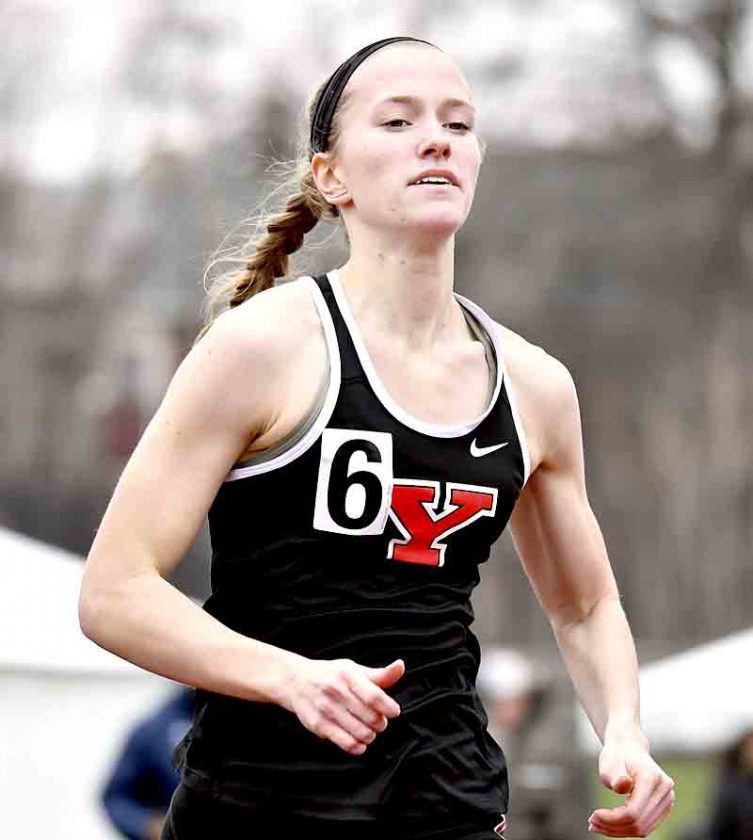 She had recently finished running her heat of the 400-meter run in a shade over a minute.

Hold on, what’s that on her ear? It looked like there were small, diamond studs strewn up the outside portion of her ear. It takes you aback until she quickly takes it off and shows it’s all one piece.

“I was working one of the high school meets and one of the security guards, police there said, ‘Is that one earring?'” said Domitrovich, a YSU junior. “I said, ‘Yeah.’ He said. ‘I thought you had a super-high pain tolerance. You had like 12 pierced.’ I said, ‘No.'”

She ran Friday during a portion of the Northeast Ohio Quad meet, which was scheduled to be held at the University of Akron. But just the throwing events will be held there today, while all other events were held Friday on the YSU outdoor track. The high jump and pole vault were held inside the nearby WATTS center.

John F. Kennedy graduate Chad Zallow continued to impress with a 13.71 seconds showing in the 110 hurdles, ranking him sixth in the nation. He was part of the winning 4×100 relay with teammates Jamynk Jackson (Valley Christian), Brendon Lucas (Boardman) and Josh Beaumont in 41.55, along with taking first in the 200 in 21.62.

Sprints didn’t transcend well from McDonald to YSU for Domitrovich. Her times in the 100 and 200 weren’t fast enough. She ran the 4×400 relay in high school, but never the open 400.

She also competed in throwing events for the Blue Devils. Her uncle, Lou, is the McDonald track and field boys coach and her aunt, Mary, is the school’s girls coach and throws coach. Lou is a middle distance aficionado, running the half-mile in high school.

“He always wanted me to run the 800 in high school,” Iva said. “That never happened. He’s really happy I’m in the 400. My aunt Mary wishes I’d still throw discus, but that doesn’t happen anymore, unfortunately.”

She said her YSU 4×400 relay might have a shot at making the NCAA East Regional preliminaries this year as an automatic qualifier.

“I’m not very close in the 400. I’m trying to improve my times and place well at conference (Horizon League),” Domitrovich said. “That’s my goal for this year.”