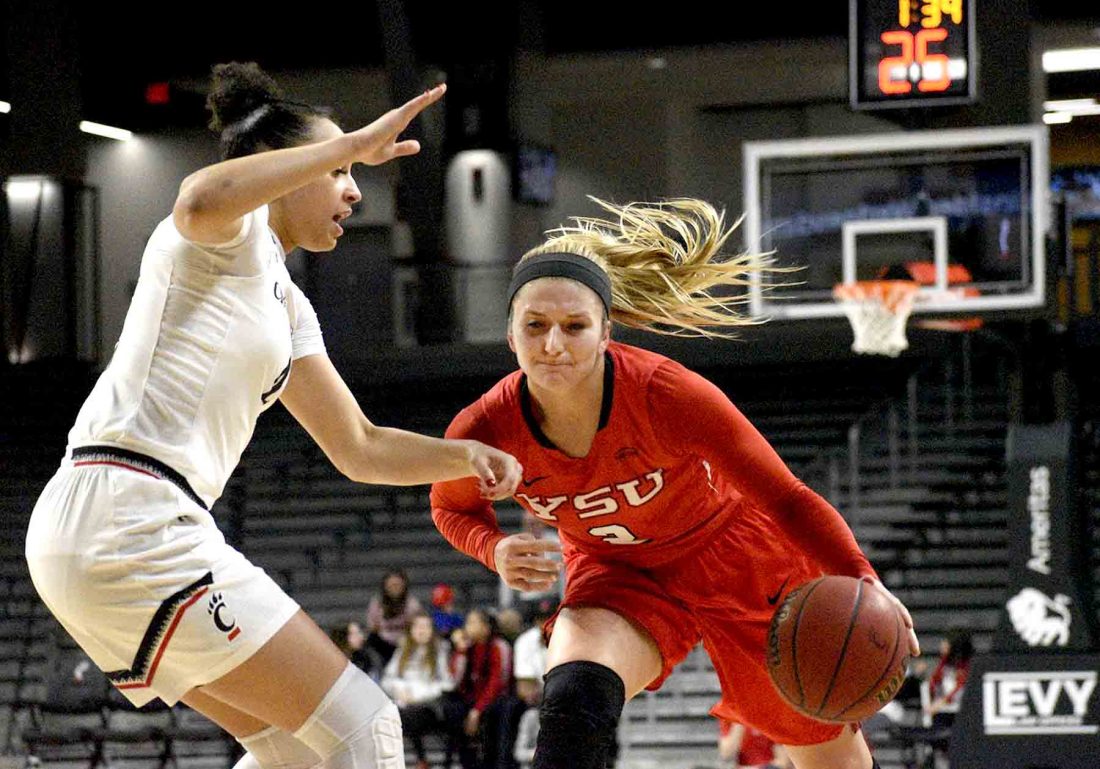 CINCINNATI — They say all good things must come to an end.

A great season from the Youngstown State University women’s basketball team came to an end Thursday, falling to the University of Cincinnati, 76-62.

“I think Cincinnati is a really good team,” Penguins coach John Barnes said. “Their size, their athleticism, their pressure. It took its toll on us.”

It was a game of runs for both teams. YSU would go on a run and the Bearcats would return the favor right away.

Mary Dunn brought the game within three, but Cincinnati went on a 13-point run in three minutes to build a 70-54 lead. 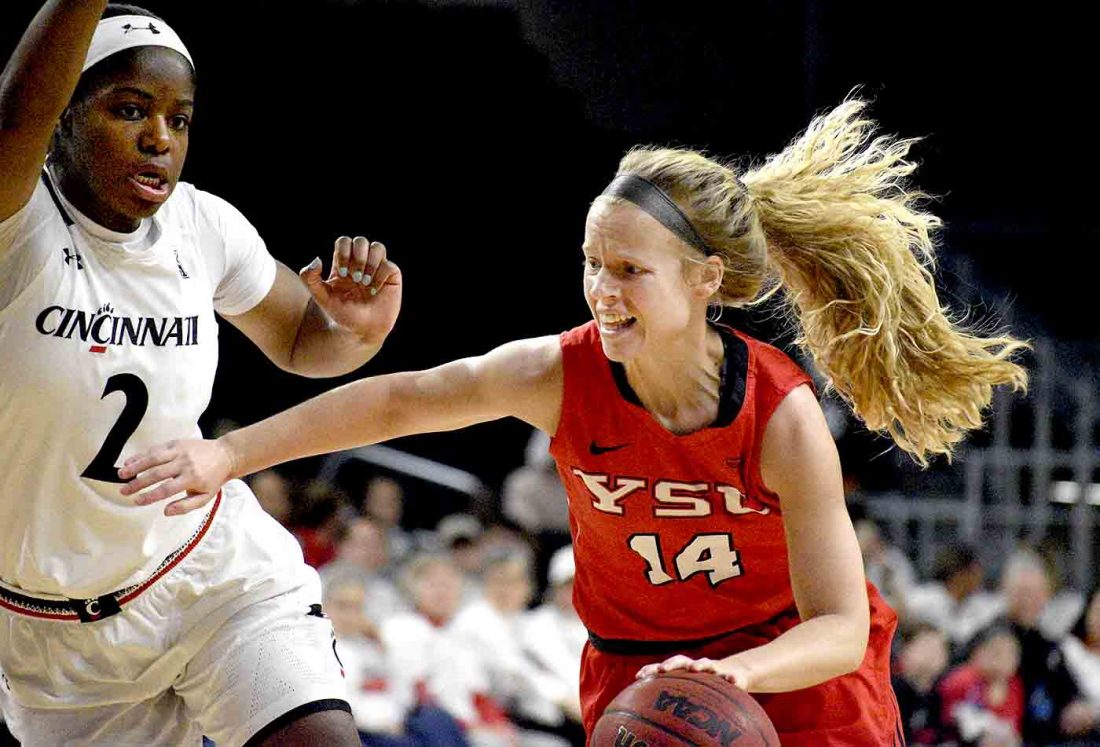 Tribune Chronicle / Brian Yauger Melinda Trimmer of Youngstown State drives against Cincinnati in the Penguins’ 76-62 loss to the Bearcats in the first round of the WNIT.

“We couldn’t really stop them,” Barnes said. “Their post players played tremendously. They were putting up 15, 16-footers, we tried to go and guard them and they would drive by us. I think their post play was the difference.”

Melinda Trimmer set a career high in her final game, putting up 17 points in arguably the best game of her career.

“Obviously I wish it could continue, I wish we had a few more games left but I just gave it everything I had knowing this could be my last game,” Trimmer said. “I’m just very honored to have played with these girls and we couldn’t have accomplished anything without the teammates I have here.”

Alison Smolinski also had a team-high 17 points on the night.

“It would have been great to get that win, but we fought hard and left it all on the court,” Smolinski said. “I thought our offense was pretty good. Our first quarter was really good, the second quarter we kind of fell behind some, but in the second half I thought we have it everything we had.”

“I thought Melinda played outstanding,” Barnes said. “Sarah went five-of-nine from the field, Al made five 3s, so they definitely stepped up and gave it everything they could.”

The Penguins end their season with a 22-10 record, defying some preseason expectations.

Coming into the season with nine players, expectations weren’t exactly at their highest for the Penguins. Barnes was incredibly pleased with the team this season.

Barnes continued on to say how the team has nothing to hang their heads about.

“Third in the conference with three games left, it’s anybody’s ballgame,” Barnes said. “We gave ourselves a chance there (to win the Horizon League). To beat Green Bay, have a chance to beat them (in Green Bay), have a really good chance to beat them in the tournament, it was a heck of a season. We have a lot to be proud of.”

Barnes has talked a lot about legacy this season, from preseason to now.

“The seniors can definitely be proud of how they left the program,” Barnes said. “We talked about this at the beginning of the summer that ‘hey this year is your legacy’ and they can be proud of that.”

It’s safe to say that the seniors just made their mark.