On to the semis 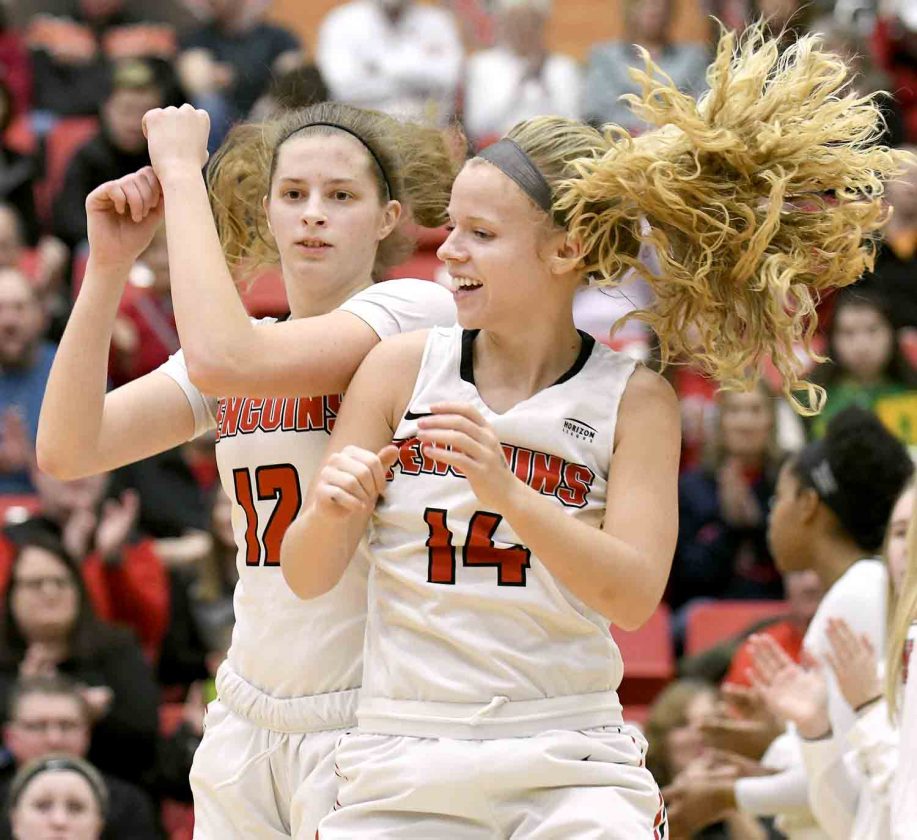 YOUNGSTOWN — Megan Walsted’s jumper with nine minutes remaining gave Milwaukee a five-point lead. It seemed as if the Panthers were going to put this game away against the Youngstown State women’s basketball team which was nothing short of offensively lethargic for the second and third quarters.

YSU couldn’t get started from 3-point range, a usual kickstart for this team.

The Milwaukee defense clamped down on Penguin posts Sarah Cash and Mary Dunn, who was knocked to the floor with a physical move by a Milwaukee player in the third quarter. Dunn eventually returned.

It wasn’t the same YSU team which had won eight of nine from Jan. 18 to Feb. 17, that had won all nine of its Horizon League home games. This Beeghly Center floor was their domain, not Milwaukee’s, despite some Panther-based ads being played during some breaks. Wasn’t Wednesday’s Horizon League quarterfinal a YSU home game?

McKenah Peters got open with seconds left on the shot clock. Chelsea Olson saw the 5-foot-9 wing and got the ball into her hands. Peters muscled it up toward the basket and in, beating the shot clock. Peters was fouled with 8:28 left. She completed the three-point play, cutting the Milwaukee lead to two. 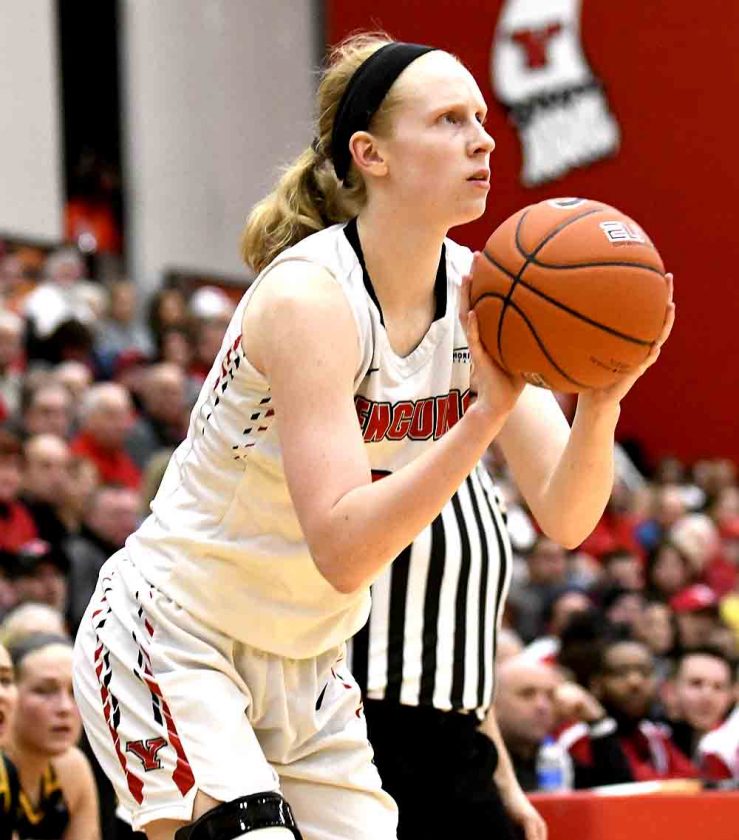 It was the spark third-seeded YSU needed to carry it to a 64-58 win over the sixth-seeded Panthers.

“That really got us going,” said Olson, who had 15 points. “I just remembered all of us huddling and saying, ‘We’re not going to lose this game at all.’ “

YSU coach John Barnes got the play on which Peters scored from a quick glance at another game on TV. Barnes didn’t want to divulge which team made that play.

“That’s what the team ran and got a layup,” he said. “We ran the same thing. Fortunate it worked this time, too.'”

Melinda Trimmer had 11 points off the bench and made all four of her free throws with less than 20 seconds left to clinch the Penguins’ victory. She was cheered on by members of the West Branch girls basketball team, who were watching one of the best players in that school’s history. 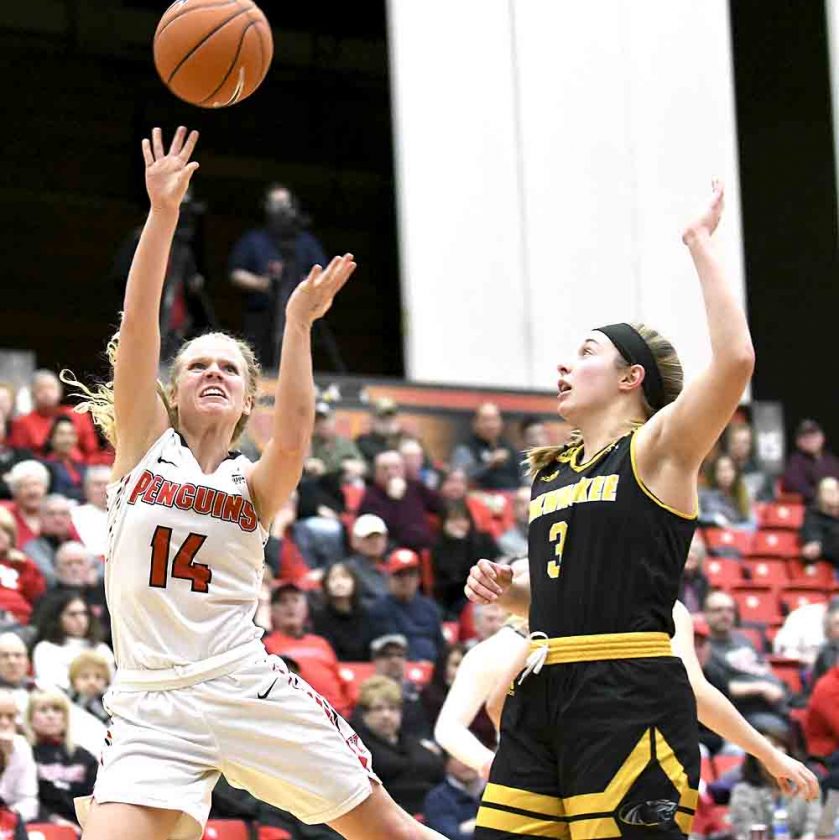 YSU (22-8) was held to 5-of-21 from the floor in the second and third quarters. The Penguins’ stale offense had something to do with Milwaukee’s defense, a coordinated attack comprised by Panthers coach Kyle Rechlicz. The Panthers had nine blocked shots and dominated points in the paint, 32-18.

The keys were taking out the tandem of Cash (6-1) and Dunn, the best low-post tandem in the Horizon League. Dunn, a 6-3 junior, was limited to four points and was battered and bruised most of the game. It was something expected for this time of the year against a team of the Penguins’ caliber.

“They’re tough to double because they have so many good shooters out on the perimeter,” said Rechlicz, whose only double-figure scorer was Bre Cera off the bench for 13 points. “We tried to jump on them a little bit so they couldn’t get so deep on their dribbles and put them in position where they had to take shots from a little farther away from the basket.

“They’re used to burying people under the rim with their size. So we were trying to limit that quality. I thought we did a good job for the most part on that.”

Cash had the gumption to not let this team lose on this night. The Lordstown native is not one for wordy answers. Her coach said it all for a player who was very instrumental in the win, with 15 points and a career-high 16 rebounds. She had nine points and seven rebounds at halftime to keep the Penguins close throughout their offensive struggles.

“She literally put her team on her shoulders today and said we’re not losing,” Barnes said.

The Penguins have to be more confident offensively against the Phoenix, a team which beat YSU in last year’s semifinal in Detroit.

“Whenever we’re open, we’re going to have to shoot it. Just being aggressive and knocking down shots,” Olson said.