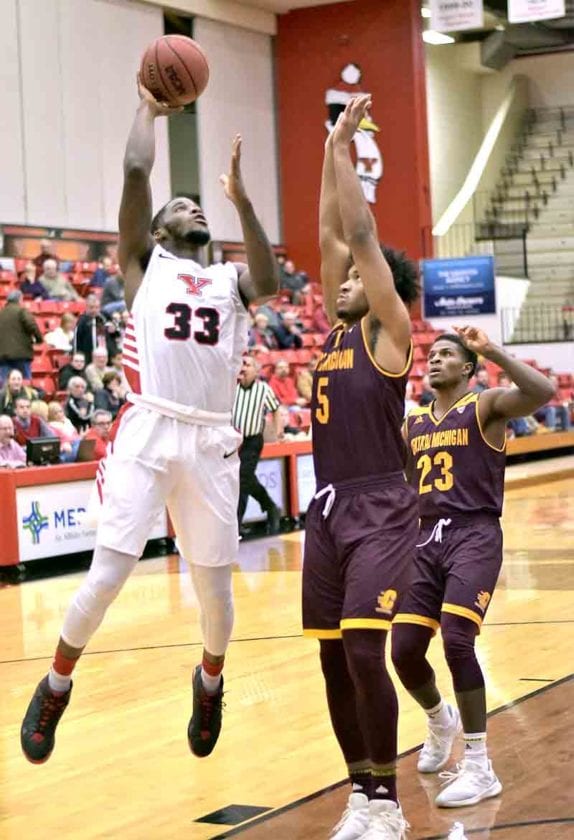 YOUNGSTOWN — Garrett Covington sat in front of the local media, tired and lethargic, trying to make sense of the printed box score in front of him.

His shoulders and the rest of his body ached after a triple-overtime loss to Central Michigan, 100-94.

Short, succinct answers, that’s all he had to muster after the trials of 48 minutes of play ravaged his body. Naz Bohannon had 54 minutes. 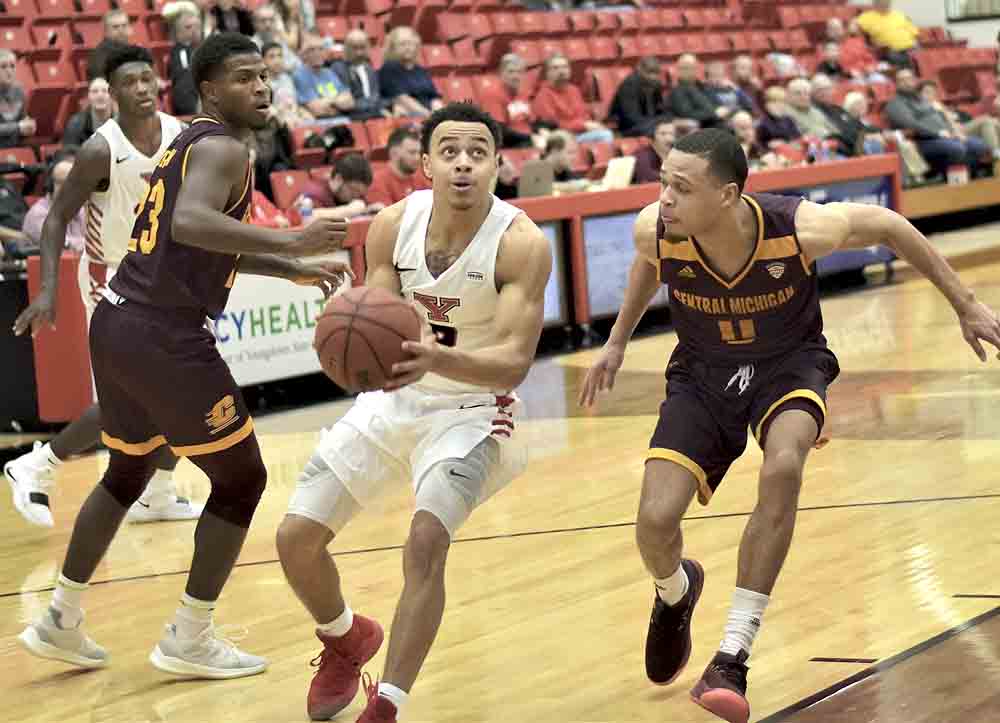 Twenty-two turnovers. The Chippewas had 33 points off those YSU miscues.

Little things added up quickly for a Penguins team which starts three freshmen and two sophomores, has a handful of junior college transfers and no one with more than a year’s worth of experience.

“You turn the ball over 15, 16 times which a young team should do, not 22, you win the game probably going away,” said YSU coach Jerrod Calhoun, whose team is 3-7. “It’s very frustrating, but it comes with the territory when you’re playing with a lot of freshmen that have never been in games.”

Central Michigan’s leading scorer, Larry Austin, who played at Xavier and Vanderbilt before coming to the Chippewas, had a team-high 24 points. Shawn Roundtree added 23. Austin had four of the team’s 15 steals.

“He got to the cup a lot,” Calhoun said. “He puts a lot of pressure on my young guards.”

Austin had a shot to end it in regulation. Central Michigan had the ball following a timeout. The shot clock was off and 24.9 seconds remained.

YSU couldn’t convert as Devin Morgan’s 3-pointer airballed and went out of bounds near the Penguins bench, which would’ve given YSU a rare, second-half lead in the final 20 minutes.

Austin methodically took the ball past half-court and waited until the clock above the basket went under 10 seconds. He took his 6-foot-2 body and slithered inside the YSU interior defense. The quick lay-up went off the rim and into the awaiting hands of Bohannon, who had a career-high 20 rebounds and added 14 points. Covington led the Penguins with a game-high 26 points and added 12 rebounds. The two accounted for more than half of the team’s 58 boards, including 26 offensive.

Bohannon saw the trio of players with more length surrounding the Central Michigan basket midway through the second half.

Bohannon’s 6-6 frame indicated his smaller frame for power forward. His heart said much more, rising up with the body of a defensive end — fending off those Chippewas trying to get their hands on the basketball.

Bohannon came down with both of his arms firmly wrapped around the inflated leather sphere. He took off with the speed that made him such a highly-recruited football player out of Lorain High School for a quick two. He’s a talented basketball player as well, showing why YSU and many other teams in the Midwest coveted his services.

Covington dove for many loose basketballs, guided his team on the floor, played some tight defense and rebounded — all things missing from his game until recently.

“I just have to do that little stuff,” he said. “That fuels everything.”

The Penguins didn’t have that right stuff at the end of the second overtime as Morgan airballed a 3 with seconds left and the game tied at 82. However, there was a jump ball underneath the YSU basket. The possession arrow pointed to the Penguins. Morgan, who had 25 points off the bench and was 3 of 14 from 3-point range, tried to get the inbounds pass near the post, but only found Bohannon near the Penguins bench. He was trapped by two Central Michigan players and had to settle for an off-balance shot which hit nothing.

Calhoun wanted a drive toward the basket on the inbounds, but the Chippewas prevented that play.

It’s not the result YSU wanted, although a win like this would’ve done wonders for a young team’s confidence. Instead, it’s three straight losses.

“You got a lot of guys that are down in the dumps,” Calhoun said. “That shows that they care. That’s a great sign.”

The Penguins take a rebounding advantage of 58 to 46, better defense and move on to the next game for a team which is mainly filled with newcomers.

“I think our kids should not hang their heads,” said Calhoun, whose team hosts Western Michigan Saturday. “They have a lot to be proud of. We just got to keep working. There’s no recipe for this stuff. You roll up your sleeves and you work and get better. You can’t get down on them. It’s not the NBA. We’re not going trade them. They’re my guys. I love them to death. We just have to watch the tape get better and get on the court and get better.”