They want a season

State coaches give OHSAA proposal for football in fall 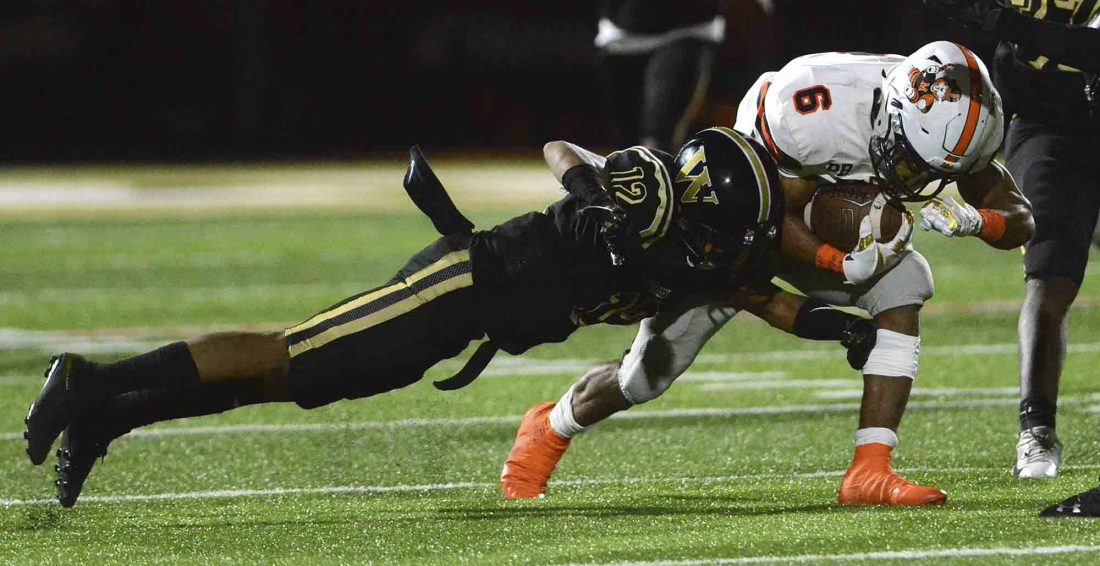 Football. A game played with 11 people per side. Helmets collide into padding that pops. The sound echos off the metal bleachers, into the earshot of players, coaches and fans.

Friday nights in the Mahoning Valley. They are the sounds Chaney High School football coach Chris Amill wants to hear this fall — not for himself, but his legion of players up and down the Cowboy roster.

A 19-year-old man was shot Saturday night at Homestead Park on the South Side of Youngstown.

Chaney athletes live with constant trepidation. Add to that the uncertainty of fall sports — COVID-19 pandemic, social distancing and masks.

That concerns Amill. He just wants to know his players are safe. Football provides that safety.

“For me, I do get worried when my boys do go home. I had a player’s house who was shot up, not for something that he did, but for a family member,” Amill said. “That shook him up. At least I know when they’re with me, they’re safe. I know during doubles and during the season, they’ll be safe, they’ll be taken care of. Not having a season jeopardizes a lot of that because my boys aren’t bad, but you always hear wrong place, wrong time. You have so much time on your hands that an incident that happened recently at Homestead Park where a 19-year-old was killed. It wasn’t meant for him. He was just there playing basketball. It was kind of that situation, wrong place, wrong time.

“Not having football would really worry me because now I can’t control that environment that my boys are in while staying at football practice. If we wanted to get heated and competitive, we can. If we need that time to be loving and nurturing, we can. I can’t do that if they’re not there. For me, that’s probably the scariest part and the hardest part for me to deal with, not having my boys there because I know the environment that is created at practice is safe.”

Tuesday, the Ohio High School Football Coaches Association submitted a 30-plus page document to the Ohio High School Athletic Association. The OHSFCA had a committee of coaches selected by president and Lakeview High School football coach Tom Pavlansky, which was backed by research from medical professionals and guidelines for a Responsible Restart of Ohio by Gov. Mike DeWine’s task force.

Why is football needed this fall?

Cleveland Heights assistant football coach Kahari Hicks, who spearheaded the Build the Bridge project which brings football palyers from mainly black teams and mainly white teams to work together. Warren G. Harding, Niles, Ursuline, Chaney and East are some of the local teams involved in this movement meant to bring awareness to race relations in our country.

Hicks recently put a video on Twitter (@kahari_hicks), praying that there would be a season.

“Our kids need things, whether you’re the white rural kid or the kid in the inner city,” he said during Tuesday’s Build the Bridge gathering in Canton. “They all need sports for different reasons. I put that out there because I know a white kid I used to coach. His dad was a drunk and his mom was never there. I also coached a black kid who never had a chance to play after high school. He just wasn’t good enough. This senior season will be their last dance. No matter what your race, this sport means something to you. It helps you through life situations. I just had a player, his mom died. He needs his teammates to rally around him. Those are the important lessons through sports. That’s why we need sports. It’s just the unseen that people don’t know.”

“Now, you’re making a choice if you want to go to any of those as a form of entertainment,” Arnold said. “Same thing with high school football. You can make a choice. We talked in the proposal. Make sure there is social distancing. Making sure they’re going to mask up.

Financially, football has a trickle down effect to other athletic functions within a school. Other Harding athletic programs run concession stands around Mollenkopf Stadium on game days as fundraisers.

“Football funds other sports within a particular school,” Arnold said. “I don’t care if it’s at the college level or high school level, football enhances or funds the other sports.”

Football, for some athletes, is the only means of paying for college — sponsoring the future teachers, doctors and lawyers.

“There’s not too many families that live in the inner city that have college funds for their kids,” Amill said. “For my kids to have that extra year of film to get school paid for, it’s going to huge for them. If they graduate, they won’t have all of those loans the have to pay off. For me, that’s the biggest thing, to help my boys become successful men. If it’s going to college, great, going to college and not having those loans to pay off when they’re out.”

There are many reasons the OHSFCA wants to have a season, but Arnold said the association will take the precautions necessary to ensure football and all fall sports happen this fall.

“I think we’ve seen how important sports are in our society at every level,” he said. “We just have to conscious, continue to do what we’re doing. All the coaches have done their part, everything they can do to abide by what the local health department has mandated with the sanitizing, the cleansing, with the social distancing, with the masking up. “

“We’ve done all we can do and we’ll continue to do that to ensure we have a season.”

YOUNGSTOWN — The fourth annual running of the Youngstown Marathon and and Half Marathon won’t happen on Oct. ...

CLEVELAND — Indians manager Terry Francona remains absent from the team to get rest while dealing with a ...

CLEVELAND — Oscar Mercado’s gamble paid off for the pitching-rich, hitting-poor Indians. “It probably ...

Center of it all

CLEVELAND — One union took precedence when Browns center JC Tretter considered whether to play in 2020 — his ...

CLEVELAND — While there’s no guarantee Odell Beckham Jr. will stay quiet, the Cleveland Browns are confident ...

PITTSBURGH — Ben Roethlisberger is pretty sure there isn’t a technical term for what doctors did to his ...