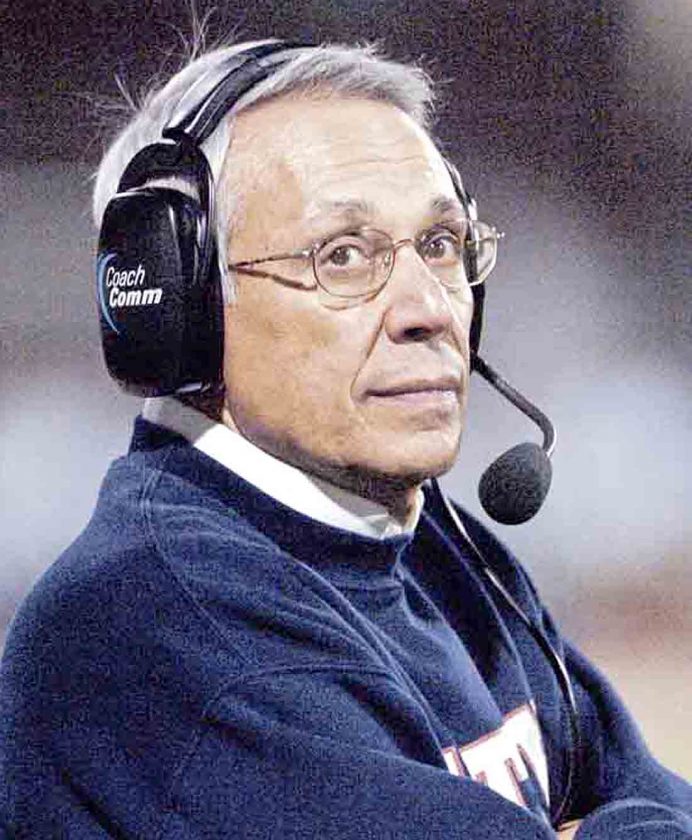 Bayuk was John F. Kennedy High School’s football coach from 2014-19. He posted his 200th career victory last season and will join Annarella in the 2021 Hall of Fame class.

“When they told me I got in … very humbling to think about all the kids you coach and all the guys you work with,” Bayuk said. “You realize you couldn’t do it without them.”

Back to reality. He was shoveling dirt out of his driveway, doing some landscaping when the call came. 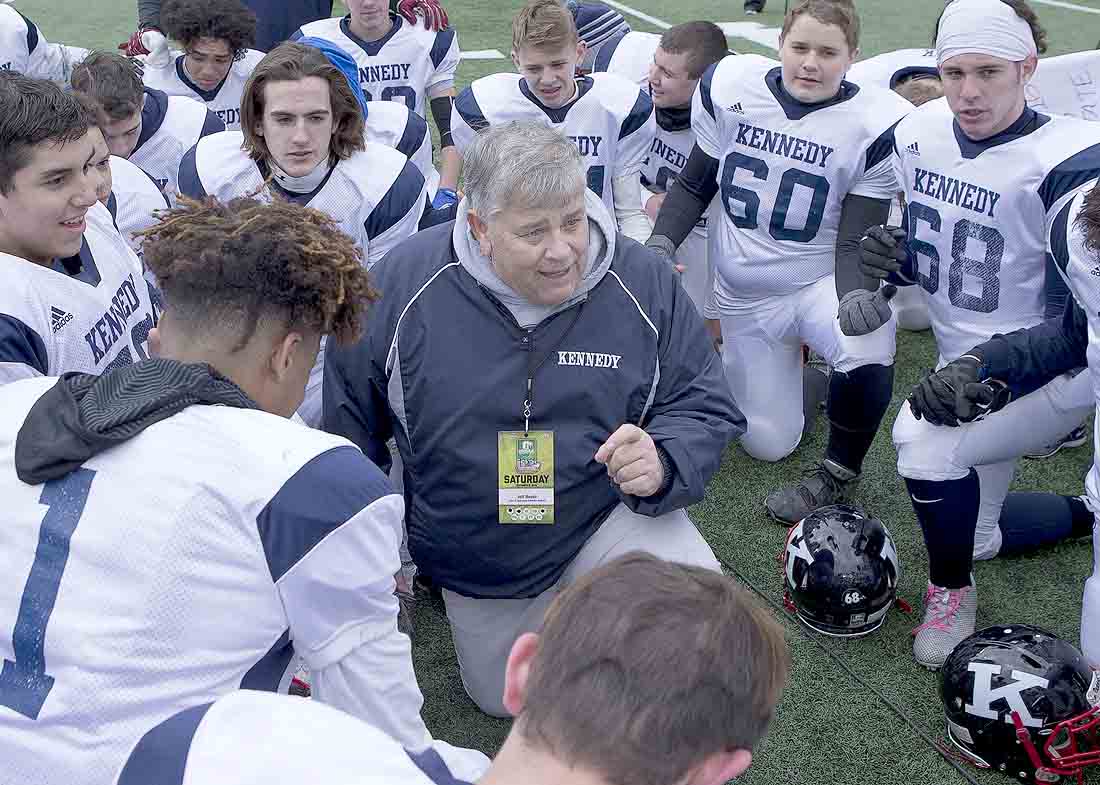 “Then I get to come out and wheelbarrow dirt. Glamorous job,” he said.

The highlight for Bayuk during his many years coaching in the Mahoning Valley was when he read the Ohio Stadium scoreboard in early December 2016 — John F. Kennedy 24, Minster 6.

“The one thing we talked about was that season and victory bonded us together forever,” Bayuk said. “I’m very blessed. I’m a very lucky man.”

Annarella was the coach who brought Western Reserve and Harding together into one Warren school in 1990.

It was Warren’s super team that went 14-0 and beat Cincinnati Princeton at the former Akron Rubber Bowl for the Division I state championship.

“It was never difficult with the kids,” Annarella said in a 2017 article in the Tribune Chronicle. “The only thing we had to do was battle some of the things they were hearing from the outside. It was the adults that were more of the headaches than the kids were.

“The kids were terrific — both sides of town. That was one of the most unique and most memorable years of coaching I’ve had because of that. The way they responded and came together as a group. Being fortunate enough to coach that group of young men.”

Bill Bohren, currently a Niles assistant coach, was Boardman’s coach at the time. The Spartans and Raiders faced off in a first-round playoff matchup at Niles’ Bo Rein Stadium in front of a capacity crowd.

Bohren stayed in touch with Annarella throughout the years — knowing him as a sound coach who surrounded himself with good assistants and had a very fundamental team.

“He was a great family man,” Bohren said. “He was the ideal football coach. You don’t get many Phil Annarellas.”

Annarella didn’t burden his players with a litany of rules. No one player had favor over another. If one got out of line, even if it was a star player, he faced punishment like the rest of the team.

“When you make rules, you’ve got to enforce them,” Bohren said. “I think Phil was very smart at that. He didn’t overburden them with rules, but the ones he made, they were vital to the kid growing up. They were vital to football. He enforced the rules. That’s how it has to be.”

Bayuk coached at Canfield where his teams never lost to rival Poland, and saw his seniors at Campbell raise the rivalry trophy after beating Struthers.

Then there was Hubbard, where he coached his son, John, and remembers escorting his daughter, Laura, who was part of the homecoming court. John is Struthers’ football coach and Laura is a second-grade teacher in Madison.

Starting at Hubbard in the early 1990s was one of Bayuk’s best experiences on the sidelines.

“The first year I was at Hubbard was the most magical season I’ve ever been associated with, minus the state championship (at JFK),” Bayuk said. “There were no expectations. Every little positive thing that happened in 1991 at Hubbard was great. The kids had so much fun.”

Every stop, Bayuk had a chance to coach different players from various backgrounds — enjoying the journey.

He had Campbell players come visit at JFK. A former Canfield quarterback came to JFK’s state title game in 2016 with his son

Bayuk is his son’s assistant coach at Struthers this fall.

“It’s hard to quantify all of the great memories and great people I’ve been lucky enough to share these years with,” he said. “Forty-three years is quite a journey. I’m very lucky.”

NEW YORK (AP) — Mookie Betts, Gerrit Cole and a pair of high-profile matchups are set for opening day as Major ...

Greatest Day of Golf on July 20

A collection of some of the area’s best young golfers, many competing at the collegiate level, has teamed ...

Memorial to have no spectators

The PGA Tour and the Memorial scrapped state-approved plans to have limited spectators next week because of what it ...