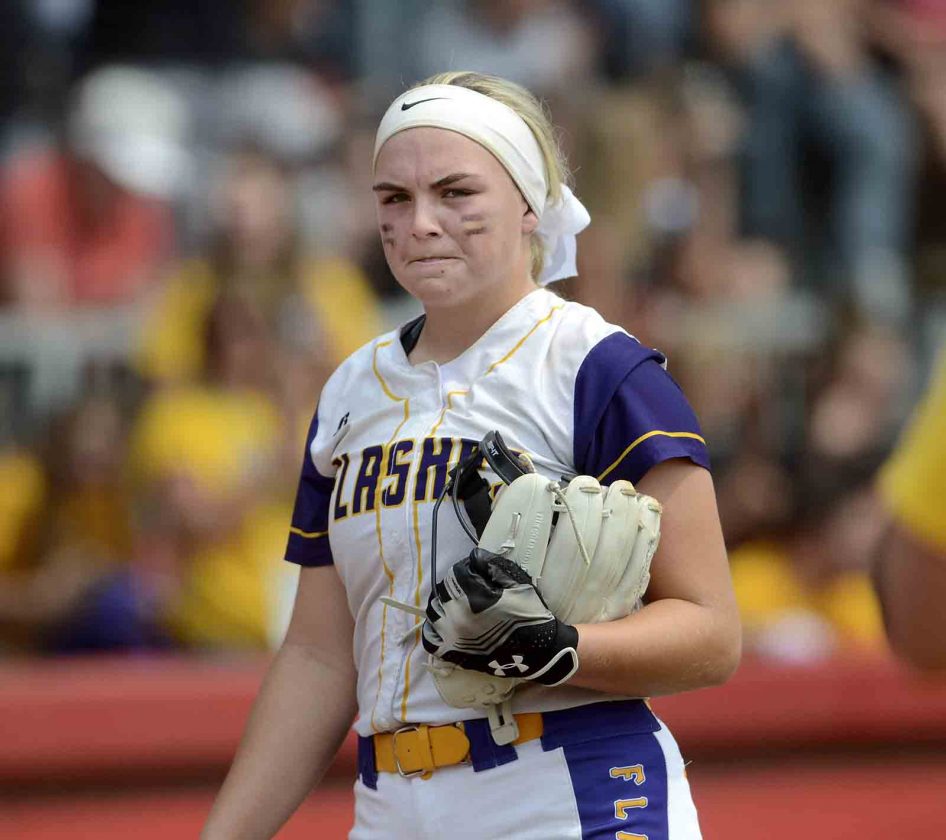 Allison Smith still gets Dairy Queen every now and then after a long day’s work on the softball field.

She’ll be adding more Gatorade to her diet now.

Smith, an Ohio State recruit, was in the running for the award last season as a junior, and she entered this year nine home runs shy of the all-time state record. While spring sports were canceled around the country, Gatorade still honored players from the 50 states and the District of Columbia.

The award, according to the release by Gatorade, “recognizes not only outstanding athletic excellence, but also high standards of academic achievement and exemplary character demonstrated on and off the field.”

It distinguishes Smith as Ohio’s best high school softball player, and she is now a finalist for the prestigious Gatorade National Softball Player of the Year award to be announced later this month.

Smith was the second player in the last three years to win it for the Golden Flashes, joining Megan Turner in 2018. The award was a special one for Smith, who said it was “tied with the state championship” as one of her greatest accomplishments. She said hearing the news made her stomach flutter, similar to winning state.

“It’s one of those things that I dreamed about when I was freshman,” she said. “Watching Megan win it when I was a sophomore, it was like, ‘Oh my gosh, from this little town of Champion, people can actually do it.’ If you’re good enough, they’ll find you. It was just crazy that, in the middle of this (coronavirus), they chose me. It was just so amazing.”

The numbers prove why Smith earned the award.

She clubbed 18 homers as a freshman, 15 as a sophomore and 18 more as a junior. Her 51 career homers trailed only Hope Straight of Mount Vernon, who accomplished the feat over four seasons.

Smith’s career batting average was .499 and she averaged more than 50 RBIs per season. Her pitching was equally impressive. The 5-foot-11 Smith posted a 39-1 record with a 0.48 ERA and six no-hitters in helping Champion win three straight state titles. She also struck out an incredible 457 batters in 245 innings over three years.

Longtime coach Cheryl Weaver, who has led the Golden Flashes to six state titles during her tenure, doesn’t like to rank players. Still, she had to admit Smith is the best home run hitter in the school’s history and one of the top all-around players she has coached — saying she’s right there with Lindsay Swipas (pitching) and Megan Turner (hitting).

“She just came on like gangbusters, and her size and her strength give her a little bit of an upper hand with stamina and all that,” Weaver said. “If I’m comparing them that way, I always hate saying the best, but if you put Megan and her against each other, and you put Lindsay and her (against each other), that would be awesome.”

Smith’s dominance will be tested next year.

The Buckeyes recruited her as a pitcher, but she said the coaches are going to give her a chance to earn her way into the lineup. Smith said she enjoys pitching more than anything, but she’ll do what she can to be a hitter as well.

“When I get there, there’s going to be so many talented hitters, it’s going to be a super competitive thing,” she said. “They said they’re going to give me a shot, and if I’m top nine, then I’ll hit. Or if I’m not top nine, I’ll just pitch. It just kind of depends on the performance of myself and everyone else.”

Until then, Smith is staying sharp.

Her summer travel-ball team just began playing last week, but she has been following a detailed workout plan from the Buckeyes and also working with her parents on pitching and hitting.

She spent most of her Wednesday working out in the pool and then down at the fields with a pitching instructor. Considering it was in the mid-80s, that’s when Dairy Queen entered the fray.

“It’s been a busy day,” she said, “so my dad came home and said, ‘So, for dinner, do you guys want Dairy Queen?’ So, we had Dairy Queen for dinner.”

She wishes her Champion teammates were joining her for the post-softball treat.

The Golden Flashes never got a chance to win a fourth-straight state title, and while the honor by Gatorade was a dream come true for Smith, it didn’t ease the pain left by missing her final season.

“I thought that at first,” said Smith of hoping the award would soften the blow, “but then after I got the award, I started sitting there thinking about it. I had an interview, and I’m like, ‘No, I ‘m supposed to be getting interviewed because we just won regionals. I’m supposed to get interviewed because we just won state. I miss my teammates. I miss the fun pranks we used to pull on coach Weaver. I miss the Cracker Barrel runs.’

“The award, it was an awesome award, but it was just, all the things that should have been going on weren’t going on, and it was just a lot to think about really.”

Smith was hoping for a different Gatorade shower to celebrate her career at Champion.