Badger’s Stanhope dwells on future, not what might have been 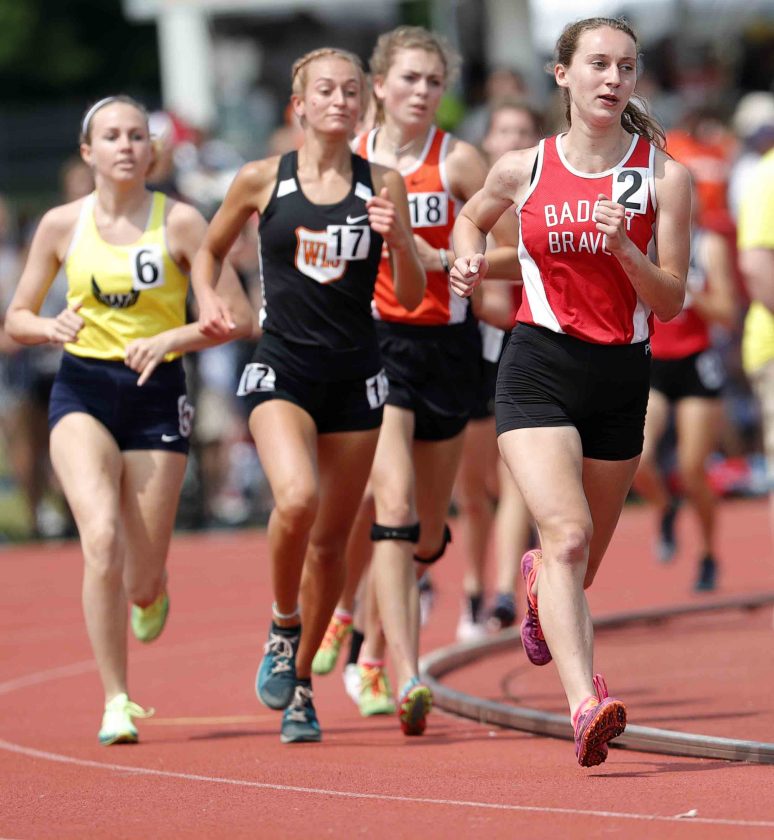 Miranda Stanhope’s eyes start to widen. Her smile becomes a bit more infectious the more people she sees on her daily runs.

The Badger High School senior sees some pass by running like herself, while others walk leisurely by that particular day.

Stanhope enjoys seeing more and more people at the park.

“For me, going on my daily runs helps,” she said. “It’s to deal with all that uncertainty and a lot of things that I can’t do. I can still run. I’m really thankful that I can keep practicing on my own. You have a lot of freedom in running that you don’t have to have a lot of equipment. You can just do it wherever you are.”

Stanhope wishes she was elsewhere. District meets started the week of May 17. Those tracks remained empty and silent, a recurring theme throughout this COVID-19 pandemic, which wiped out spring sports in Ohio.

Stanhope finished her senior season in cross country with a state runner-up title in Division III, a year removed from winning state.

What might have been this track and field season?

“She was in great shape and it’s a shame we weren’t going to see what she could do,” Badger girls track and field coach Carrie Albert said.

Stanhope’s competitive side took over. It’s what elite runners do. The Badger senior wanted another chance to prove herself against Engel.

“During cross country, I didn’t feel like I was in my best shape because I didn’t have a very solid summer train since I was going through an injury,” Stanhope said. “I put in a lot of good work during the winter. I was hoping I’d get to see where I’d get to place next to her.”

Albert started to tear up when she spoke of Stanhope, saying she was the best distance runner in her athletic abilities, she’s ever coached. Stanhope’s resume speaks for herself.

The Badger senior knew the sport well with workouts and how it would benefit her. Stanhope knew extra stretching meant she’d likely stay injury free.

She even ran along Badger sophomore Brooke Polon, who was a protege of Stanhope’s.

“Who know when we’ll have, or if we’ll ever have, an athlete of Miranda’s caliber?” Albert said. “Brooke’s not there, but running with her or training with her helped her so much. I think she really looks up to Miranda. I’m really going to miss that leadership as well as what she contributed with the team.

“Her leadership is going to be something we’re going to miss.”

Stanhope takes her talents to James Madison University next season.

She’s looking forward to the hill training in western Virginia, building toward this fall’s cross country season. Stanhope, who will be a biology major, said she’s slated to move into her dorm on Aug. 20.

There’s no sense dwelling on what might have been this spring.

“I try not wasting too much energy thinking about it since it was out of our control,” Stanhope said. “It was hard to hear that I wasn’t going to be able to race for my senior track season because I felt I made a lot of progress over this winter. I was really excited to see those results.

“I’ll just have to wait for the next season.”