Former LaBrae standout to play in Turkey next season 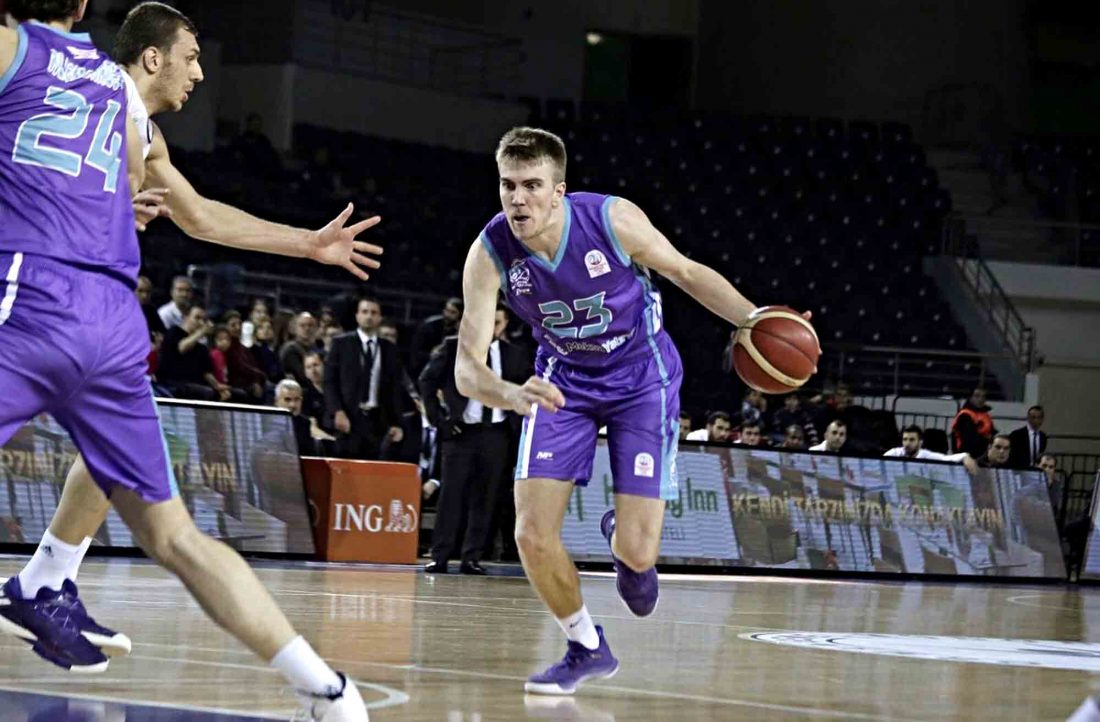 A couple minutes before Peyton Aldridge answered his phone for this interview, the LaBrae High School graduate said he was talking to Bahcesehir Basketbol coach Zafer Aktas about the upcoming season.

The 6-foot-8, 225-pound forward played in Italy to start off his professional basketball career in 2018 before moving east last season.

Turkey’s league was much more competitive than what he faced in Italy, where the top couple of clubs dominated. You had games where you were losing by 20 points or winning by that same margin.

Last season in the BSL, he played 22 games where his team went 7-15. There, games were within 10 points except one.

“A lot of the times I’m spacing out, shooting the ball. I got the opportunity to attack, obviously,” he said. “I look to push the ball. I’m versatile in that way. The most versatile part of my game is on defense right now. With me being undersized at the four position, I switch almost every ball screen. This past year I did a really good job defensively switching ball screens, being able to stay in front. At least enough to make help come or make them take a bad shot, switching on to the shorter, quicker guards. That aspect, I had to focus on that.”

Another facet he had to adjust to is not many people spoke English in the city of Afyon. Aldridge spent a lot of time with his teammates last season. There are more English-speaking people in Istanbul, where he’s headed this season.

“There wasn’t a lot to do. It was good. I had a lot of good group of guys this year,” he said.

The former all-Ohio and former Davidson College standout started to see other leagues cancel as the COVID-19 pandemic started to spread throughout the world. Not so much in Turkey, but that country wasn’t immune to the fast-spreading virus.

The Basketball Super League was canceled.

Aldridge began his journey back to the Mahoning Valley. Temperature check in Istanbul, the city Aldridge is playing in next season, before boarding a plane toward the United States. He heard from other overseas athletes heading home planes had few aboard. Not for Aldridge.

“All my buddies flying home said there were hardly anybody on the plane and I’d have my own space,” he said. “I get on the plane and it’s completely sold out. It was jammed packed coming back.”

New York to Cleveland to home with plenty of hand sanitize­r and disinfectant wipes used along the way. Two weeks of self quarantine followed.

Aldridge was getting used to being back home around late May, early June. The coronavirus altered many schedules, including his.

He, like many others, have grabbed their golf clubs and headed out for leisurely walk usually filled with frustration of trying to make a small, dimpled, compressed ball reach a flagstick and cup in as few shots as possible. Easier said than done, especially on the No. 15, par 5 double dogleg at Riverview Golf Club in Braceville as he has more time to than a month or two to hone his game.

“(It) gets me every time,” Aldridge said.

It’s not all golf for the former LaBrae standout. He has a court at his house where he takes up some shots and has just started one-on-one lessons with LaBrae and Newton Falls basketball players.

He hopes the LaBrae High School gymnasium opens, along with the weight room so he can get in some more work.

“It’s definitely an option, getting in there lift and getting shots up. I don’t know how I got shots up outside as a kid. I can’t stand it right now,” Aldridge said.

He’s been at First Community Church in Leavittsburg in their gymnasium. No one else has been in there, but the pastor has let Aldridge take some shots.

“That’s been a huge benefit for me just because no one else has been in there. The pastor told me you can go in when no one else in there,” he said.

Some players don’t have as much access as Aldridge, getting a chance to shoot baskets.

“I’m very thankful to have that opportunity,” he said. “I know there are some guys in the NBA saying we don’t have a hoop to shoot at when they were first quarantined. I’m very fortunate to go outside and get some shots up get in the church I have available.”