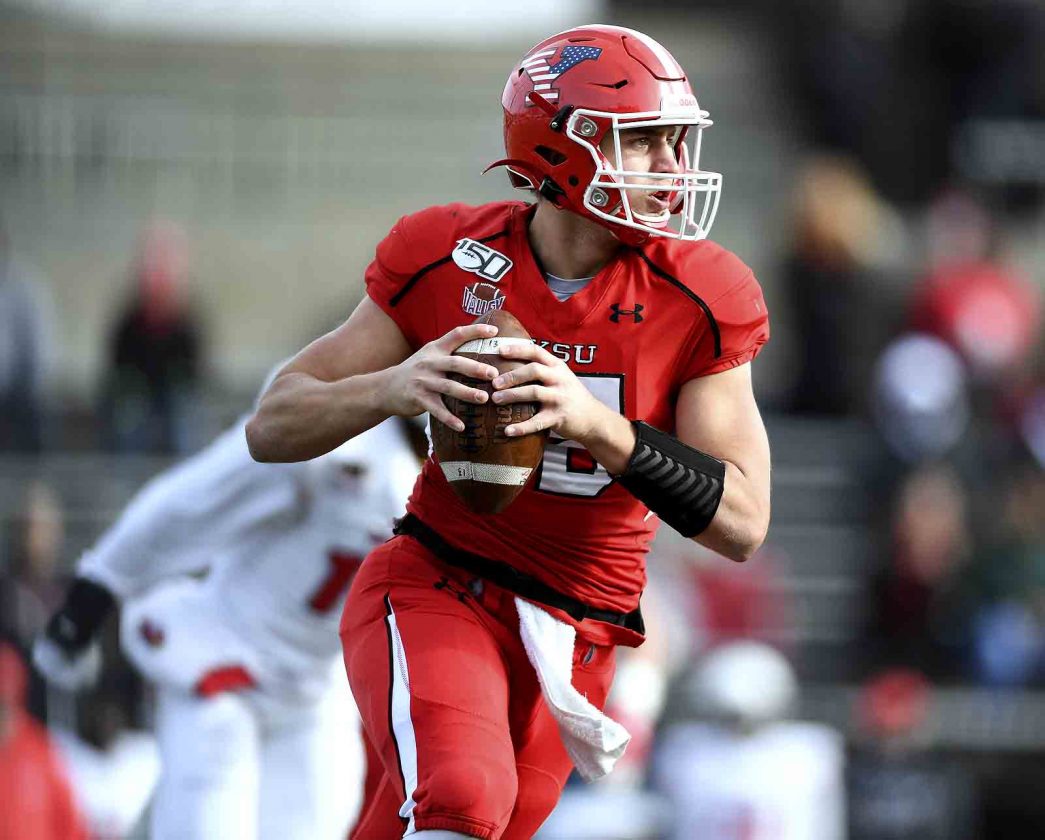 YOUNGSTOWN — There has been an evolution of sorts during the quarantine version of Youngstown State’s spring football.

The Penguins, like all college football teams, have not been permitted to do in-person workouts or practices, so they’ve used different virtual programs for meetings. Technological platforms such as Zoom and Microsoft Teams allow coaches and players to have face-to-face interaction for film study and discuss Xs and Os.

First-year coach Doug Phillips and the rest of his coaching staff have taken their virtual practices a step further, in an effort to be as prepared as possible when (or if) fall camp begins. YSU’s staff is using video simulations of plays and formations to challenge the players to communicate with coaches and teammates during the virtual meetings.

“We can show them film and we can hear the kids now communicate,” Phillips said. “We can maybe get a cadence. We can get the ball snapped. We can hear the offensive line calling out fronts. I can hear the linebackers setting the front defensively. So, when I go in those unit meetings, I’m hearing our kids speak like we’re on the playing field and we’re going through an inside run period during a practice.”

The Penguins are at a bit of a disadvantage compared to other teams during the pandemic.

A coaching change brings new terminology, formations and personalities. Phillips was hired in early February, so he and his staff only had a few weeks to work with the players before stay-at-home orders were put in place. The lack of in-person meetings and practices made implementing the schemes and verbiage difficult, but the Penguins are evolving.

“When life brings you adversity, you’ve got to find ways to push through it and succeed,” said sophomore quarterback Mark Waid, a Girard High School graduate battling to become the starting quarterback. “We’re finding the best possible solutions for the outcome we’re dealt with. You can look at it as a negative, but at the same time, we’re putting so much time and effort into learning the game plans, learning the installs.

“With the technology we have now, with Zoom and Microsoft Teams and stuff, we have simulations where … we can put a defense on a screen, and we go through our calls, we get in our stance, we talk through whatever our responsibilities are, where we’re going with the ball, why we’re running it. We just talk through it.”

Phillips said he still is awaiting word on when the NCAA will allow teams to start meeting and practicing in person.

He said he’s hoping they can receive some type of offseason training time between now and fall camp, similar to the organized team activities, or OTAs, of the NFL. Until then, he and his staff are making the best of a bad situation during the pandemic.

Breaking down the terminology barrier, one of the biggest challenges of a coaching change, and improving communication within the team and coaching staff is a step in the right direction, and the players are noticing it.

“That’s why I like the simulations,” junior linebacker Ray Anderson said, “because it’s going through all the things we’re going to do before the play, so when the bullets do get flying, it’s not confusing.

“… Before we even line up and the ball is snapped, we should all be comfortable knowing exactly what we’re doing. If I call out what I’m doing, maybe it will help the guy next to me figure out what he’s supposed to be doing.”

The simulations themselves already have started to evolve.

Coaches are able to “share” their computer screen, which means players are seeing a full-screen view of the formation or play or whatever is on the coach’s monitor. At first, players were just sitting down or relaxing as they made calls and explained their responsibilities. Phillips changed that real quick.

“I remember the first time the quarterback did it, I saw the linemen sitting on chairs,” recalled Phillips of a virtual meeting, “and I’m like, ‘Get them up! I want them (in their stance) like they’re on the offensive line. Even the quarterback, I want him loud. There’s 30,000 people at Stambaugh Stadium. I want you loud. I don’t care who’s in the house, you better be shouting out that cadence.’ “

Coaching, and coaches, are adapting to the times, and players are doing their best to follow suit.

A group of young adults, who have only had a few in-person conversations with the men tasked to turn them into the best players they can be, must blindly trust them. Creating that faith is something they realize must occur sooner rather than later.

“We can’t debate or say who’s right or who’s wrong or go with a different way of thinking,” Anderson said. “We only got one option right now, and that’s either buy into what the new coaches are saying or it’s going to be a struggle all year trying to figure out who we are.”