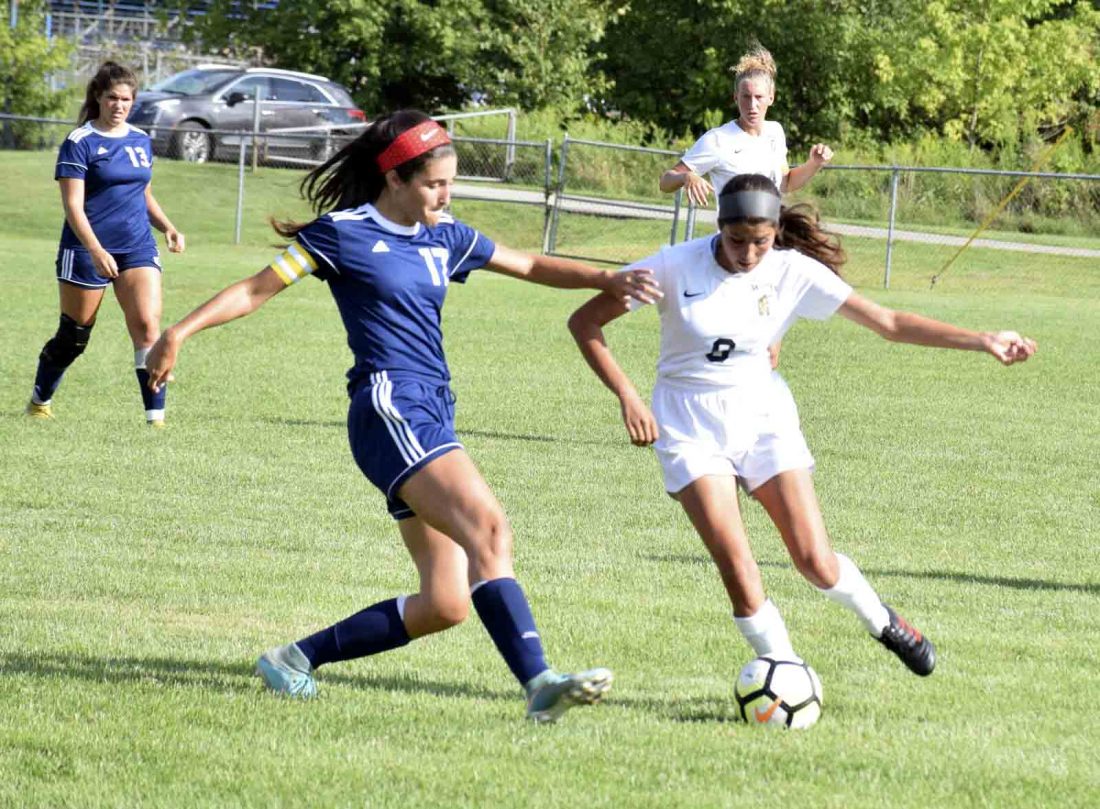 Alissa Scattino always had a bird’s-eye view of the grassy soccer field even though her feet were usually all over the pitch.

Caitlyn Condoleon got the lion’s share of the scores, but it was Scattino who usually set her up for success.

“Alissa was kind of the core of our offense and defense,” JFK girls coach Kayla Zoccole said. “Being in the middle of the field, she was the type that maybe took a shot on goal and run 60 yards to our goal box to defend back there, too. She’s just a workhorse. She’s really a scrappy player. She’s not afraid of nothing. She’ll fight tooth and nail, roll around on the ground with another player to win the ball, win a header — do whatever it takes to win the ball. She’s a very smart player. She can put the ball pretty much wherever you need her to put it. That was what was so good for her being behind Caitlyn. She was very good at timing the ball for Caitlyn’s runs and putting the ball up and over the top for Caitlyn to run to and giver her the perfect opportunity to score.”

Scattino saw the perfect opportunity for herself as the JFK senior is playing with Baldwin Wallace University next season, majoring in sports management.

Her older sister, Aundrea, plays at BW. The two played many years on club teams, but never in high school. Aundrea wanted to play at JFK, but the Eagles didn’t have a girls team at the time. She played with Niles.

The two will have two seasons to play soccer together for the Yellow Jackets.

“I really missed out on us playing high school together,” Alissa said. “That was another reason I chose BW, to see how much she loved it there. To be able to play with my sister for two years has just made me want to like be at BW and be a Yellow Jacket.”

It’s definitely a place both sisters want to be next season.

“She says she believes in their values,” Alissa said. “They’re team-based. She said you really do have a family there. I know people say in college you develop an automatic family. I felt that was the right choice for me because of how close they are to the team and how they want to win a championship like I did in high school.”

Zoccole said she sees a bright future for her former player at BW.

“She’s an overall, very good open-space defender which is kind of hard to have in a soccer player. Normally you can have the end line force it in one direction. She’s very good at defending in open space and playing the ball.”