Son of legendary Penguin running back heading to YSU 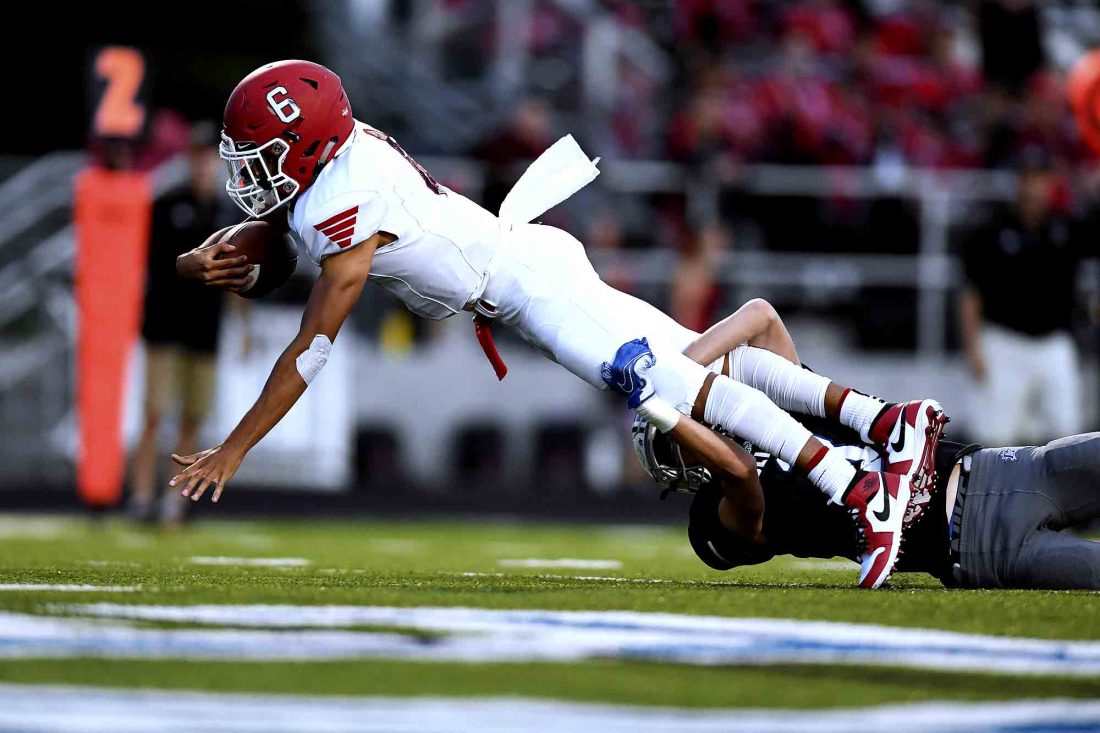 YOUNGSTOWN — Look up the name Adrian Brown in the Youngstown State University Media Guide, and there will be 88 references to the former football great.

Even though the running back retired years ago and has since been selected to the YSU Athletics Hall of Fame, his name could pop up even more in the coming years.

Adrian Brown Jr., his son and a senior standout running back/defensive back at Struthers High School, recently committed to YSU.

Brown Jr., who was recruited as a defensive back, had several other options to consider. He turned down interest from smaller-division schools such as Tiffin, Findlay, Mount Union, Fairmont State and Ohio Dominican.

The thrill of carrying on the Brown name at YSU was too much to pass up.

“My dad went there, and he holds records to this day,” said Brown Jr., whose father’s 57 rushing touchdowns is still a school record. “I wanted to follow in his footsteps. And I feel like I can play D-I.”

He’s not the only one.

First-year Struthers football coach John Bayuk was the defensive position coach for Brown Jr., the past three years. As just a sophomore, Brown Jr. was asked to play strong safety, one of the more physically and mentally demanding positions on the Wildcats’ defense, according to Bayuk.

The scrappy sophomore finished fourth on the team with 59 tackles, and he was the starter at strong safety the next three seasons.

“With the type of defense we run, that’s the most difficult position to play,” Bayuk said. “That’s your hybrid kid. He’s either dropping back as a safety in coverage or he’s rolling up in the box and playing linebacker. You really have to be a versatile football player to be able to do that effectively, and he did it for three years. He didn’t just do it his senior year when he was 18 years old and physically able to do it — he answered the call all three years.”

He was the workhorse at running back as a senior, too.

Brown Jr., averaged 7.3 yards per rush in 2019, rushing for 960 yards and 15 TDs on 132 carries. He led Struthers to the OHSAA Division IV playoffs. He finished second in tackles (62), tied for first in pass breakups (5) and forced fumbles (2) and also had two interceptions, one in which he returned for a touchdown.

A physical player, he was known for coming down and making big hits, which surprised some as he’s listed at just 6-0, 170 pounds.

“His M.O. was he was a big hitter,” Bayuk said. “Some college coaches considered him a little undersized, but he didn’t play like it. Whenever college coaches came in, I always told them that he played like he was a 200-pound linebacker. He’s a really tough kid. … If I had to take a kid into battle with me, he’s my first kid.”

Brown will be a walk-on for the Penguins, who are welcoming in first-year coach Doug Phillips.

Phillips is not yet allowed to comment on incoming freshmen who aren’t signed, but Brown Jr., is expected to play corner at the college level. Regardless of his position and standing as a freshman walk-on, he’s looking forward to making a name for himself.

“It’s definitely going to be a challenge,” he said. “I’m a freshman walking on. I don’t have a scholarship, so I’ve got to get there and prove who I am. I’ve got to show them who I am.”

Bayuk has faith Brown will make his presence known.

“Honestly, the kid could play anywhere he wants as long as he commits himself to the position they want him to play, the weight room and speed training,” he said. “If he commits himself to that, that kid can play anywhere because you can’t teach toughness. You can coach a kid to catch a football. You can coach a kid to throw a football, but you can’t coach what Adrian has. He has a great opportunity, and I’m really excited for him.”