Panthers brought back 10 from district champs 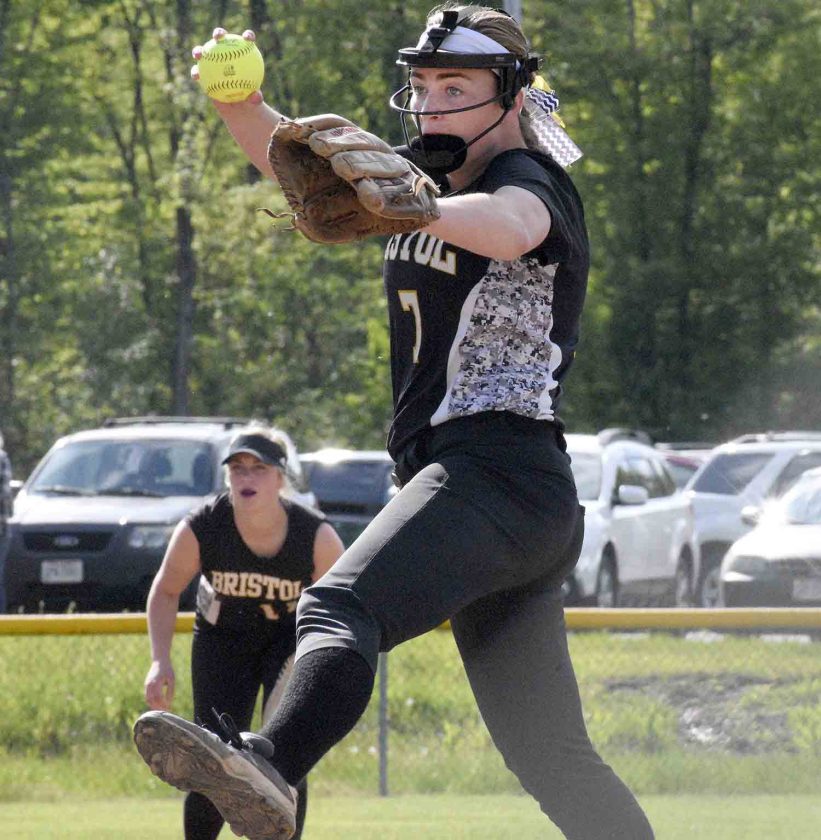 Staff file photos / Brian Yauger Bristol’s Alayna Sines fires to the plate during the Panthers’ win over Mathews last May in the Division IV district title game at Candlelight Knolls.

Editor’s note: Despite the fact the high school spring sports season in Ohio has been canceled before it got started, the Vindicator and Tribune Chronicle will continue to profile area teams and athletes. Readers can approach the stories with the attitude of “What might have been.”

It was expected to be a season of reloading for the Bristol softball program.

Though the Panthers had lost to graduation three key pieces from their 2019 Division IV district championship team, Bristol was very optimistic about the 2020 softball season.

“We were very positive about our practices and we actually thought we were going to have another successful season,” coach Alisha Kugler said. “It was just going to come down to chemistry and filling a couple spots on defense.

“We had lost the left side of our infield (Kendyl Switzer and Emily Bush), in addition to Kayla Switzer in left field. Those were three pretty significant losses defensively and offensively, but we felt like we were going to be able to reload.” 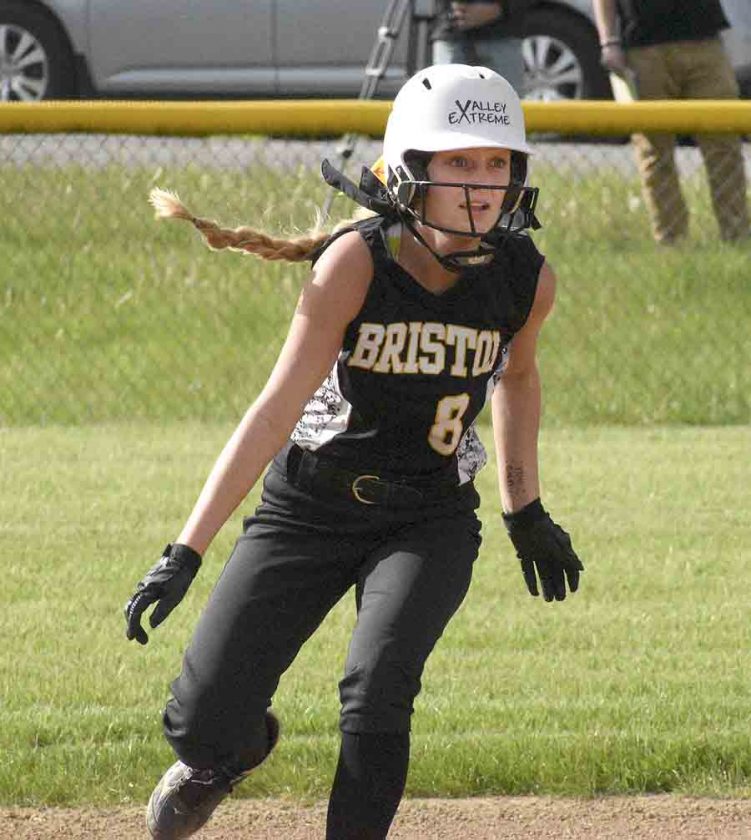 Staff file photo / Brian Yauger Lindsay Miller is one of five Bristol seniors who did not get to play their final season of high school softball.

The Panthers finished 19-5 last year, went undefeated in the Northeastern Athletic Conference and won the district at Candlelight Knolls by beating Mathews, 4-3, in the title game. Bristol lost, 7-1, to eventual regional champion Jeromesville Hillsdale in a regional semifinal.

Kugler’s team returned 10 letter winners this spring, including two experienced pitchers and three sophomores she was counting on to take the next step in development.

Of course, all of that thinking went out the window when the remainder of the school year, including all spring sports, was wiped out by Gov. Mike DeWine’s actions to prevent the spread of COVID-19.

“They were very upset. I think they’re just really going to miss the camaraderie and they’re just sort of wondering what would have happened with this season,” Kugler said. “I have five really great seniors, really great kids and a joy to coach. It’s hard to lose a group of kids like that.

“Regardless of how the season would have gone with wins or losses, to lose a group of kids like that, just from a team standpoint, and to see them grow into such good people over the last three-plus years.”

Sines was returning as the Panthers’ main pitcher.

“Alayna and (sophomore) Jaylyn Mullenax were going to do the majority of the work on the mound. I also have a freshman, Megan King, who would probably also have seen some time,” Kugler said. “Last year we had Alayna, Kendyl Switzer, Kayla Switzer and Jaylyn. I split it pretty evenly until we got to the playoffs, and then Alayna did most of the legwork during the tournament.”

The Miller sisters, sophomore Billie and senior Lindsay, were expected to split the catching duties with Billie behind the plate a little more. Lindsay plays centerfield or rightfield when not catching.

Junior Brooklyn Mullenax returned to first base where “she does a great job digging throws out and stretching for balls,” according to Kugler.

Sines or Mullenax was to play second base when not pitching, and Sorvillo was expected to step in at shortstop.

“At third base we weren’t quite sure, but it was between (junior) Brittany Mooney and Megan King,” Kugler said. “They both probably would have seen time at third base.”

Mooney lettered as a freshman in 2018, but ran track last season.

The outfield was expected to consist of Homchosky, Lindsay Miller when not catching, junior Tara Burggraf, Coots and sophomore Alexis Shafer.

Others expected to contribute were Ashley Bahrey and Julia Howser.

Offensively, the production was expected to come primarily from Sines, Billie Miller, Shafer and Homchosky.

“We had a lot of power last year with Kayla and Kendyl in the middle of the lineup,” Kugler said. “This year, we expected our sophomores to really step up and fill those shoes. Especially with Billie and Jaylyn. we thought we were going to have more speed than last year.”

Kugler, entering her third season with a record of 37-11, had perhaps a better idea of how things would develop regarding the spread of the coronavirus in early March.

“I was keeping an eye on the news as far as everything with COVID, and I didn’t think schools would necessarily be closed. In the past, my husband and I have hosted exchange students from Spain and Italy, so we had been in contact with them and had known that their schools were closing,” she said. “I think they closed a week or two before we did. So I started to have a sense as we got closer that things were not going in the direction that were positive for schools being open and for what our season might look like.

“They (players) were staying focused as if we were going to play. I don’t know if they had a sense that things were getting that serious.”

Once schools were closed through the end of April, the Panthers, like most high school teams in Ohio and around the country, went into wait-and-see mode.

“I told them we have to treat this as if it was going to be for the three weeks or whatever the initial shutdown was for. The people that were going to have the best seasons were the people that are working during this off time,” Kugler said. ” So whether that’s going outside and throwing with a sibling, a parent, that kind of thing, we told them they had to stay sharp and act as if we’re going to play, because we didn’t know what was going to happen in three weeks.”

Of course, in the end, there was no return and the season, unfortunately, never got started.

Kugler has looked into the idea of getting her players out on the ballfield at some time, perhaps in the summer.

“I talked a little bit with my athletic director about what we can do and we are looking hopefully to the summer when maybe we can do something like that,” she said. “Just to kind of give them a little bit of closure on their season, something for them to go out on a high note.”

NEW YORK — Bartolo Colon refuses to entertain the idea of retirement. It doesn’t matter that he didn’t ...

TORONTO (AP) — The NHL hopes to have players back in team facilities soon — with plenty of precautions. The ...