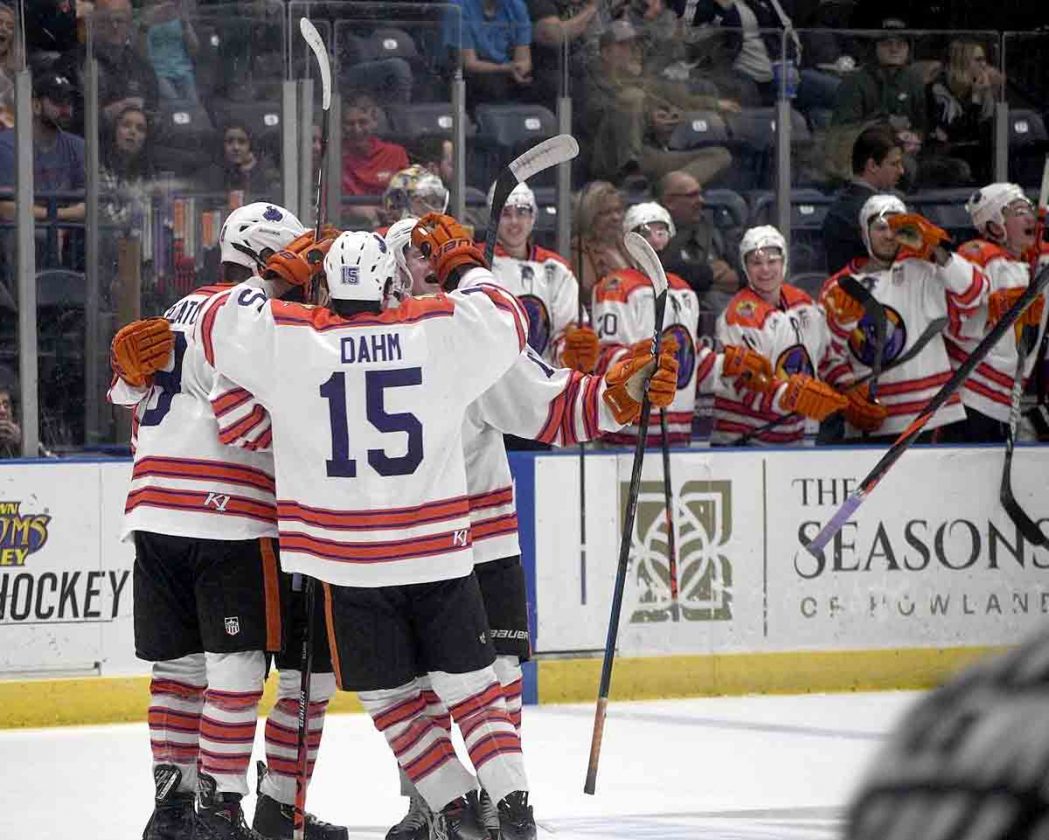 YOUNGSTOWN — Youngstown Phantoms defender Jason Dobay was Saturday’s hero as he fired a slap shot past US National Team Development Program goaltender Gibson Homer to cap off a 6-5 comeback victory in overtime.

“There were crazy ups and downs, a lot of momentum swings, it was physical and there were some great plays,” Phantoms coach Brad Patterson said. “I’m sure it was a great game for the fans.”

As soon as the puck dropped, the Phantoms had the advantage due to an unsportsmanlike conduct penalty called on the Team USA bench before the game started.

That advantage didn’t pay off as Team USA struck first when defenseman Roman Schmidt got them on the board at the end of the first period. They added a second goal with Jack Hughes scoring just 30 seconds later.

Going into the second period, the Phantoms found themselves in an even deeper hole as Team USA defenseman Ty Murchison made it 3-0 just five minutes into the second frame.

At that point, the Phantoms began to get more and more opportunities at the net. Those chances paid off, as right after Murchison’s goal Ben Schoen scored to cut the lead to 3-1.

Not long after, Jacob Felker brought the Phantoms within one goal and momentum started to favor Youngstown. That momentum came to a screeching halt, however, as the USNTDP scored two goals in the span of 14 seconds.

Chaz Lucius scored first and then his linemate, Sasha Pastujov, potted what could have been the dagger that would stop the Phantoms.

After the unassisted shot by Pastujov gave Team USA a 5-2 advantage, Patterson made a switch at goaltender, bringing in Shaker Heights native Colin Purcell.

Purcell made some crucial stops to kickstart the team’s momentum again. He finished the game saving 14 of the 14 shots he faced.

Team USA has a reputation for making opposing teams pay for the slightest mistakes, so Patterson said he was impressed with how Purcell played going in cold.

“He makes multiple Grade A stops when he comes in and that’s really hard to do coming in cold,” Patterson said. “This is the type of team where you might limit their shot totals, but if they get a couple of looks and they’re gonna really make you pay. We’ve seen that time and time again, it was no different tonight. I’m very proud of Colin to go into a tough situation and really do well.”

The Phantoms’ comeback was kickstarted by a goal from center Georgi Merkulov that came just a minute into the final period.

Trevor Kuntar continued his scoring tear with an assist on Merkulov’s goal, and then scored a goal of his own. He has 37 points on the year and is second in the USHL in points and first in the league in goals with 22.

Aidan Gallacher scored in the final two minutes to send the game to overtime and Dobay’s shot from the faceoff circle went into the net and bounced out, but the goal counted and gave the Phantoms the win.

The Phantoms’ penalty kill, which has arguably been the team’s biggest hitch, was much improved from games past and played a big part in the victory. The 15th ranked kill in the league shut down seven of the eight power plays Team USA had.

“They did a tremendous job minimizing the Grade A looks, and when they did get them, our recoveries were good,” Patterson said. “When we did break down we found a way to battle through that.”

The Phantoms (13-14-4-1) have a five-game homestand starting Friday against the Tri-City Storm. Puck drop is scheduled for 7:05. 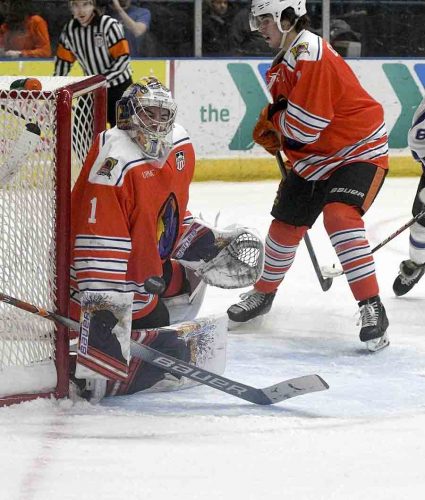