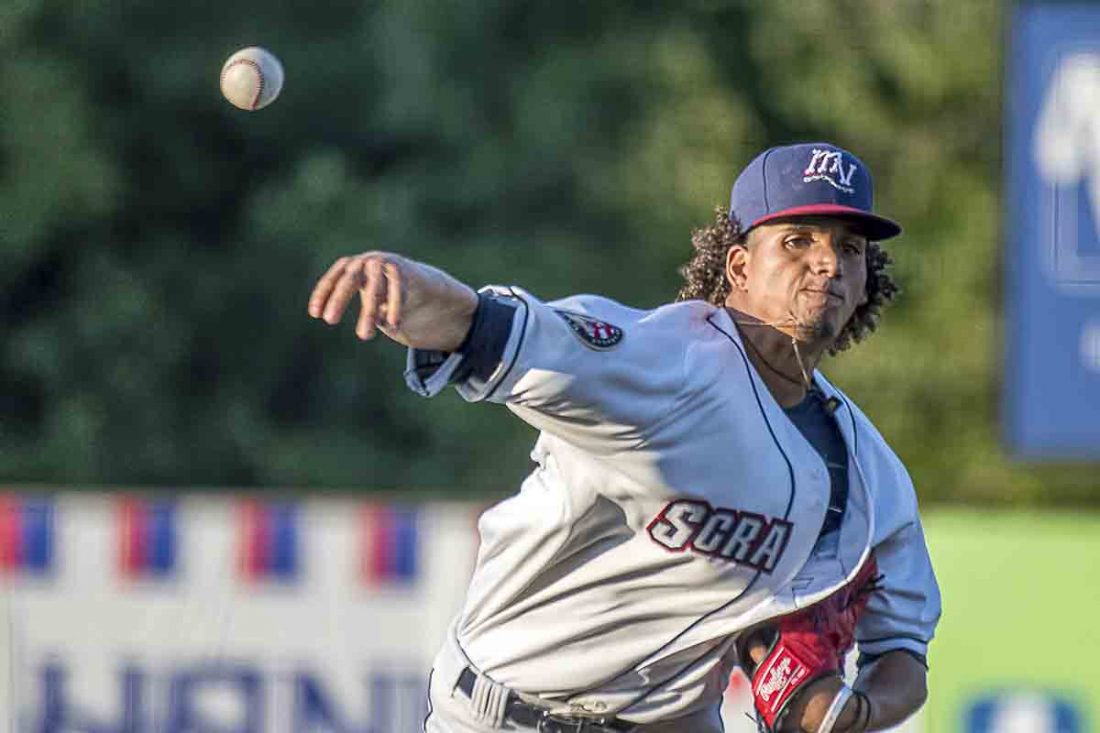 NILES — The Mahoning Valley Scrappers began their final homestand of the season Wednesday with little room for error.

The Scrappers entered the night 3 1/2 games out of first place in the Pinckney Division of the New York-Penn League. Visiting State College was two games behind first-place Batavia.

The Scrappers did their part in keeping their slim postseason hopes alive with a 5-4 win over the Spikes in front of 2,205 fans at Eastwood Field.

While the Scrappers were taking care of business at home, Batavia rallied for an 8-7 win over West Virginia.

The Scrappers and Spikes finish out a three-game series on Friday. The Scrappers then welcome West Virginia to Niles for a four-game set that will conclude the regular season.

“We just have to do our part, just keep plugging away, we can’t worry about what any other team is doing,” Scrappers left fielder Korey Holland said. “Regardless of what happens elsewhere, we want to finish strong as individuals and as a team. If we do that, we’ll be satisfied.”

The Scrappers (35-35) evened their record thanks in part to Holland’s timely hitting. The 19-year-old doubled, tripled, knocked in a run and scored a run to trigger the Scrappers’ offense.

MV took a 2-0 lead in the third inning on Holland’s two-bagger, which plated a run. Holland then scored on a Brayan Rocchio infield single.

After the Spikes cut their deficit to 2-1, Rocchio scored the Scrappers’ third run of the game in the fifth without the benefit of a base hit. Rocchio was issued a one-out walk. He then stole second, advanced to third on a wild pitch and scored on a throwing error.

The Scrappers scored two more in the sixth to go up 5-1. Another State College throwing error plated the first run of the inning. A Johnathan Lopez base hit put the Scrappers up by four runs.

“You have to take advantage of every opportunity given to you, and we seemed to do that tonight,” Scrappers designated hitter Yainer Diaz said. “You take advantage of mistakes, and sometimes that puts you in a better position to win.”

The Spikes made it a 5-3 game in the eighth on Dariel Gomez’s second home run of the night — a two-run shot. The Spikes then cut the lead to 5-4 in the ninth on a Luis Flores leadoff blast over the left-field wall.

Jerson Ramirez (0.76 ERA) then entered the game and retired three straight batters — including two on strikeouts — to earn his sixth save of the season.

“This has been an up-and-down season,” Holland said. “Every time we seem to be down for the count, we bounce right back. We had a tough loss (Tuesday) in extra innings in Auburn. We get on the bus and come right home and win.

“We’ll see how this last week plays out.”

The Scrappers and Spikes return to Eastwood Field at 7:05 p.m. tonight in what will be the final Buck Night of the season.