Browns’ Pruitt has tales to tell

WARREN — When a couple of legendary players from the Cleveland Browns and Pittsburgh Steelers come to the fourth annual Warren Legends Celebration dinner and golf outing to tell stories of the teams’ NFL rivalry, the tales of Greg Pruitt will be hard to top.

The former star running back for the Browns played against Pittsburgh during the Steelers’ golden era in the 1970s, when they won four Super Bowl titles, but that doesn’t mean Pruitt and the Browns didn’t have their moments.

“When I look back at my career, I can say that I performed in what I thought was the best division in football — the AFC Central,” said Pruitt, who was elected to five Pro Bowls and is fourth all time on the Browns career rushing list. “Unfortunately, all the teams kind of knocked each other off, with the Steelers being at the top of the half. We couldn’t beat Pittsburgh in Pittsburgh, and Pittsburgh couldn’t beat us in Cleveland.”

The memories started early for Pruitt.

In his first year out of Oklahoma, he didn’t play much as he backed up Hall of Famer Leroy Kelly, but Kelly suffered an ankle injury during that 1973 season, and Pruitt’s first extended time as running back came in a prime-time home game against the Steelers.

The 5-foot-10, 190-pound running back made a few key plays on the final possession, including running in the game-winning touchdown as time expired. It’s a moment he hasn’t forgotten, for a couple of reasons.

“The last play of that game was a sweep to the left with Gene Hickerson pulling, and I ran for a touchdown,” Pruitt said, “and when I ran that touchdown and the clock ran to zero, those fans hit that field like we had won a championship. I joke with people all the time that when they took the field, they were trying to pull the goalpost down, and when you’ve got five or six people patting you on the back congratulating you, that’s OK, but when you got over a thousand people, that’s a beatdown.”

The fun was just beginning for Pruitt.

The young running back admittedly panicked. In the 1970s, the Browns shared Municipal Stadium with the Cleveland Indians, and in his panic, Pruitt’s first thoughts were to find a dugout as a place to hide behind security guards. He found one, and it was there that things took a strange turn.

“I stood there, and I kind of took in how big of a game this was to the fans,” he said. “And it dawned on me that I had ran the winning touchdowns, so I was actually standing there watching these people swing these goalposts, trying to get it down, and I started asking myself questions that I thought the reporters might ask me, so I could give an answer that I could recall later and enjoy.

“So, when I finished rehearsing,” he added, “I ran up the tunnel and into the locker room, and I had gone into the wrong dugout and the wrong locker room. I ended up in the Pittsburgh Steeler locker room. That’s a true story. It was quiet, and they weren’t very happy to see me.”

By the time Pruitt left, waited for the crowd to disperse, jogged across the field and went through the dugout to the locker room, the reporters were gone. Pruitt missed the chance to elaborate on his shining moment.

A Brown for nine seasons, he would have others, albeit this one wasn’t nearly as glorious.

Pruitt played against the Steelers’ vaunted Steel Curtain defense, and he said there was one season in which he was the only back to rush for 100 yards against Pittsburgh. His reasoning as to how he was able to accomplish such a feat is a bit, well, gross.

Pruitt was just getting over the flu as the big rivalry approached, and while most of his symptoms had subsided, a runny nose lingered. In an odd way, it helped.

“A gameplan for us was to go to the line of scrimmage, let Pittsburgh get into its defense and then audible to an offensive formation that would give us an advantage,” Pruitt said. “… Sometimes we shifted more than twice, trying to get that advantage. That was OK except that my problem was that my nose was running, and once you shifted, you couldn’t move (or it was a penalty).

“We came out of the huddle early in the game,” he added, “and we got into a formation, Pittsburgh shifted, (quarterback Mike) Phipps audibled, and then I couldn’t move after that, but snot was coming down my nose. I couldn’t move, wipe my nose, nothing. I just stayed in my stance, and the play was to me. It was 22-trap, right over the middle, and when I got the ball, a couple of those guys hit me and snot went everywhere. These guys get up off the tackle saying, ‘Dang man, can’t you blow your nose?’ I said, ‘Nah man, this is how it’s going to be the rest of the night.’ After that, they tried to arm tackle me, and as a result I got 100 yards.”

Pruitt will get to tell some more stories on Aug. 17-18. He along with Hall of Famers Paul Warfield, Franco Harris and Mel Blount will reminisce about the rivalry, among other topics.

If the stories are anything like the aforementioned ones, the weekend could be a lot of run. 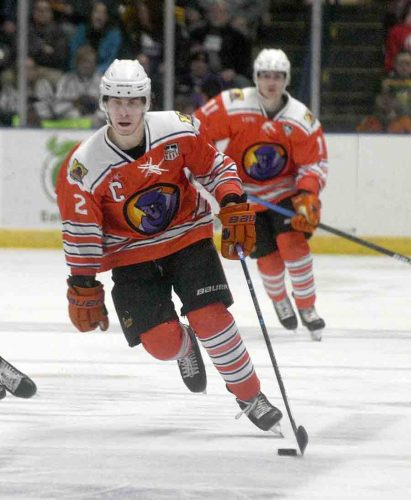