Season another homecoming for manager 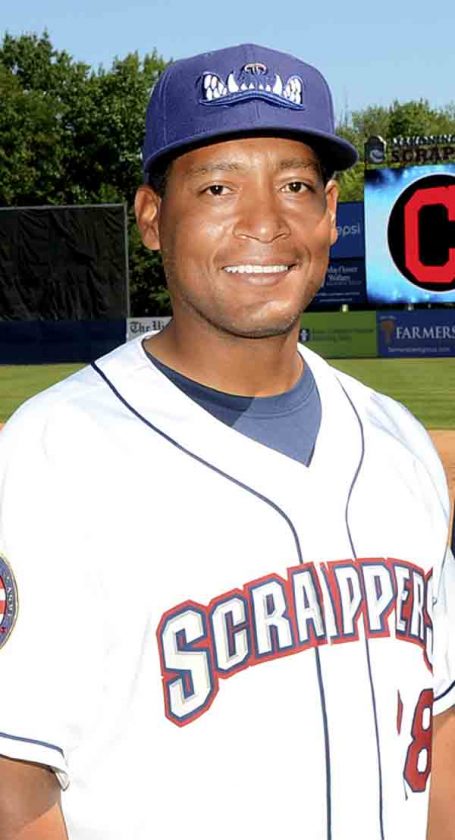 NILES — The gloves are broken in, the bats are ready and baseball is in the air at Eastwood Field. The Mahoning Valley Scrappers are preparing for the 2019 season, which begins Friday in Granville, West Virginia, versus the West Virginia Black Bears.

This season marks a homecoming for first-year Scrapper manager Dennis Malave, who was an outfielder for the Scrappers from their inaugural season in 1999 until 2001.

“This is going to be another opportunity to have a lifetime of memories and opportunities to continue to meet people and continue to see players getting better, just like I did in my first season in ’99 here,” Malave said. “I’m excited to come back and be here for the fans, for the city, and for the players too.”

Malave was signed as an undrafted free agent out of Venezuela in 1997 and has spent 15 seasons in the Cleveland Indians organization. He most recently served as the bench coach for the Akron RubberDucks in 2018. Prior to that, Malave was hitting coach for the Arizona League Indians from 2011-17.

In 2010, Malave made his first return to the Scrappers, when he served as the team’s hitting coach for one season. He also served as the Indians’ bullpen catcher from 2007-08.

Although Malave has moved around within the Cleveland organization, he hasn’t forgotten his roots from his early days of playing professional baseball. Patti and Bob Bicksler were Malave’s host family during his playing days at Mahoning Valley. At the Scrappers’ home opener on Sunday he will have a chance to make his home managerial debut in front of the same family that originally hosted him over 20 years ago.

“Many years ago, I had an opportunity to meet Bob Bicksler, who was my American dad, and he’s going to be here in the stands. I’m going to be able to celebrate (Father’s Day) with him and just have a good family time,” Malave said. “It gave me an opportunity to have a family that I care for, and they care for me and we became a true family.”

Malave stayed with the Bicksler family during his three seasons as a player with the Scrappers, and he stayed in touch with them ever since.

“Last year I drove here, even though I didn’t have the opportunity to come to a game, I drove in and we had some family time,” he said.

Coming from Venezuela, Malave said he understands the challenges that some players may face with communication and culture when transitioning to baseball in the United States.

Malave said he believes that having a strong support system can help players ease into that transition.

“Having the host family help myself, and help so many other players, speeded up that process,” he said “I remember playing with some American players that helped us tremendously in becoming one team.”

He has fond memories of being able to play football during his downtime as a player at Mahoning Valley.

“Just going out in the backyard and putting on a helmet and shoulder pads, that was a good memory that I will still talk about,” he said “Being a Latin player we never had an opportunity to play football, and at the time we didn’t know any of the rules.

“We used to go out and just throw a football, which I still don’t know how to throw it,” he said with a laugh. “But we had a good time, they shared their experiences with us, and we shared some of our experiences with them, and that’s going back to the culture shock.

Malave said he is ready to use the experience he gained as a player within the Indians’ organization to help develop his team this season.

Malave said he knew as far back as his playing days that he wanted to coach.

“I always wanted to help my teammates, always wanting to support them, and I think that became a little easier for me, as I was always thinking about helping somebody else,” he said. “The Indians support me and gave me everything I need to get to know about becoming a coach. Up to this day I’m still learning and I’m looking forward to learn and get better this season.