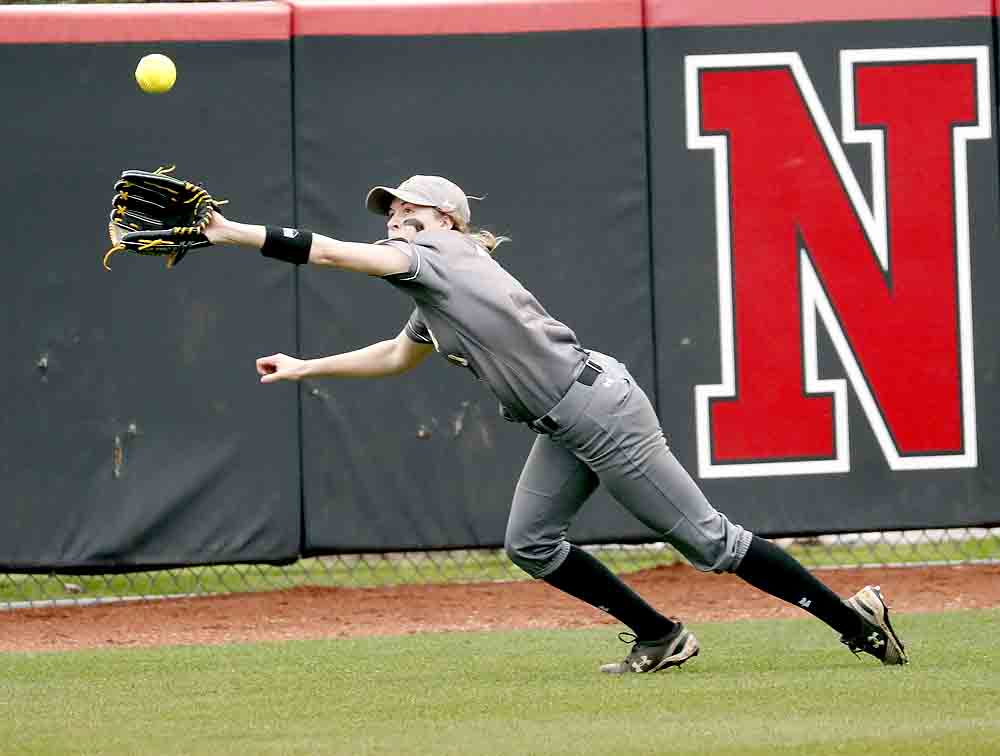 Jackson-Milton graduate and softball star Sierra Pierce is now thriving at the Division I level of college, having success with the University of Maryland at Baltimore County.

The Retrievers are having a great season, finishing 26-22 in the regular season, and sweeping through the America East tournament to qualify for the NCAA Division I softball championships.

Pierce, a sophomore, led the team with a .348 batting average and 33 RBI for the Retrievers. She has also hit 16 doubles, leading the conference. She has a method that seems to work quite well for her.

“Just staying through the ball, keeping my hands high and making sure that it gets on the ground,” Pierce said.

Despite the individual successes she’s had in her two years with the program, Pierce remains focused on the team aspect of the game.

“I’m just doing whatever I need to do to help my team succeed,” Pierce said. “Whether it’s laying defense behind Courtney (Coppersmith) who is doing a great job for us in the circle or hitting runners in. The top of the lineup has been doing a great job of getting on base early.”

In the America East Tournament, Pierce went 6-for-14 at the plate and rounded the bases four times and brought in just as many runners.

Pierce has received high praise from her coach, Chris Kuhlmeyer. He mentioned how the sophomore still can still improve in her final two years with the Retrievers.

“She’s still got a lot of room for growth,” Kuhlmeyer said. “She’s leading our team in hitting and leading the conference in doubles. She’s done a great job in the outfield which has helped us win ball games this year whether it’s been in center field or left field. She’s a great kid, she’s very unassuming and just loves to get out and compete, and is just a fun kid to be around.”

She was named first team All-County, All-District and was honorable mention All-State in her senior year at Jackson-Milton in 2017.

Pierce set multiple records with home-runs in seven consecutive games and recorded hits in 27 consecutive games. The best performance of her career was against Sebring where she went five-of-five with a grand slam and 9 RBIs, while also pitching a shutout.

Going from a Division IV high school to a Division I college may be a big jump, but Pierce says the high level of competition she faced from across the Mahoning Valley is the reason she’s done so well thus far in her college career.

“The competition around the area is great,” Pierce said. “We had a lot of very good girls that really pushed me to work hard, which really got me ready for college.”

Pierce is the lone Ohio face on the roster, and is proud to represent her state.

Baltimore County, Maryland, is a five-and-a-half hour trek from her high school stomping grounds, but Pierce thinks the distance is worth it for the fit UMBC is for her.

“The college, academic-wise is very good,” Pierce said. “It was just a perfect fit from when I stepped on campus. I loved it and I met all the girls and it was perfect for me.”

After college, Pierce, who is a graphic design major, wants to get into sports advertising and stay in the sports world.

Pierce and the Retrievers have their first NCAA tournament game tonight at 9:30 against Oklahoma, the top-seeded team nationally. The team might be having a loose regimen heading into their matchup, but that doesn’t mean they’re slacking off. UMBC is focusing on getting hits for their tough contest against the Sooners.