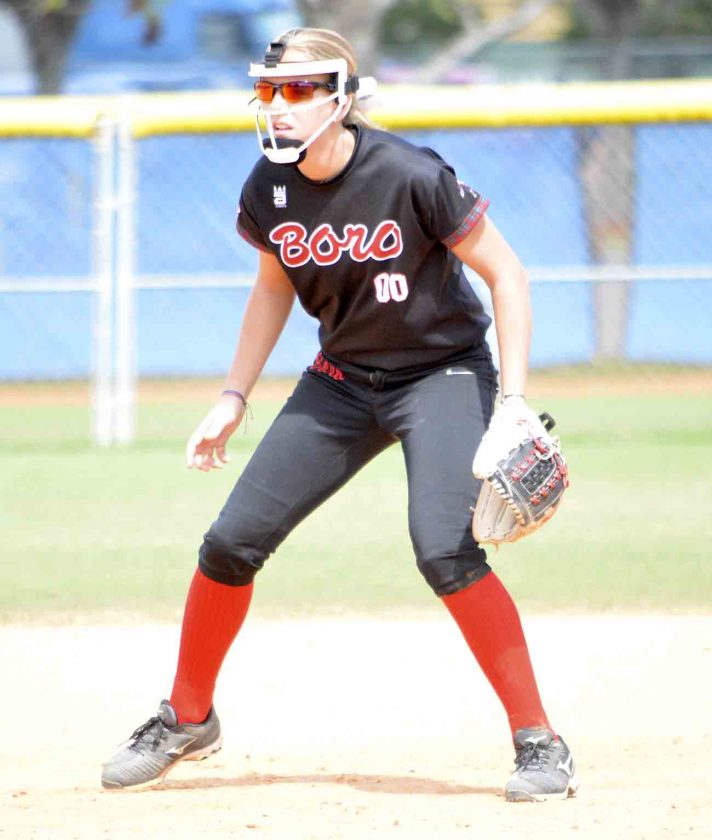 Brittany Allen, a graduate of Champion High School, recently concluded her collegiate softball career at Edinboro University and has left an unforgettable mark on their program.

“College softball has changed my life in different ways.” Allen said. “Not only did I enjoy being a college athlete and being able to play the last four years, but I gained a second family.

“I have become so close with my teammates and I will never forget them.”

Allen was a member of Champion’s state championship run in 2015, which saw the Golden Flashes compile a record of 30-4. After high school, Allen decided to take the next step and began attending Edinboro in the fall of 2016.

“I wanted to attend Edinboro because the campus was beautiful, and the class sizes were never too big.” she said. “Coach (Dan) Gierlak definitely made my decision to come here easier too. He was very welcoming and made me feel like Edinboro was the best fit for me.”

Gierlak has high praise for Allen.

“Brittany has been the ideal athlete for our program over the last four years. You can tell she comes from a great family background and was raised to work hard in everything she does.

“We have asked her to play a variety of different positions over her time here, and she has finally settled into her role at shortstop,” he said. “She is one of the hardest working kids I have seen come through our program. She is always smiling, and is both a leader on and off the field.”

The Fighting Scots boasted a mark of 22-19 (12-8 in the Pennsylvania State Athletic Conference) this season, which was their highest win total since 2015. They also clinched a spot in the PSAC tournament for the first time since 2014.

“Something that I will never forget is this past year we were picked sixth, which was last, for the PSAC West ranks at the beginning of the season. No one thought we would win based off of last year’s record (6-25, 2-16),” Allen said. “We opened up our conference season with a win against Seton Hill and we were able to beat Cal U for the first time since I have been here.”

Gierlak finds Allen’s work ethic to be one her strengths as an athlete.

“What she does differently that makes her stand out is her hard work off the field. For example, we had a team goal to reach 10,000 swings each before the start of the season,” he said. “Brittany set the tone for the entire team by reaching milestones of the goals before anyone else. She truly leads by example and this team is lucky to have her. It has been a great pleasure to coach her.”

Allen was also happy to represent her hometown at a higher level.

“It feels great to be able to represent the Mahoning Valley at the collegiate level. I would have never expected it to be this great. I love being able to come back to Champion and everyone asking me how softball is going, or how the team is. I think it is amazing how much support I have had from back home through my four years playing here.”

Although her college softball career is over, she has big plans in the works.

“My post-graduation goals are to find a job using my degree, which is in forensic accounting/fraud examination,” she said. “I would love to get in with a government position once I gain the experience that I need.”