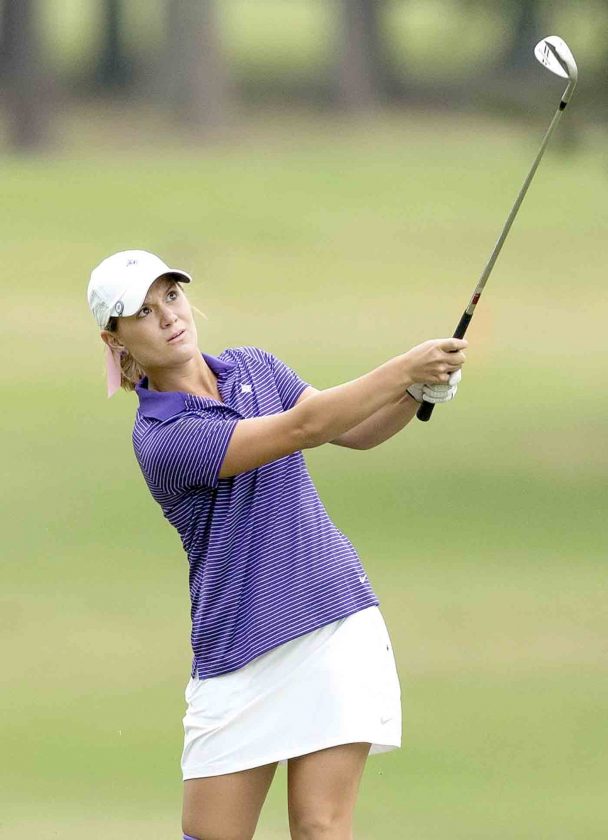 Haylee Harford watches it every year, the Masters.

The pageantry, the quiet lull of the announcers’ voices, the eye-popping colors so vivid you imagine you are there.

This year, the LaBrae High School graduate has an opportunity to be there.

In her senior season at Furman University, Harford, who averages 72.9 strokes per 18 holes for the Paladins, plays at Champions Retreat Golf Club on Wednesday and Thursday in qualifying. The entire field has a practice round on Friday at Augusta National, with the qualifiers after the cuts making it to the Saturday round to be televised on NBC Sports.

Harford is part of a prestigious field of fewer than 75 national and international players. The invitations were based off the players’ current ranking and world amateur golf ranking.

Harford is doing her homework on the tournament and said there will be Augusta National caddies there to give the players insight on the course. She’ll also rely on her abilities.

“I’m going to take the first few moments to admire the beauty of the course,” Harford said. “It’s an amazing course. I’m so excited to go and be able to play there.”

Harford is going to play in different formats against international competition.

That’s going to prepare her for the next step in her career, heading to LPGA qualifying school this fall. She’s graduating in early May with a degree in health science. Harford will pursue something in her degree later on, but for now all eyes are on the LPGA.

Former LPGA golfers are involved with the program and the Furman team had dinner with King in California after playing in an event.

“To get any advice from a player like that is very influential and inspiring,” Harford said.

Pepper has had some sage advice for the LaBrae High School graduate as well.

“She’s given me a lot of great advice and the direction I’m heading and the whole transition of college golf to professional golf,” Harford said.

Being at Furman has given her plenty of opportunities she might not be afforded playing up north. Seeing Darius Rucker on the course and getting a photo with him, that’s something you don’t do every day. But Furman plays in the Darius Rucker Invitational and the former lead singer of Hootie and the Blowfish holds a private concert for a couple hundred people involved with the event.

Trumbull County remains home for Harford who as won the Ohio Amateur tournament twice in addition to being medalist twice at the high school state golf tournament. Going to Riverview Golf Club in Braceville is home, no matter where’s she been.

Friends join her for a round of golf, touring the 18 holes of the course she knows so well.

“It does feel like home still, so that what’s cool,” Harford said. “I feel so comfortable being out there. Everybody there does feel like family. I’ve been there since I was a little girl.”

It’s a long way from Riverview to the Augusta National Golf Club.